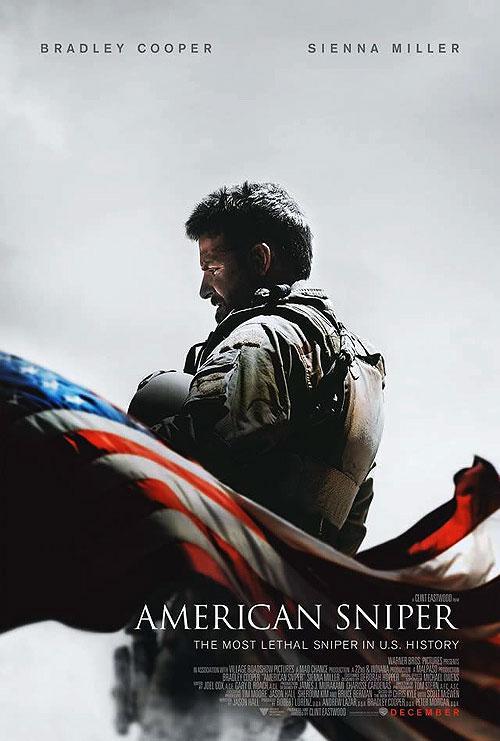 To use the Fox News parlance, finally the Iraq War has some ‘fair and balanced’ representation in the medium of film.

Age has not slowed down Clint Eastwood one bit.  A mere six months after Jersey Boys, the eighty four year old screen legend has released American Sniper, a film adapted from the autobiography of Chris Kyle – a U.S Navy Seal – who is recognized as being the most lethal marksman in American military history with at least one hundred and sixty confirmed kills.

American Sniper is a tightly focused film about the making of Kyle.  From an early age we can see that his father was an influential figure who taught him to hunt and who was partial to delivering the occasional fire-and-brimstone sermon at the dinner table.  “There are three types of people in the world” Kyle Snr explains after Chris has a school yard altercation with a bully.  “Sheep, wolves and sheepdogs”.  Kyle’s father challenges Chris and his younger brother to be sheep dogs.

That advice ends up falling on deaf ears for a period of time in Chris Kyle’s life.  He spends his early twenties as a cowboy attending rodeos but after a relationship ends badly, Kyle sits in front of a tv drinking beer and wondering what his life has become.  He decides to reinvent himself as a navy seal.  The conduit for Kyle finding his purpose is news footage of a US embassy bombing in the late Nineties.  Military combat ultimately helps Kyle assume his mantle as a sheep dog.

During his navy seal training, Kyle also finds a new partner in Taya, who he marries and has a child with.  Taya requires near saintly levels of patience and understanding to stay with Kyle during his military career but she becomes his critical link with humanity when he becomes deeply immersed in combat.

After 9/11, Kyle is sent to Iraq and his services are rendered as a sniper who clears the path for marines on the ground who go door knocking, hunting for terrorists.  His nerves are put to the test from the very first moment.  His first potential target is a woman and child who approach a marine unit and appear to be clutching a bomb.  When the child runs towards the marines, Kyle has a split second to decide whether to pull the trigger.  It seems like an impossible decision but Kyle is unflappable.  He shoots the child and mother dead.  He saves the marines. 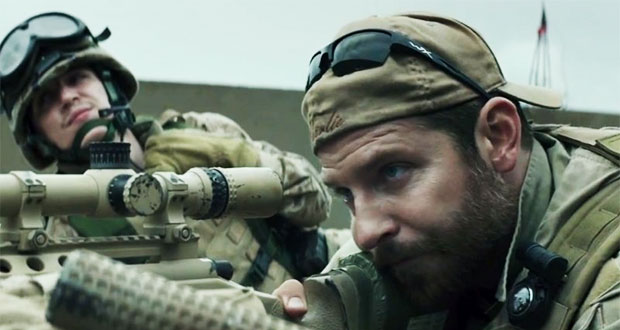 Kyle embarks on four tours of duty in Iraq and day by day, his reputation grows as his kill count rises.  For every marine Kyle is able to save however, he agonizes over the ones who perish.  Kyle’s bravery and fortitude is such that when he feels he can no longer meaningfully contribute to the safety of the marines from the rooftop of a nearby building, he leaves his post and joins them, walking door to door.

The film charts Kyle’s experience through four gruelling tours in Iraq, the toll it takes on his marriage and what brings him back from the brink of self destruction.

American Sniper has proved to be a divisive film and it’s little wonder.  Eastwood has produced a surprisingly partisan film, one that will be especially pleasing to conservatives.  Kyle’s belief in a divine Christian hand guiding his path through Fallujah is the type of stuff that Hollywood has typically shied away from.  The bible is a very visible and constant companion for Kyle and there is a lot of talk amongst the seals about an eye for an eye and bringing ‘the fear of God into these savages’.

Eastwood has made a film that is about masculinity, machismo and American exceptionalism.  To achieve that, Eastwood has eschewed the inclusion of any Iraqi characters with names or discernible personalities.  In the eyes of this film, almost everyone in Iraq is a terrorist.  There is a scene where a group of outraged Iraqis carry the body of a man slain by U.S soldiers through the streets.  Except he’s not an innocent civilian casualty, he’s a terrorist.  Everyone’s a terrorist.

In American Sniper, anyone who questions whether Kyle has potentially killed a civilian is framed as a bothersome pencil-pushing bureaucrat.  There is no scene where the film wears its politics more strongly on its sleeve than when Kyle attends the funeral of a slain captain.  During the memorial, the widow reads a letter from the captain which he wrote a week prior, where he questions the purpose of the Iraq War.  “That letter killed him” Kyle states gruffly when driving home.  The matter of fact delivery and context of the scene suggests that Eastwood thinks he’s right.

To that end, I found American Sniper to be an underwhelming and curiously simplistic film.  In such a messy and complicated war, it’s shockingly binary in its moral compass.  America good.  Terrorists bad.  It’s been ten years since Matt Stone and Trey Parker skewered that type of jingoism in Team America and yet here we are in 2015 with this film.  Even stripping out the politics for a moment, the film seems to inject some soul searching and moral ambiguity in Chris Kyle that he didn’t have.  He is softened around the edges to be made more palatable for the audience.

In his autobiography, he states “I wish I could have killed more people.”

In the film, this becomes “I wish I could have saved more people.”

The final chapter of the film portrays a troubled man, struggling to adapt to civilian life after the horrors of war.  The real life Chris Kyle wrote that killing Iraqis ‘is fun’ and he pursued fame and fortune through self aggrandizing of his exploits.  He was successfully sued for slander by Jesse Ventura for making up a story about giving him a black eye.

Was this really from the director who gave us the vastly superior Flags of Our Fathers and Letters From Iwo Jima?  I found American Sniper to be a simplistic film that was in very poor taste.

Summary : A partisan look at an extraordinary figure in the Iraq War. A disappointment considering the heights that Eastwood achieved with previous war films. 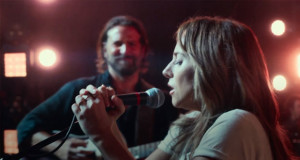