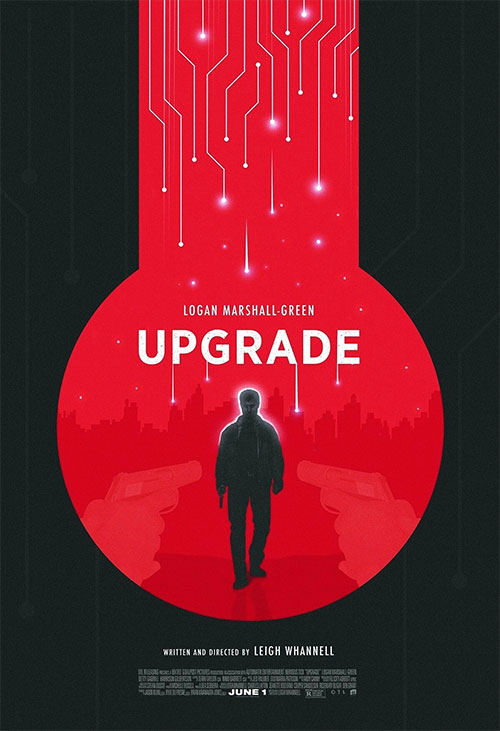 Despite what you might think, you don’t need a particularly big budget to make a great sci-fi film.  Over the years, I’ve enjoyed the likes of Equilibrium, Night Watch, Ex Machina and recently Annihilation – all of which have done a terrific job telling a tale set in a futuristic landscape on a shoestring budget.  Upgrade is another great example, having been made for the paltry sum of $3 million dollars and shot right here in Queensland, Australia.

The film is set in a familiar looking near-future world where technology has crept into virtually all aspects of life and the final frontier to be conquered is human augmentation.  Grey Trace is a techno-phobe mechanic who is married to Asha, who works for one of the companies that is a pioneer in human augmentation.

When Grey fixes the car of Eron Keen, the CEO of a rival tech company to Asha’s, Keen reveals to him his latest invention named STEM, an AI controlled auxiliary brain.  On the drive home with Asha, Grey’s car crashes in a shanty town populated by homeless people.  They murder Asha and shoot Grey, leaving him for dead.  When Grey wakens, he learns he is a quadriplegic and that law enforcement has been unable to identify or bring his wife’s killers to justice.  Depressed and suicidal, Grey has nothing left to live for when he is paid a visit by Eron Keen who offers to rebuild his body and rehabilitate him using his experimental STEM system. 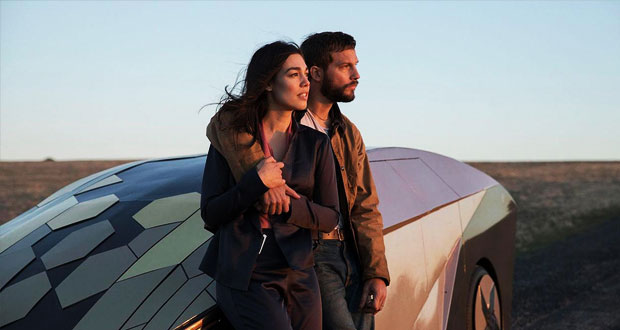 I think everyone knows where the story goes from there.

I’ve been pleased to read that Upgrade has been a modest success at the box office and I’ve seen the film pop up in Best of 2018 film lists.  It deserves all the praise that comes its way.  Whilst not an especially unique premise, Leigh Whannell and his team have created an absolutely ripping sci-fi revenge tale that is a fantastic showcase for Logan Marshall-Green as the vengeance seeking Grey and a great showcase for the special effects team that make a credible and vibrant looking futuristic world using the minuscule budget at their disposal.  This is a tale where the story beats may be familiar but when you enjoy the actors performance, its hard not to engage with it.

Like many good revenge stories, there’s an entertaining, action-packed third act in this film when STEM assumes control of Grey and he hits the road to hunt down the people responsible for his wife’s death.  The choreography for the fight scenes in Upgrade are eye-catching and especially well edited together.  And just when you think you have all the answers and understand whats to come, the film delivers a twist with the final scene that effectively pulls the rug out from under the viewer.

I enjoyed Upgrade a whole lot.  Between this film and The Invitation, I’ve become quite a big Logan Marshall-Green fan.  Blumhouse Productions (Get Out, BlackKklansman, The Gift) also deserve recognition as they continue to be one of the best companies out there supporting and distributing this brand of film making.

Set in the near-future, technology controls nearly all aspects of life. But when Grey, a self-identified technophobe, has his world turned upside down, his only hope for revenge is an experimental computer chip implant called Stem.

Summary : A fun, action-packed sci-fi B-movie with a terrific performance from Logan Marshall-Green at the helm

Previous: Unsane
Next: To All The Boys I’ve Loved Before