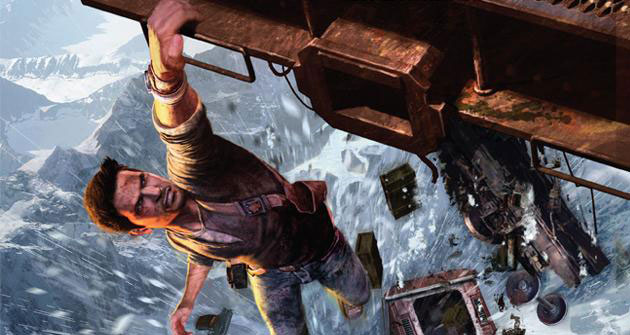 Uncharted 2: Among Thieves is a confidently designed, highly polished action-adventure game that does almost everything perfectly in its execution.  Despite the lack of any major tangible innovation in the game that sets it apart from its predecessor or anything else out in the market, it sits comfortably amongst its peers as one of the best games of the current generation and as one of the greatest adventures games ever made.

The game continues the adventures of Nathan Drake, video gaming’s own Indiana Jones.  As with the original title, Drake is an entertaining lead character and Naughty Dog have beautifully fleshed out the world he inhabits with a likeable supporting cast of villains, sidekicks and armed goons.  Few video game characters are as verbose as Drake and yet remain so charming to the player.  His lines of dialogue seldom repeat themselves and his laid back manner is a wonderful tonic to an industry besotted with poe-faced monosyllabic protagonists.

The story itself, isn’t exactly Shakespeare (or System Shock 2 if we want to go with a ‘high-brow’ gaming equivalent) but as blockbuster entertainment experiences go, Uncharted 2 is something else.  The single player mode, which roughly spans ten hours, is a constant rush of tightly scripted linear rollercoaster rides, punctuated by cutscenes and arena shootouts.  The set pieces are a blast, with Naughty Dog willing to put Drake into more scenarios where he survives by the faintest grip of his fingertips that most movies would dare to do.  Whether its train-top scrambles, ice cave exploration and army truck shoot outs, Drake really runs the gauntlet in game that is relentless in its pace.

In a game where so much of it feels confidently executed, its interesting to see areas where Uncharted 2 doesn’t quite get it right.  On a purely subjective matter, I still think the game has an unnecessarily high number of goons to kill.  It pads out the game’s length but it also does push Nathan Drake into being something of a genocidal explorer, with his final kill count numbering well into the hundreds.  Its at odds with the character thats portrayed in the cutscenes and at times, does bog down the flow of the game.  In future iterations of this franchise, I’d love to see Naughty Dog greatly scale back the number of enemies and then focus more on creative ways to dispatch them.

For a game that is also very forward thinking and shows such flair with its presentation, it also does stick to one time-honoured video game design convention that feels highly out of place: the end level boss.  During one sequence set on a train, Drake encounters an armed guard who is an absolute bullet-sponge.  I think I eventually bested him after emptying a full clip of AK-47 ammunition, 3 grenades and a rocket launcher to the face.  Contextually, the game provides no reason for this man’s incredible ability to withstand such an onslaught.  It’s an unwritten understanding that he’s just that powerful because he’s an end of level boss.

As with the first game, Uncharted 2 also doesn’t quite finish as confidently as it starts out.  This problem isn’t really unique to Naughty Dog however.  I feel that a lot of games still struggle do much more with their conclusion other than the usual ‘save the world from an all-powerful endboss’ template.

Uncharted 2 is a great example of just how much this generation of games still has to offer and why there isn’t really any need for a Playstation 4 or an Xbox 720 anytime soon.  The game looks absolutely amazing and offers such an enjoyable experience to play through.  The wait for any news on an Uncharted 3 is already painful.  My pick for the Best Video Game of 2009.

Whats the difference between ‘among’ and ‘amongst’? I can never remember.

Summary : The first game was great, the second is a classic. This game starts off at a canter and never lets up its furious pace. Amazing set pieces, terrific banter and one memorable adventure.

Previous: Lost Season Six
Next: Catching up on things