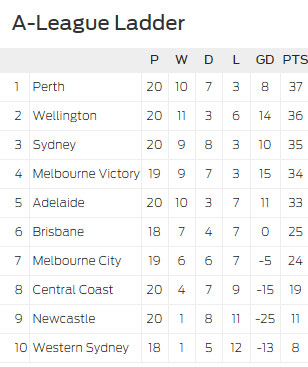 There And Back Again

What a week it was for Brisbane Roar who travelled from Perth to Japan to Singapore and back to Brisbane in the span of a week to secure two vitally important wins.  Firstly, the club secured their maiden Asian Champions League win.  An unlikely away win at Urawa Red Diamonds of Japan, thanks to a third minute goal from teenager Brandon Borrello.  The goal wasn’t seen by anyone in Australia because the previous game between the Western Sydney Wanderers and Guangzhou Evergrande ran overtime after an injury to the Chinese keeper lead to seventeen minutes of injury time being added on.  By the time the Roar game came on, Brisbane were already a goal up.

The team played well for the full ninety minutes and were bailed out of a couple of golden opportunities for Urawa thanks to some tidy defending from Luke DeVere and – if you can believe – much maligned goal keeper Jamie Young who stepped in for Michael Theo who had a groin strain.

The team then flew back to Brisbane and played against the Wanderers in front of paltry crowd of 12,000 at Suncorp.  It’s hard to believe just twelve months ago these two teams were playing in a grand final at the same venue in front of 50,000 people.  Today, the Wanderers are a shadow of the team they once were and although Brisbane have rediscovered some form, their start to the season was so bad they are basically in a race for sixth place.

The Roar defeated the hapless Wanderers 1-0 thanks to another goal from Borrello.  Western Sydney seem to exhausted all of their luck.  They had a great chance at an equalizer in stoppage time but Tommy Juric’s shot rattled the crossbar, bounced on the goal line and then spun out.

Brisbane are now WWDW with their domestic form and look a decent chance at securing sixth place thanks to Melbourne City unexpectedly faltering at Gosford against the Mariners.

Previous: Last Man On Earth – Season One – Alive In Tucson / The Elephant In The Room
Next: Youtube Friday – Brunei win their first ever World Cup Qualifier