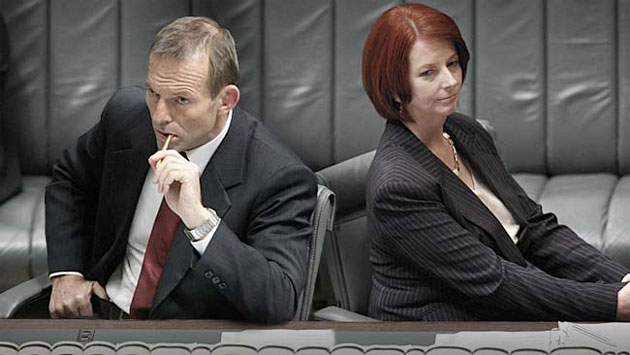 On Wednesday of this week, Australian Prime Minister Julia Gillard announced the much anticipated date for this year’s federal election – September 14th.  That’s right!  Australia is going to have a long election cycle, America style.

What’s in store for the next eight months? 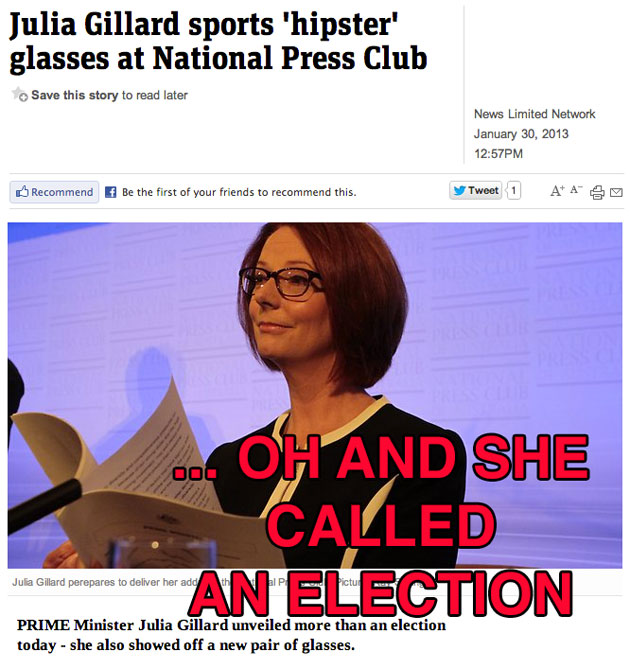 Still, it wasn’t like they immediately went into attack mode and ran a cover story and headline likening her to Hitler… 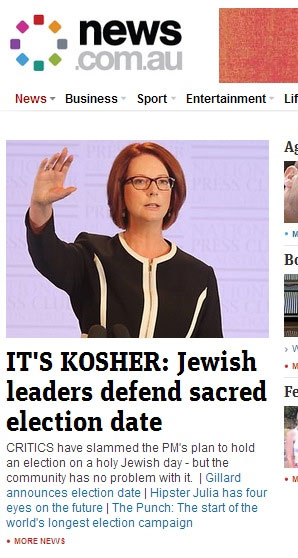 Well, at least they didn’t get worked up into a misogynistic fervor and run a cover story in their tabloid implying she’s on her period…ohwaittheydid 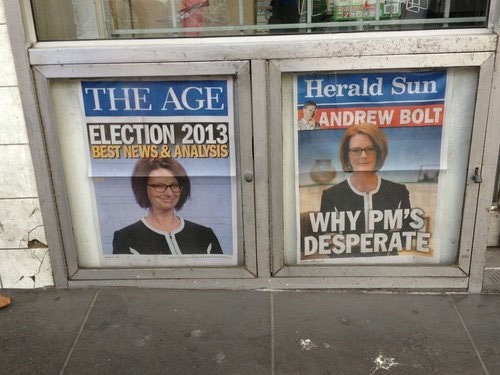 Steady on, News Ltd!  It’s a long election cycle guys.  Hitler comparisons and period gags on day one!  Just imagine the quality of the editorial content when things actually start to heat up.

It’s going to be a long campaign.

Previous: Vancouver!
Next: Youtube Saturday: Kenya beats the All Blacks