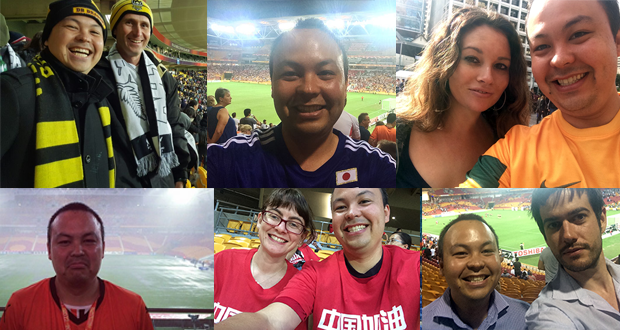 In the last twelve months I’ve probably seen more live football than any other time I can recall.  There’s been no better time to be a football fan in this country.  We hosted an Asian Cup!  We have entertaining domestic leagues for both men and women!  We have a knock out competition like the FA Cup!  And for some reason I don’t really understand, famous international football clubs are queuing up to play in Australia too.  If you’ve ever had half a mind to go to a football game, that’s all you need.  It’s cheap, it’s a chance to catch up with some mates and its a great night out.

In the past twelve months I’ve seen 29 football matches spanning four different leagues and over ten different nations.  That’s over 2,500 minutes of football!  I thought it might be fun to share and relive some of my favourite moments.

A special shout out to my wife Jen for being there with me at all but four of these games (one of which she was overseas).  There’s been some matches in terrible weather, a few games on at weird times of day and that one period where the Roar played four home games in ten days but she was there for practically every step of the way.  She’s patient, loving and endlessly supporting. 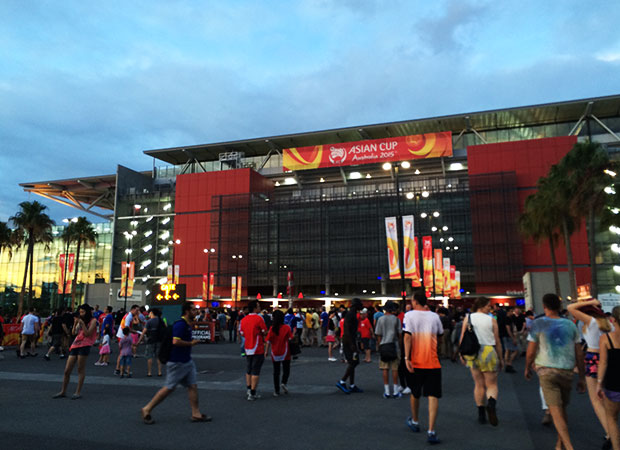 Brisbane Roar 1 Wellington Phoenix 2
March 8th 2015, Suncorp Stadium
A-League 2014/15 Season
Notes:  Game got cancelled due to rain after 70 min just when we were about to score 🙁 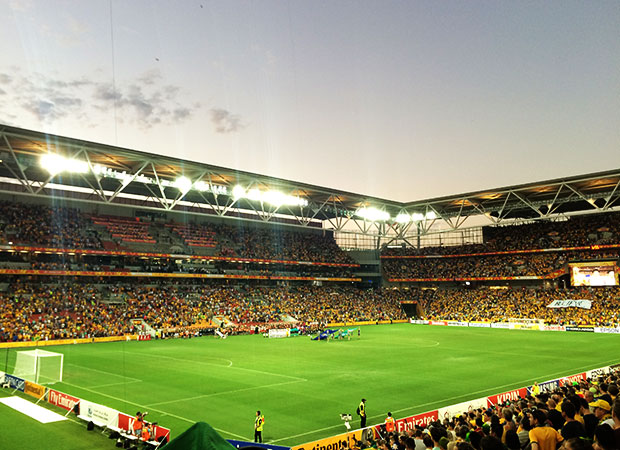 Why It Was Awesome:  The Asian Cup tournament in January was a huge success.  Attendances were higher than expected, there were plenty of thrilling matches and host nation Australia would go on to win their maiden international football trophy.

In the quarter final, the Socceroos faced an impressive Chinese side that had looked strong in the group stage and had the support of a massive, vocal fan base.  Australia on the other hand were feeling a little shaky after losing their last group stage game to South Korea 1-0.  The Socceroos needed a player to step up when it counted and who else but Tim Cahill answered the call.  I felt like I witnessed a piece of Australian footballing history when I saw a Tim Cahill headed goal live and in living colour.  But it was his earlier goal – an audacious bicycle kick – that will live on in the highlight reels for this tournament.  Just awesome.

Why It Was Awesome:  The FFA answered the calls of Australian football fans and established a national knock out football competition featuring 631 teams from around the nation mixing both A-League sides with various state based teams.  The competition was a great success in its inaugural year as fans had the opportunity to see a recreation of the drama commonly associated with FA Cup tournaments in the UK with semi-professional footballing minnows facing full strength A-League teams.

I took a group of friends (both football fans and casual observers) to see Helenic club Olympic FC play Melbourne Knights.  The game had a fantastic atmosphere and Olympic FC’s ethnic heritage provided us with a unique experience.  We soaked in the game with full strength Greek beer and some tasty (if a little dodgy) souvlakis.  On the hill we stood shoulder to shoulder with some senior Roar players who came to watch the proceedings.  Olympic FC were too good on the night and won 3-1 in a colourful game that ended with the Knights keeper getting shown a red card after full time for laying his hands on the referee.

Why It Was Awesome:  No other sport in the world comes close to matching the broad appeal of football and there’s no greater showcase than matches like this between two countries that would otherwise have almost nothing to do with one another.  New Zealand vs Myanmar in the Under 20 FIFA World Cup.  The game was part of a double header at Westpac Stadium along with Austria vs Argentina.  There was a good 20,000 fans in attendance for this clash including a surprisingly large and wonderfully buoyant Burmese contingent.  New Zealand were yet to win or score in the tournament they were hosting and they went a goal down early on in the game.  A second Myanmar effort rattled the cross bar which proved to be a turning point in the game.  In the second half, it was all the All Whites who rallied back with five unanswered goals in front of a delight home crowd.  For a game that is a distant cousin to rugby in the popularity stakes, it makes me happy to see a group of Kiwi teenagers playing in front of such a large crowd and sending them home happy with a second half goal-fest.  And to watch it with my brother who I don’t get to see very often made it a special night.

Anyone considering going to watch a game at Westpac Stadium be warned:  It is Syberia levels of coldness and I began to lose feeling in my hands and feet by the end of the game.

Why It Was Awesome:  The 2014/15 season was an unmitigated disaster for the Brisbane Roar.  After four glorious seasons that included 3 championships, the club fell back to Earth with a thud.  They set a record for the worst start to an A-League season in competition history, they sacked their coach, they lost their captain, players left in acrimonious circumstances and then that’s when things got really bad.  The club is not out of the woods yet as they lost their major sponsor, their current Indonesian owners The Bakrie Group are in major debt, the Roar’s former managing director resigned in disgrace and players haven’t been paid on time.  Hopefully, there will eventually be light on the horizon.

In such a dour season both on and off the field, its nice when the team just clicks and shows the Brisbane Roar of old as they did in this game against Central Coast Mariners where they absolutely demolished them and scored a handful of pretty smart looking goals.  For a season that produced so few wins on home soil, this was a cathartic moment near the end of the season. 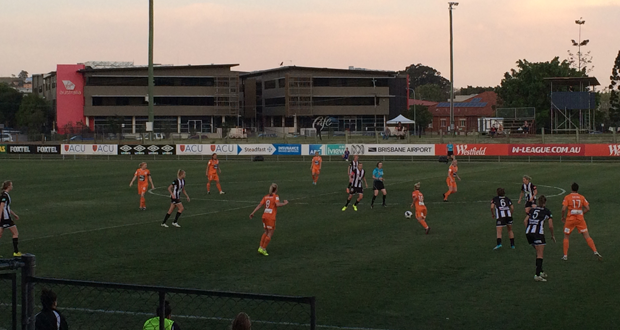 Why It Was Awesome:  Women’s football enjoyed a moment in the spotlight recently with the successful 2015 World Cup in Canada which drew a huge international audience and saw the final game between America and Japan draw a bigger TV viewership than the NHL or NBA finals.  Of course the women’s game has a long way to go to attain anything close to the level of exposure, popularity and money enjoyed by their male counterparts but any progress is cause for momentary celebration.

One of the highlights of the tournament was the performance of the Matildas who survived The Group of Death (USA, Nigeria and Sweden) and then went on to famously defeat Brazil and advance further in the World Cup than any previous Mens or Womens’ Australian side.  One of the players in the Matildas squad is Katrina Gorry, a Queenslander who plays for the Brisbane Roar and works in a cafe for her day job.  I saw her play at Perry Park last September in a W-League game against Newcastle Jets.  Gorry is a superb player and its amazing to think in twelve months she went from playing in front of a couple of hundred fans in Bowen Hills to playing against Brazil in front of 12,000 people in Canada and an international television audience ranging in the millions.  She is also one of three players currently featured in a poll to appear alongside Messi on the cover of the next FIFA game.  Just awesome.

Previous: Satoru Iwata has passed away
Next: Brisbane Roar vs Liverpool FC