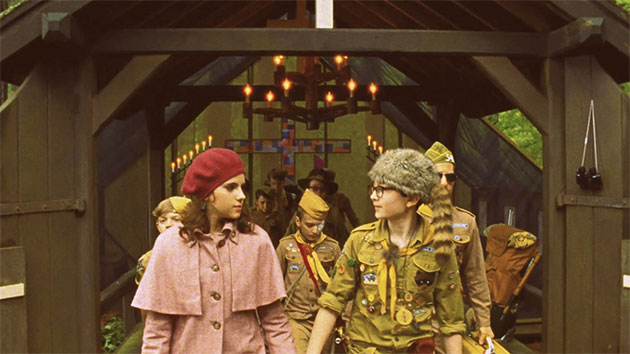 I don’t know how much this was done by design but Wes Anderson’s teenage love story Moonrise Kingdom constantly reminded me of Charles M Schultz’s seminal comic strip Peanuts.

Being set in the Sixties, I guess Moonrise is of the same era and shares very similar ideas and themes as the Charlie Brown comic strip.  Storyline tropes like running away from home with a knapsack, falling in love at summer camp and having a dog for a best friend are all common bonds that the two share.

They might sound like tenuous links but the weird thing is that Moonrise Kingdom is even shot as a film that largely exists on a two dimensional plane like a comic strip.  When we are first introduced to Scout Master Ward and he examines his scout troop, he does so by walking in a straight line to the right of the screen with every activity station set adjacent to the one before it.  Lastly, Moonrise Kingdom revels in the same kind of imaginative world that the Peanuts characters exist in.  The story is filled with introverts and outsiders who escape from their day to day drudgery by reading books and losing themselves in their imaginations which they often project into the real world.

In short, this is a very sweet natured and idyllic tale that embodies the best traits of director Wes Anderson who has a very distinct cinematic language to his films that permeate the dialogue, pacing and imagery.  Even better, it manages to avoid the pratfalls that manifest themselves in his most indulgent works that sometimes fall guilty to being too bloated, self absorbed and knowingly quirky.

Moonrise Kingdom is the story of two social misfits – Sam and Suzy – who meet on the tiny island of New Penzance.  Sam is an orphan who is attending a scout camp.  Suzy is the eldest daughter in a family that live on the island.  She is bored and disgruntled with her mother who is having an affair with the Captain of the Dock Police.  Sam and Suzy are drawn to one another when they have a chance meeting at a church production of Noah’s Ark.  From there, the two begin exchanging letters and eventually agree to run away together.

This is a very sweet, melancholic film that I think strikes the right balance between the starry eyed optimism of the two lovers when they first run away with the gradual realities of adult life which Sam and Suzy will eventually face when the summer is over.  I’m glad that Anderson resisted the temptation to inject any neurosis into Sam and Suzy.  He saves that for the highly dysfunctional adult cast.  Sam and Suzy are aware that they don’t always fit in with their peers but they’re happy in each others company and thats what is most important to them.  I suspect they know by the end of the film that their relationship is over but they’re going to have fun putting up a fight before the search party finds them.  The third act in the film is an enjoyable bit of whimsy that features scouts overthrowing their own camp and the onset of a storm that is of biblical proportions (sort of).

I liked Moonrise Kingdom and I liked it a lot.  It’s a fun, playful and imaginative take by Wes Anderson on friendship, first love and endless summers. 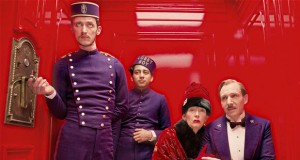