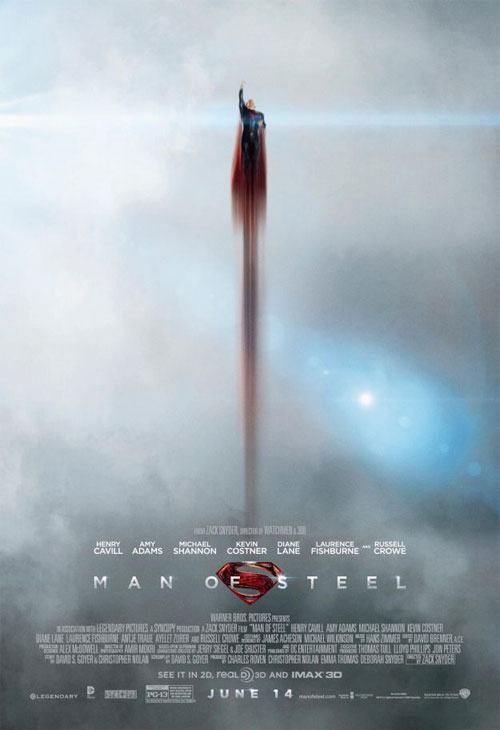 Man Of Steel, DC’s latest attempt to revive the strangely under-performing Superman license, starts out with plenty of promise.  The film mirrors the start of the Christopher Reeve Superman film as we begin on planet Krypton where Jor-El, played this time by Russell Crowe, is fighting to convince a council of evil bureaucrats that their homeland faces imminent annihilation.  The negotiations go badly and before you know it, Russell is riding a space dragon through a futuristic city shooting pew-pew lasers at some robot baddies.

This introduction is much more exciting than Marlon Brando’s disinterested mumbling in Superman and I’d have quite happily taken a 2 hour sci-fi tale where Russell Crowe and his intergalactic space lizard went on an adventure together.  Alas, the dragon is slain within minutes and with his last act, Jor-El sends away his only son Kal-El to the safety of Earth.

Fast forward a couple of decades later and we meet Clark Kent who is now a rugged, muscular and bearded workman on an oil rig.  He has fully developed his super powers and when the oil rig has a mechanical failure and begins collapsing (I presume Clark works for BP), he saves his endangered co-workers before moving on to find his next job.  Clark keeps his identity and ability secret, moving from town to town whenever his cover is blown.

Clark is drawn to the Arctic where he uncovers a Kryptonian spaceship that contains a hologram of his father who begins to plant the seed in his head that will transform him into Superman.  Coincidentally, this occurs at the exact same time that the ship is being investigated by the U.S military who have with them the Daily Planet reporter Lois Lane in tow.  Lois briefly crosses paths with Clark and becomes fascinated with uncovering his identity.  Meanwhile, General Zod, a power-crazed villainous military leader who survived the destruction of Krypton, arrives on Earth and decides to colonize it for himself.

Man of Steel is a film directed by Zack Snyder (300) and produced by Christopher Nolan (The Dark Knight Trilogy).  This is somewhat surprising considering that the film isn’t 90% slow motion (Snyder) and its actually not very good (Nolan).

I can appreciate that there isn’t much point in Snyder simply recreating the Richard Donner films with its bright primary colours and Reeve’s wholesome, clean cut portrayal of Superman but I had to roll my eyes at this film’s attempt to give us a ‘gritty’ take on Clark Kent.  Is this really something that people want?

I think the ingredients are there for a good Superman film.  General Zod is an entertaining foil, you’ve got a great cast (Michael Shannon, Richard Schiff, Amy Adams, Russell Crowe…) and the film is given plenty of time to tell a story and show off some fantastic action set pieces.  I just hate the aesthetics of the film and how weirdly militaristic it was.

Under Snyder’s direction, Man of Steel is a dark, grey film that looks dour and miserable.  The fight sequences between Zod and Superman, which go on for quite some time, are visually unintelligible so you get lost in the noise and commotion.  Where are they fighting in the context of their surroundings?  One minute they’re in a dessert landscape, the next they’re in Metropolis.  Why is everything blurry?  Did they really just smash through and topple another building?  And now what’s going on?  You’re in a landscape that looks like New York and you’re showing bodies falling out of buildings, clouds of dust and spaceships slamming into the sides of buildings.  Are you really evoking 9/11 for a blockbuster super hero movie?

I’m presuming that Michael Bay’s Transformers films are an influence here because for some reason, we get not one but four characters from the U.S military that are given prominent screen time and importance to the plot.  Its as if the film is ultimately about Superman’s relationship with the army, not with the common man.  I don’t understand why anyone would think this is a good idea.

After a passable first hour, the second hour of the film descends into a gigantic never-ending battle.  A battle where the rules are made up as they go along and about four layers of McGuffins are introduced as a twist.  Zod wants the codex.  So Superman tries to send him to the Phantom Zone.  Zod counters by activating the Genesis Chamber.  Toby from The West Wing has to stop him by using a USB key with an ‘S’ on it.  It is utter nonsense.

I don’t think this will be the film to revitalize the Superman brand as a film franchise.  It’s too broody and it feels like a hodge-podge of a dozen blockbuster films before it.  The film suffers the same problems as 2006’s Superman Returns.  It awkwardly tries to shoehorn contemporary action film aesthetics onto a comic book about a brightly coloured altruistic boyscout who flies around helping people.  If you don’t want to embrace that then…why are you making a Superman movie?

Summary : A dark, gritty militaristic Superman does absolutely nothing for me.

Previous: Australia Decides 2013: The LNP Pulls Ahead In The Polls
Next: The World’s End 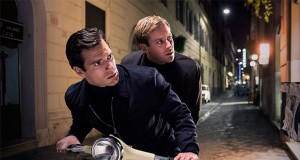 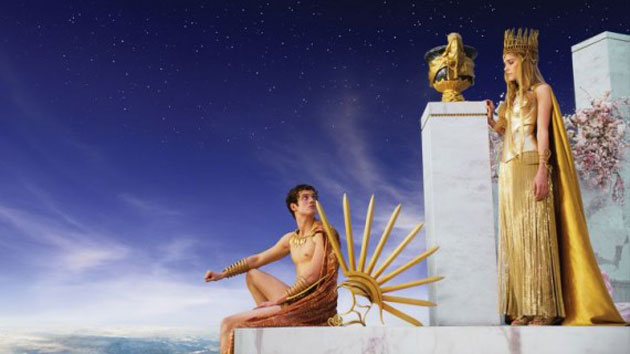