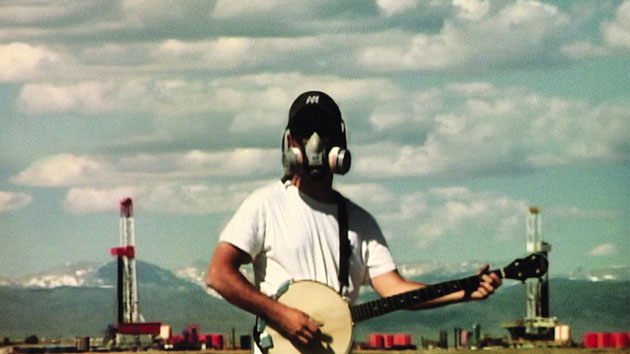 Ahh, Dick Cheney.  Years from now we can all tell our grandkids about how we spent our time from 2001 to 2008 getting mad about this platinum grade arsehole who seemed to make it his mission to ruin the world as much as he could during his time as the Vice President of America.  If you thought you had exhausted all the outrage you could muster for this man, Gasland is a documentary that will bring back those familiar feelings once more.

Gasland is made by first-time director Josh Fox who receives an offer from a gas company to allow them to drill for natural gas on his property in exchange for $100,000.  He decides to explore this mining process, nicknamed ‘frakking’, only to discover that it has lead to a trail of devastation across America.  Communities who have agreed to let the process go ahead have found their faucets have become flammable, their water undrinkable and their soil turned toxic.  The companies involved seem unwilling to either compensate fully or move away from this disasterous mining method.

How do they get away with this?  Large scale corporate deregulation signed into law and approved by Cheney five years ago that seemingly makes these irresponsible organisations untouchable in their dangerous and environmentally reckless pursuit of money!  See.  I told you this film would take you back.  Gasland is a well produced, informative and infuriating documentary.  It’ll probably give you a headache by the time you finish watching it.

Previous: Seperated at Birth
Next: A-League – Round 26 – Brisbane Roar vs Central Coast Mariners

5 Second Review: The Legend of the Guardians: The Owls of Ga’Hoole