Here is how I imagine the conversation between Michael Bay and the studio-executive who greenlighted the ‘eagerly awaited’ sequel to the transformers movie went:

Studio Exec: Michael, Transformers was a financial collosus, congratulations.. What other projects do you have in the pipeline?

Bay: Well I have been thinking long and hard about this, what if we make another transformers movie?

Bay: Thats right, but this time it wont be in the US.. but in Egypt!

Bay: The story can centre around the Decepticons coming back to earth to find a life source that can help them destroy the universe.

SE: um.. i dont know Mike, wasn’t that the same storyline as the first one?

Bay: …. NO! This time its a completely different life source..

SE: But what are the chances that there are two lifeforces in the entire universe, and they are both situated on Earth?

Bay: Well you see Mr. executive the underlying meaning of the film is that everyone has a destiny and it is the god-given destiny of that ‘le beef’ kid to save the universe from eternal destruction, whilst at the same time trying to score with a girl that is way to hot for him, thus making him the hero of everyman..

Bay: Did i mention that we wont have to pay the actors much because there are only about 10 characters in the movie (including robots), for which most of the movie is running against a bluescreen without any meaningful dialog?

Bay: If i’m gonna be honest with you Mr. jew-money man, people are so desensitised by computer graphics and explosions these days that we can probably film the movie in about 2 months, on a dangerously similar storyline to the first one, located it in a more sandier location to appease the people who have HD blueray, throw in some shots of Megan’s ass for people who will never get laid, blow loads of stuff up and write some macho-esque bullshit lines like ‘Transform this!’, or ‘it seems that humans are more than meets the eye’, and still gross around $700 million box office with hardly any thought.

SE: *wipes a tear from his eye* .. thats the american dream

Bay: God bless us.. everyone.

And you thought Megatron was a badass 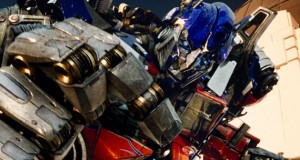