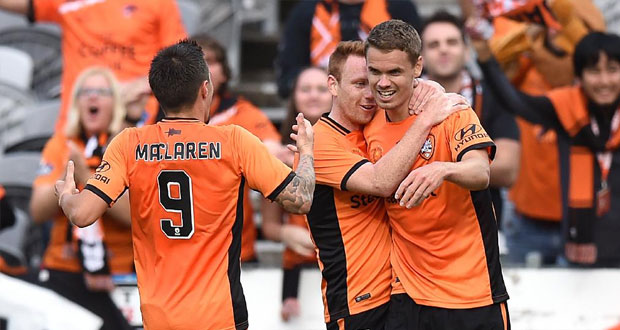 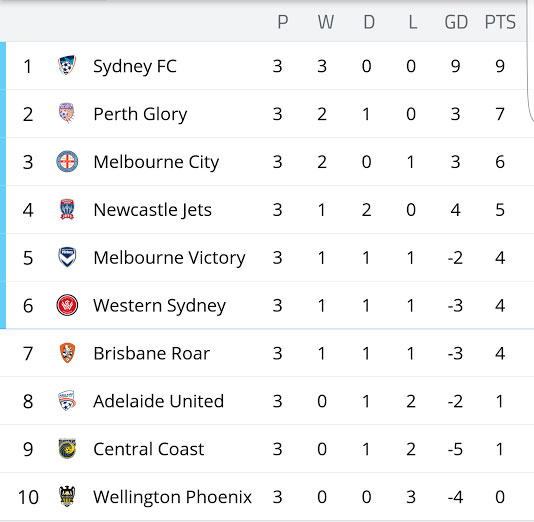 Brisbane Bounce Back.  Sort Of.

After last week’s diabolical performance, Brisbane Roar needed to bounce back quickly.  Lucky then that they faced one of the most consistently terrible teams in the last two seasons – the Central Coast Mariners.  The once mighty Mariners, who were the Roar’s arch rivals in the greatest grand final in the history of the competition, are now a shadow of the club they once were.  They are arguably ‘not of A-League’ standard and would probably be bested by any number of NPL sides today.

So the Roar spluttered, coughed and moderately improved on last week’s performance and eventually midfielder Thomas Kristensen made the most of a scrappy goal mouth scramble and scored the only goal of the game.  The Roar created many of more chances, all of which were blown.  Not only do strikers Jamie Maclaren and Brett Holman continue to look depressingly out of form and low on confidence, even substitutes Brandon Borrello and Joey Katabian seem out of form.  The two youngsters came on as subs late in the game when the Mariners defence were completely off their feet.  Borrello and Katabian found themselves in front of goal with just the keeper to beat.  Instead of sliding in a pass coolly for a tap-in, Borrello showed no chill and blazed the ball over the bar.  It sums up where the Roar are at currently with just two goals in the campaign so far – a stoppage time winner from a defender and a goal mouth scramble scored by a defensive midfielder.

When your team is on a down turn, you take any 3 points you can get but truth be told the Roar still look incredibly disjointed.  The defence was easily pulled apart by the Mariners who created plenty of their own opportunities and the link up play in attack has been ponderous.  This was a game littered with loose passes.

Based on the other games this round I’d say the side is in for a spanking when they face a rampant Perth Glory next week.

Previous: Youtube Friday – Introducing The Nintendo Switch
Next: US Presidential Elections 2016 – A Positive Outlook On An Awful Election