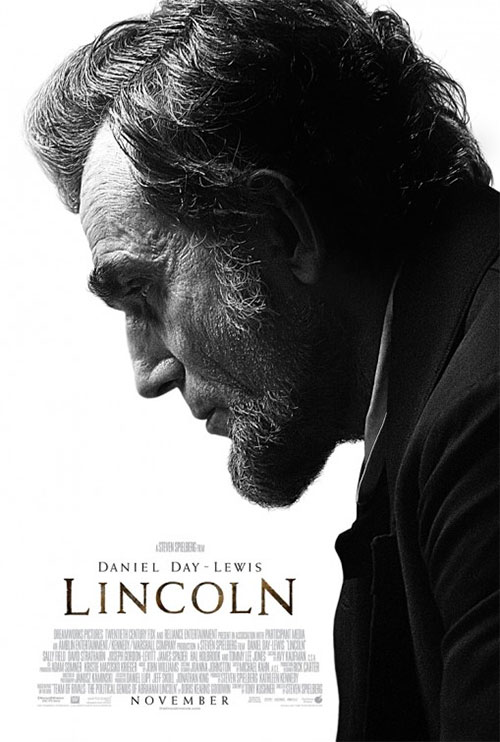 This is going to sound idiotic but I had never really considered the political process that Abraham Lincoln, the 16th president of the United States of America, undertook to abolish slavery in his country.  I guess in my head I just assumed that at the end of the Civil War he just declared that they were free and that was it.

Of course, it was nothing like that.  In Lincoln, we learn plenty about the deal making, bartering and the political brinksmanship that Lincoln played to pass the 13th amendment to the constitution.  The odds were strongly against him and his execution was nothing short of extraordinary.

It should be noted that the film is actually about little else other than this political process.  The film has a broad title and I’ve spoken to viewers of the film who were disappointed because they were expecting a more fulsome biopic.  Instead, Lincoln plays like a double length episode of The West Wing set in the 19th Century.  Fortunately for me, that’s right up my alley!

It takes a moment to get adjusted and familiarized with the American political system at the time.  The Republicans are conservatives but also the pioneers for abolishing slavery after the end of the Civil War.  Well, most of them.  The Democrats on the other hand, are against the abolition of slavery and cannot abide the notion of equality with African-Americans.  At the end of the Civil War, they wish to see Lincoln’s Emancipation Proclamation expire with it.

Not unlike Toby Ziegler on one of this better days in the Bartlett Administration, Lincoln senses an opportunity to pass the law before the end of the war which is expected to happen in a matter of months.  It is an enormous and most unlikely gambit.  Not only will he need the unanimous vote of the Republicans but he will also need to win over some of the opposition.  He does so in cunning fashion, by targeting lame duck Democrats who have lost the recent election and are facing unemployment at the end of their term.  By offering them jobs in the federal government, he effectively bribes the outgoing senators for their vote, whether they care about abolishing slavery or not.

When the time comes for the amendment to be voted on, disaster strikes as the Confederates are rumoured to be entering Washington D.C to discuss peace terms.  This would delay the vote and potentially squander the opportunity to pass the amendment.  Lincoln orders the Confederates to wait ‘outside the city’ and then narrowly avoids committing perjury by claiming to the senate that he is ‘unaware’ if the Confederates are ‘in the city or not.’  It’s the damnedest thing but from what we learn in this film, Lincoln basically throws money at people and uses semantics to get away with lying so he can get his way.  Although Steven Spielberg is clearly an admirer of Lincoln, this is very much a case of the ends justifying the means.

Such is the case of famed equality advocate Thaddeus Stevens, played by Tommy Lee Jones, who is a passionate supporter of abolishing slavery but when the time comes to make a big speech on the day of the vote, he purposefully downplays his advocacy of black civil rights in the interests of passing the law.  The very act disgusts him but there is method to his madness.  The notion of equality and the further repercussions in the decades ahead could potentially scare voters who were undecided.  Hilariously, the Democratic voter plays on the fears of his constituency by speculating about a horrible future in which blacks and women could have the right to vote.  Oh, how times have changed.

Lincoln isn’t a film that I anticipate will have broad appeal.  It’s very much a talking heads production filled with political and legal jargon from its time.  There is very little exposition and it expects the audience to keep up.  For a Spielberg feature, there is unexpectedly little in the way of showboating.  There aren’t scenes of people golf clapping and black people tearfully congratulating Lincoln for abolishing slavery.  Spielberg wisely opts to leave out the saccharine grandstanding that would have felt at odds with the grounded and realistic tone of the earlier passages of the film.

As someone who knows very little of American history, I found the film to be both entertaining and highly informative.  It goes without saying that Daniel Day Lewis is excellent as Abraham Lincoln but generally, this is an excellent production in which everyone plays there roles with great conviction.  On top of learning about the American political system and its machinations, I can also appreciate a good back and forth banter between gentlemen two hundred years ago.  My favourite moment in the film would definitely be Thaddeus Stevens referring to his opposition counterpart as a nincompoop to which he retorts with a booming voice ‘Hooooowww darrrrrreee you sir….!!!!’ with a shake of the fist.  Outstanding.