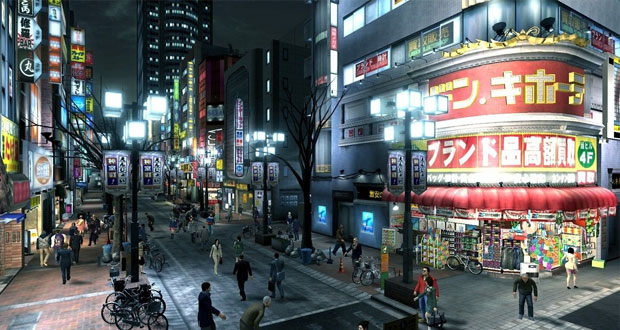 
Is there any video game anti-hero who has mellowed more than Kazuma Kiryu of the Yakuza franchise?  When we were first introduced to the ‘Dragon of Dojima’, the yakuza hardman had just finished serving a ten year prison sentence where, upon his release, he proceeded to brutally dismantle rival gangs in a series of conflicts where it was not uncommon for Kazuma to be single handedly fighting over a dozen people at once.

Now, in Yakuza 3, he’s joined the ranks of real life middle-aged action stars such as Jackie Chan and Duane Johnson and turned to more family friendly fare.  For the first few hours of the game, Kazuma spends his time in a Hawaiian shirt keeping up with the whacky antics of the eight kids that he cares for at the local orphanage.  Instead of bashing goons from rival gangs, now he’s playing hide and seek, catching fish for supper and helping kids with their self confidence.  You have to admire creator Toshihiro Nagoshi’s willingness to drastically change the tone and style of the franchise although I’m not sure how many fans of the series will be happy with the change.  If the original game felt like it took inspiration from certain scenes in Kill Bill, Yakuza 3 feels more like the video game industry’s answer to Cheaper By The Dozen.

The original Yakuza once had the distinction of being the most expensive video game created in Japan.  Surprisingly, this third iteration feels surprisingly creaky in its production values with many aspects of its presentation feeling dated, particularly when compared to its Western counterparts.  The cutscenes in the game are reasonably well produced but there are many lines of dialogue in-game where the characters stand completely rigid while the exposition is told through unspoken text boxes where the player has to hit ‘x’ to proceed at the end of *every* sentence.  These text boxes are accompanied by a rather droll typewriter sound effect and often these passages have no soundtrack whatsoever.  Its not the most immersive experience.

The actual combat system itself is also starting to show its age.  The fight sequences in the franchise were generally composed of repetetive Final Fight style combat which were punctuated with a dramatized killer blow which would often be animated so that it would interact with the environment (e.g. Kazuma slams a dude’s head against a vending machine).  In Yakuza 3, they’ve added a rather dubiously implemented dodge move which seems to only work intermittently and strangely, they seem to have reduced the number of finishers that interact with the environment which is disappointing.

The strength and appeal of the Yakuza franchise for me however was that it was one of the few Japanese games to get a Western translation which gave you a window into contemporary Japanese culture and for this, the game still delivers.

Its rare that a video game has any relevance or reflection of its country’s current affairs and perhaps it was something of a coincidence but I reached a point in the story where Kazuma comes across a corrupt government official who is trying to strike a deal to move an American military base from Okinawa on the week that the Japanese Prime Minister Yukio Hatoyama resigned from his position for his failure to do exactly that.  Few other games, if any, come to mind in being able to closely capture the political events of their real life environment.

The franchise has always had a rather strong nationalistic and xenophobic tone and Yakuza 3 is no different.  Bizarrely, many of the yakuza characters are portrayed in sympathetic light.  In the first few chapters, its actually hard to find a yakuza character that doesn’t run an orphanage, adopt a child out of the goodness of their heart or have a cheerful and supportive relationship with the local residents.  Comparatively, every single Chinese or American character in the game is a one-dimensional villain with no redeeming traits whatsoever.  How much this portrayal is a reflection of Nagoshi’s own beliefs is anyone’s guess.

On another note, the game’s interpretation of Kazuma’s parenting skills are interesting to say the least.  Although the game seems eager to frame him as a positive role model for the kids, he is quick to get actively involved in the Yakuza business and is prone to leaving Okinawa for long stretches of time leaving the orphanage in the care of a single eleven year old.  There is also a scene in which two of the kids are imitating professional wrestlers and one of them appears to hurt their back so badly that they cannot get up.  Kazuma’s response to this is to create a mock wrestling ring and fight his friend from the yakuza, both dressed as wrestlers, to cheer the kids up.  Different cultures have different parenting styles I guess.

Ultimately, this iteration of Yakuza is probably not the strongest.  The gameplay seems to have taken a step backwards and the main storyline treads over well worn territory.  Still, there are definitely some interesting passages of play and redeeming qualities to the game but hopefully Yakuza 4 (already out in Japan) modernizes some of the rougher edges when it gets a Western release.

Summary : The franchise is starting to show some wear and tear but fans of the Dragon of Dojima will still enjoying seeing their protagonist make his mark on the Playstation 3 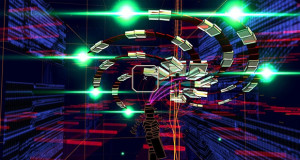