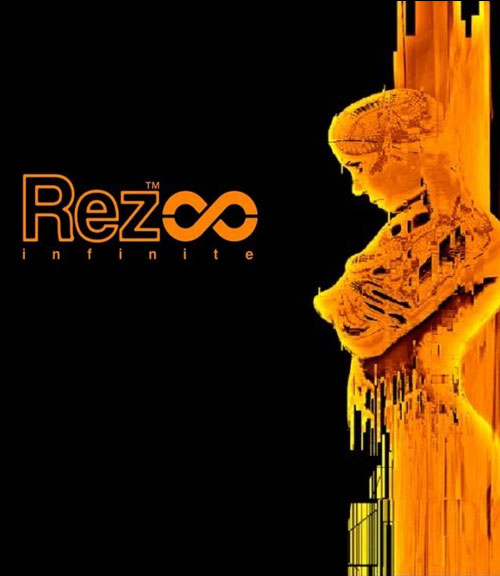 When it comes to recommending a killer app for Sony’s Playstation VR, there are two choices.  For non-gamers, the Ocean Descent in Playstation Worlds VR is the perfect introduction for anyone new to virtual reality.  For gaming enthusiasts, it’s hard to go passed Rez Infinite, which takes Tetsuya Mizuguchi’s fifteen year old Dreamcast classic and re-purposes it in virtual reality with glorious results.

When revisiting Rez, even without the virtual reality perspective, it’s remarkable how well the game has held up.  It plays and feels as sharp as it ever has.  There would only ever be a precious handful of video games released sixteen years ago that you could re-release into the market today but Rez is one of those games.  It’s striking wireframe, minimalist design aesthetic has aged well.  The pulse pounding synth soundtrack still gets the heart rate going.  And the elegant, tightly designed game mechanic of chaining attacks together to unlock music beats still satisfies. 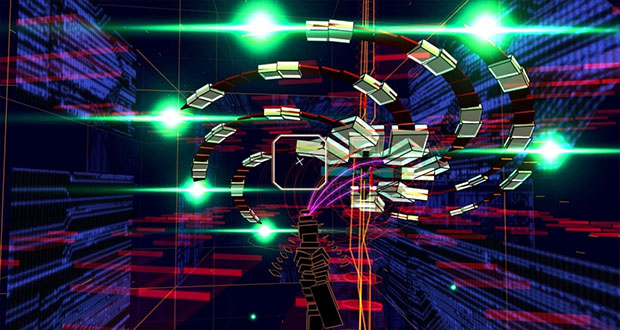 Revisiting Area 1 – 5 in Playstation VR then, is a revelation.  Each level is instantly recognisable to fans of Rez, from the distinctive running man boss in Area 4 to the evolution-themed level design of Area 5.  But the experience and sense of immersion is heightened by an order of magnitude when viewed through the lens of Playstation VR.

What I think it boils down to is this.  When playing a game that has realistic visuals, it’s still very easy to see the rough edges of what is effectively a first generation VR product.  In most games, your movement is generally very restricted by game designers for fear that the player will step out of the viewing field of the camera.  You can’t really interact with anything except in the most rudimentary fashion via a Move controller.  But with Rez it’s different.  Because of the game’s abstract design, nothing feels out of place or isn’t exactly where it should be.  Using a Dualshock controller feels natural because that’s how we’ve always played the game.  It’s a game that offers all the benefits of virtual reality and none of the negatives.

If that was everything that Rez had to offer, it would still easily be the best launch game on Playstation VR.  But as a tantalizing glimpse into the future, Mizuguchi has included Area X, an unlockable sixth level.  Area X plays like a proof of concept for a successor to Rez.  It takes the basically concept of the game but adds greater freedom of movement and heightens the spectacle of the visuals, changing from a wireframe artstyle to something more bombastic that incorporates sensational particle and lighting effects that have to be seen to be believed.  It’s an incredible add-on and surely is a sign of Mizuguchi-san creating a long awaited successor.

In short, one of the best music-based video games ever made just got better.  If you get Playstation VR, you can’t go wrong with Rez Infinite.

Summary : Rez translates perfectly into virtual reality. The fifteen year old classic feels like new again, as though it was always intended to be experienced this way.