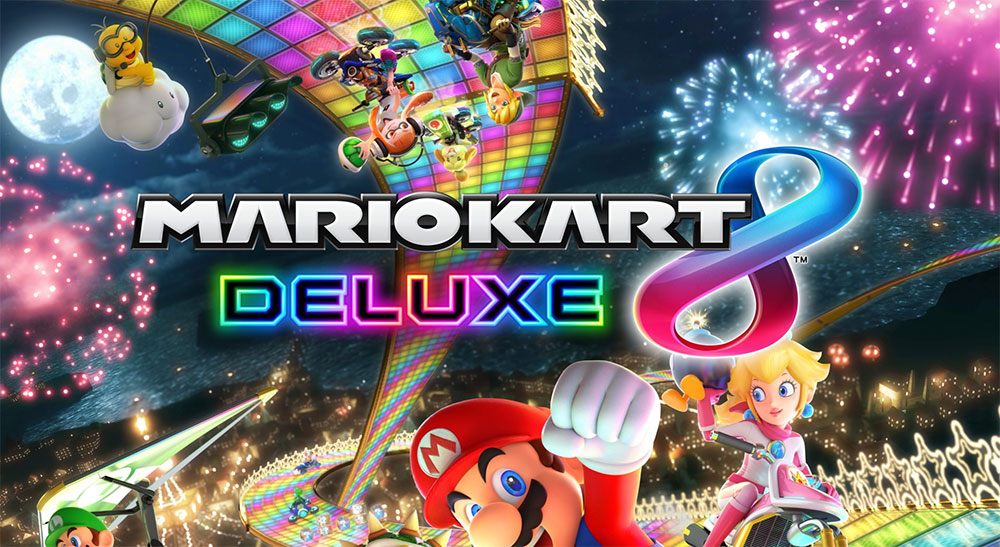 The Nintendo Wii U was a disaster sales-wise but the system had its share of gems and perhaps none shone brighter than 2014’s Mario Kart 8.  The game garnered rave reviews at the time of its release (including a GOTY on this very website).  But the Wii U’s poor hardware sales meant that MK8 sold just a quarter of the number of copies that its predecessor did on the original Wii.

With the Nintendo Switch selling unexpectedly strongly and early adopters looking for more games to play as they finish the superb Legend of Zelda: Breath of the Wild, Nintendo have wisely opted to toss out a quick port of this kart racing classic.  And why not?  There’s a ton of people who never got a chance to play it before and the gameplay hasn’t aged a day.

Nintendo have chosen to brand this version as a ‘deluxe’ edition but in modern gaming parlance, it’s basically a ‘Game of the Year’ edition that includes all of the additional DLC content that was released after Mario Kart 8.  So straight out of the box, you’re getting a whopping 48 tracks and 42 playable characters, all unlocked and ready to go from the first time you boot up the game. 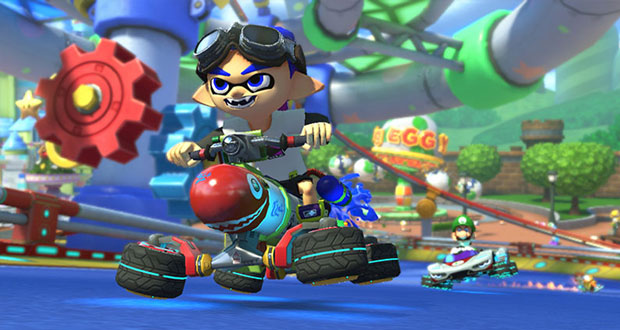 The game also comes with a few extra tweaks.  The ability to hold two items (last seen in Double Dash) is a welcome reintroduction to the series.  Nintendo have also dispensed with their dreadful battle mode from the original MK8 and replaced it with a new set of modes that are a little closer to the traditional battle mode from the original game.  I appreciate the effort but truth be told, it still doesn’t really capture the magic of the original SNES game.  Who knew that after all these years later, the success of that particular concept would prove so difficult to improve upon?

It’s worth noting that Mario Kart 8 Deluxe is the best version of the game to play with young children and non-gamers.  Not only does the game look and feel very accessible with its colourful cast of characters and charming aesthetics, the deluxe edition also comes with a driver assist mode that makes it impossible to drive off the edge of the track.  For an all-ages family gathering, you can play this game on 50cc mode with the assists turned on and basically anyone should have a chance at winning and find some enjoyment out of the game.  It’s a very Nintendo-like concept and I think its kind of brilliant.

By far the best new ‘features’, as one might expect, are the advantages that come with the shift to the Nintendo Switch hardware.  I can’t emphasise enough how great it is that Mario Kart 8 Deluxe can be enjoyed as a home console racer and as a portable game on the go.  The accessible nature of the Joycons also meant that in the short period of time that I’ve owned the game, I’ve already played more local multiplayer than in the three years I owned the Wii U version. 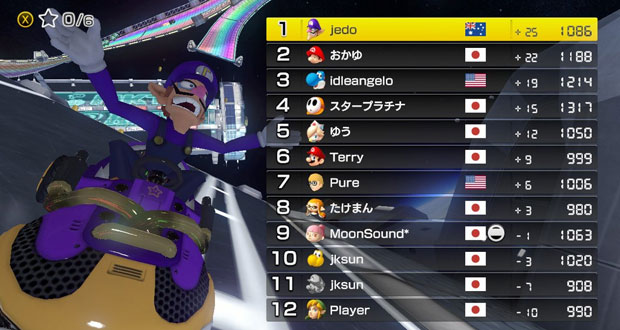 With each iteration of the Mario Kart series, I feel the pendulum swings back and forth as Nintendo creates a game for a casual audience (Mario Kart Wii) and then one for the die hards (Mario Kart 8).  Mario Kart 8 Deluxe is the best version of the series yet for a casual audience.  The game is an absolute blast when played in local multiplayer mode, particularly with people who don’t normally play video games.  But that does come at the expense of depth and enjoyment for gamers looking for a more skill-based and conventional gaming experience.

Having every character and level unlocked from the very beginning means that there isn’t really any point to playing the single player offline mode.  Perhaps it’s time to add a story mode or something?  As for racing online, my success or lack of it felt entirely random.  I think out of fifty races online, I won half a dozen but equally, I probably finished dead last just as many times.  I’m sure a diehard Mario Kart player could have a slightly better winning percentage but for the rest of us, it’s a total crap shoot.

But no matter.  For all its foibles, Mario Kart 8 Deluxe is still a fine package and a welcome addition to the Nintendo Switch library so early on in the console’s lifespan.  I tend to agree with some of the chat online that this is perhaps the apex of the series in its current format.  Would a new iteration with, say, sixty tracks and characters really be an improvement?  I think a more interesting direction would be to fully embrace the entire Nintendo roster and rebrand as Nintendo Kart or fundamentally change the ‘sacred’ mechanics of the game, the way Breath of the Wild did.  For Mario Kart as we currently know it, this iteration with this many karts, this many characters and this many tracks seems to be as good as it gets.

Summary : Whilst lacking depth as a single player game, Mario Kart 8 Deluxe is a comprehensive package and the best version of the game to enjoy for local multiplayer.

Previous: Guardians of the Galaxy: Vol 2
Next: Get Out