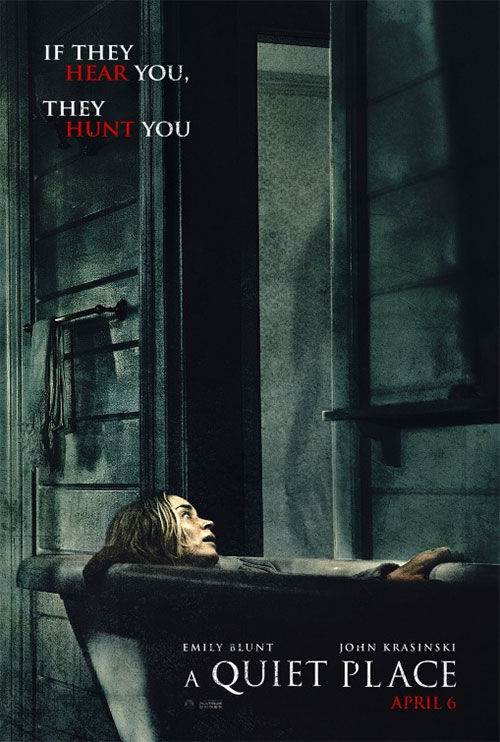 A Quiet Place lays down the ground rules in the very first scene.  Whatever you do – don’t make a sound.  If you do, very bad things will happen.  A family forages around a decimated supermarket, looking for food and supplies.  They communicate in sign language. They tip-toe around in barefoot. They daren’t say a word.  Instinctively, the audience follows suit.

I watched A Quiet Place in the company of at least two dozen people.  They chatted during the trailers and snacked on popcorn and drinks.  Once the opening credits rolled, you could hear a pin drop. For ninety minutes this went on.  It was a cinematic experience unlike any other.

A Quiet Place is the directorial debut feature from John Krasinski, best known for his comedic role as Jim in The Office.  Krasinski instantly cements his credentials as a storytelling talent behind the camera and additionally, he shows off some fine acting chops in front of it as Lee, the patriarch of the Abbott family.

The Abbotts are amongst the few surviving humans in a world decimated by hostile creatures that have a heightened sensitivity to sound.  As soon as these creatures hear a murmur any louder than a cough, they swarm upon the hapless target and eviscerate them in seconds. 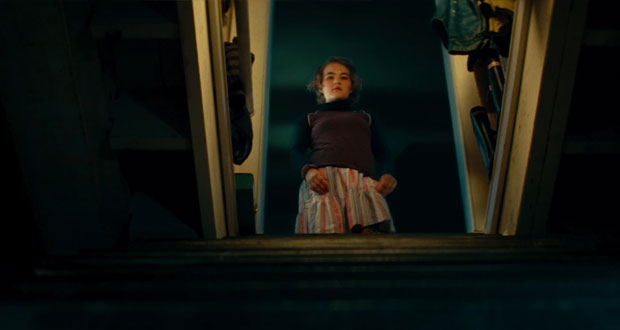 In the hundreds of days that have passed since these creatures arrived, Lee Abbott has roamed the country, accompanied by his wife Evelyn and his children Regan (who is deaf) and Marcus.  Only his youngest child Beau has fallen victim to the creatures, when a well-intentioned Regan gave him a toy space shuttle that makes noises when played with.

I love the way that Krasinski lets this film unfold before our eyes.  In the prologue, we are shown what has become of the world and what happens when a sound is uttered.  After the title credits, we are shown what day to day life is like in a soundless existence. The type of food that is prepared must be soft and inaudible to consume.  Music can still be enjoyed but only through headphones. To stave off boredom, the family plays board games like Monopoly with the usual game pieces replaced with woolen facsimiles.

Before we get too comfortable with watching the Abbott’s lives, some game-changing dilemmas are revealed to the audience.  Regan struggles to process how her actions contributed to Beau’s death and plans to run away from home. Evelyn is pregnant and its not clear how the Abbotts can silently deliver an infant through labour or keep it quiet after birth.  And if that wasn’t enough, there’s a nasty looking nail sticking out of the staircase just waiting for an unsuspecting Abbott to step on.

These precarious situations fray our nerves (especially that damn nail).  We care about the fate of the Abbotts thanks to the fine acting from John Krasinski, Emily Blunt, Millicent Simmonds and Noah Jupe, all of whom turn in likeable performances that are virtually silent and mostly reliant on communication through sign language and facial expressions.

A Quiet Place’s third act puts the Abbotts and the audience through the ringer.  It is a terrifying grind that frequently tosses the hapless family members out of the fire and into the frying pan.  One disaster leads into the next. The film plays a deft hand and doesn’t really telegraph who will survive to the end credits, if anyone at all.

A Quiet Place is a gripping monster movie that has a fantastic core idea from which Krasinski is able to ring out the maximum amount of mileage.  It already feels like a bonafide horror classic and reminds me stylistically of the best Stephen King tales. In fact the famous horror author publicly endorsed Krasinski and the film, giving it a full throated endorsement after seeing it.

And why not?  This is a film that is inch perfect in achieving what it sets out to do.  It is a lean, mean ninety minutes and there isn’t a single wasted second on the screen.  A Quiet Place starts out strong and finishes at precisely the right moment, nailing that memorable final shot.

A family is forced to live in silence while hiding from creatures that hunt by sound.

Summary : An incredible debut film from Krasinski. A Quiet Place has a great premise that makes for a fantastic thriller and one of the most unique cinematic experiences in years 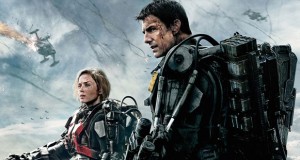 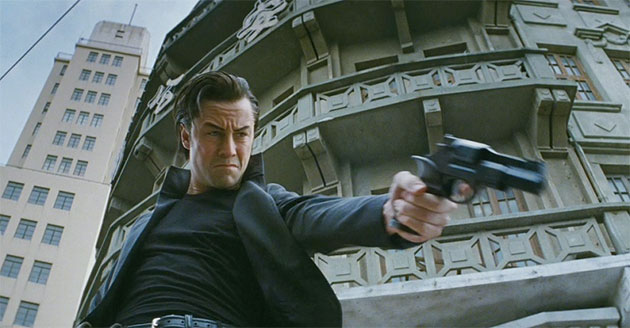