Earlier this week, Jen and I went to try out The Euro, a popular new brasserie that opened about eighteen months ago as an expansion to Urbane Restaurant.  We were there for a five course Plantaganet dinner where each course was being complimented with a Plantagenet wine.  We had pretty high expectations.  The restaurant rates very highly in the Brisbane Good Food and Drink guide and the place has very good word of mouth also.

Here’s a breakdown of what we had. 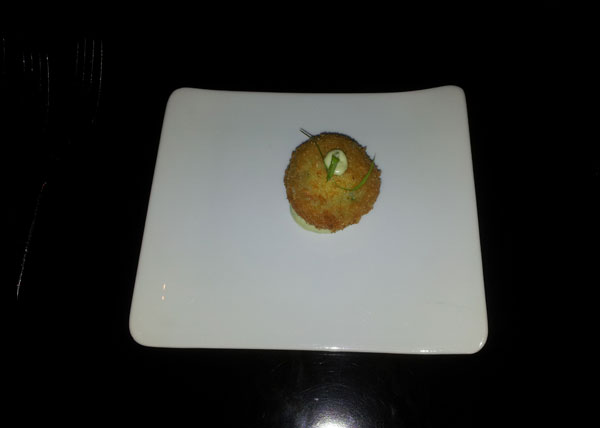 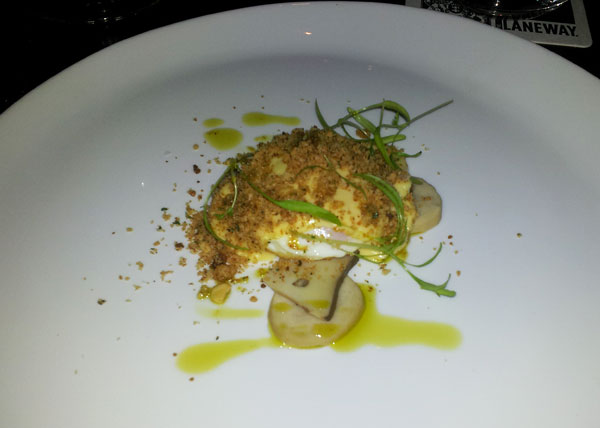 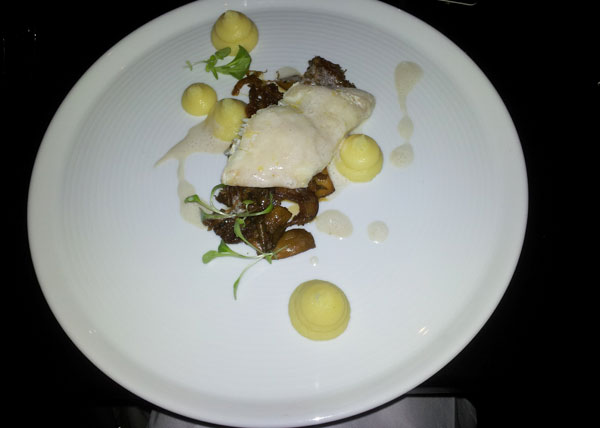 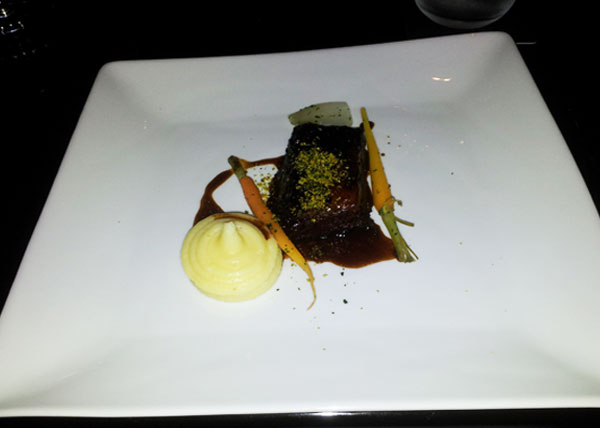 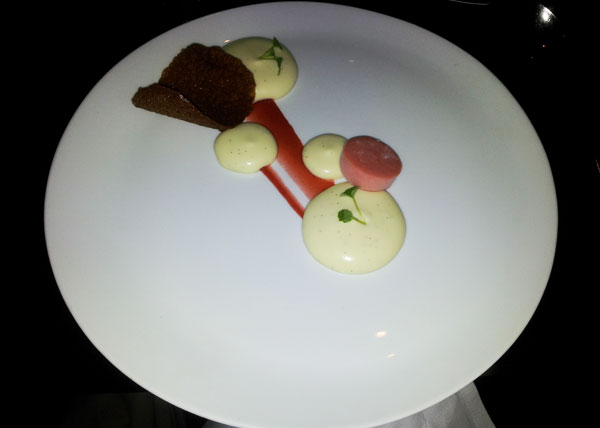 So how was it?  Well, a bit of a letdown to be honest.

First of all – the service.  There was none.  Well, not of the kind that you would expect for a restaurant exclusively serving a five course tasting menu that night.  The waiters were attentive and ensured our drinks were always topped up but there wasn’t really any explanation as to what the courses were, any information about the wine or anything like that at all.  They just plonked the plate in front of you and that was it.  I guess that’s just how they roll at The Euro.  Looking at the website, it does say that the venue is intended to be the casual dining companion to Urbane but seriously, a little conversation would’ve gone a long way.

There was some rather strange timing issues between courses too.  Between the canapes and the opening course, there must have been a near twenty minute long wait.  We were starving.  But then later in the evening, they trotted out the rib fillet straight after the reef fish before anyone had a chance to digest.

As for the courses themselves, they were reasonably tasty but nothing particularly stood out as a conversation stopper.  The presentation was rather unremarkable too.  The first three courses were browny-yellow splotches on a plate.  Things picked up a bit with the final two courses but overall there wasn’t the level of finesse or creativity I was expecting.

Not the night I thought it would be, unfortunately.

Tagged with: The Euro