To All The Boys I’ve Loved Before 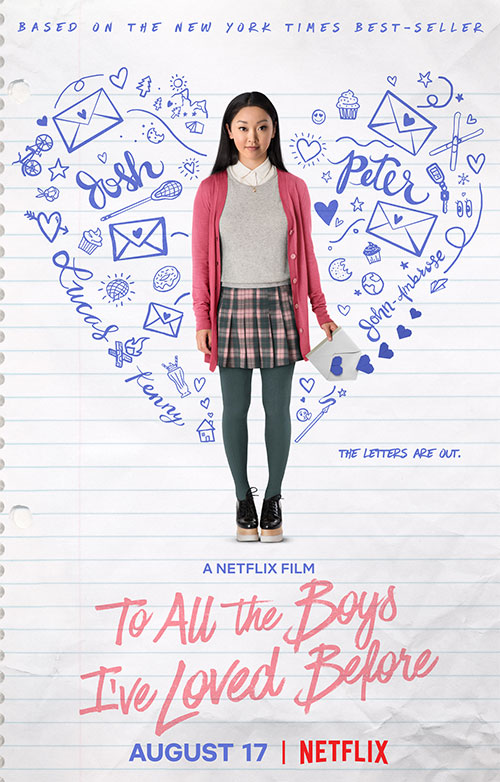 Lara Jean is having a disastrous day.

Life is difficult enough as a teenage girl in her junior year of high school.  Her older sister Margot has moved to Scotland.  Her little sister Kitty drives her nuts.  But what could be worse than a series of accidents leading to five love letters she wrote to her crushes being mailed out to them all at once?

There’s one for Peter, one of the coolest boys in school.  Another for Josh, who used to date Margot but they broke up when she went abroad.  There’s another for Lucas, a gay kid that she spent time with at the school formal.  Kenny, a kid who Lara Jean went to summer camp with.  And John.  Who’s kept a mystery until the eleventh hour.

Lara Jean is horrified when she learns what happened through Peter, who approaches her in a state of confusion.  If that wasn’t bad enough, she spots Josh walking in her direction, letter in hand.  Facing Josh would be too awkward so she kisses Peter and makes a run for it.

Although she doesn’t intend to take things further, Peter suggests to her that they ‘fake date’ so that Lara Jean can save face with Josh and Peter can make his ex-girlfriend Gen jealous.  It sounds  simple but of course things don’t go to plan as the two struggle to work out what to do when fake feelings begin to turn into real ones. 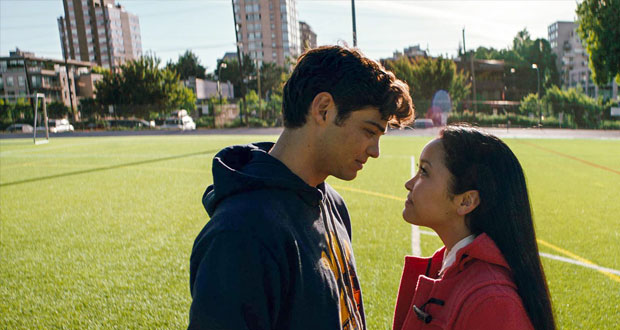 Teen rom coms can be tricky to make.  Only a small handful ever really connect with their audience the way Sixteen Candles, Clueless, American Pie and Mean Girls do.  Where the language in the films capture the zeitgeist of the times and the film becomes a platform for the actors to go on to become big stars.

Time will tell with To All The Boys I’ve Loved Before but I think they’ve just about nailed it.  It is a well made, comfort film with extremely likeable leads.  It’s been identified by Netflix as one of their most watched original films on the service.  And who would be surprised if Noah Centineo and Lana Condor go on to Hollywood stardom next year?

What makes TATBILB such a success?  It’s tricky to put my finger on it but I think it has an easy-going charm about it that makes it effortless to go along with.  Although the characters are pretty standard rom-com archetypes, they’re never cloying or irritating.  Quite the opposite in fact.  Condor is a witty and relatable central character.  Centineo is an affable and charming love interest.  Everyone understands how the film will end but the way it ambles along to its conclusion is pleasant, wholesome fun.  Credit to the screen writers too.  I think most of the jokes land as intended and they do a good job telling a Generation Z love story that feels genuinely representative of what teenagers are like today.

It made me laugh.  It made me smile.  It achieves exactly what all good rom coms should do.

To All The Boys I’ve Loved Before

A teenage girl’s secret love letters are exposed and wreak havoc on her love life.

Summary : A heart warming and well crafted teen rom-com. It is likely to make big stars out of its two leads Condor and Centineo.

Tagged with: Lana Condor Netflix Noah Centineo To All The Boys I've Loved Before