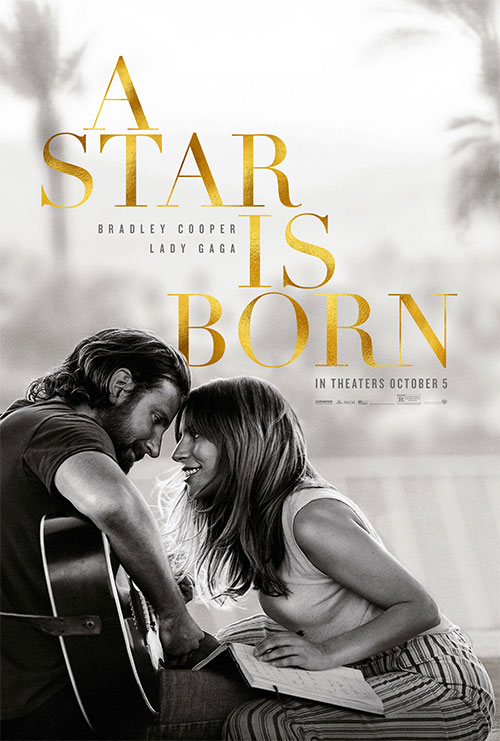 Have you heard Shallows enough times yet?

Strap in, because I suspect we’ll continue to hear Lady Gaga’s hit song from A Star Is Born all the way up to the Academy Awards in February.

Gaga plays Ally, a waitress and aspiring singer/song writer whose big break arrives when one of her performances is attended by Jackson Maine (Cooper), a country music star.  Jackson is taken in by Ally’s rendition of La Vien Rose and propels her to stardom when he invites her to his next show and brings her onstage to perform one of her songs.

Ally becomes a breakout star and also begins a whirlwind romance with Jackson.  Life moves fast for the star-crossed lovers however.  As quickly as Ally’s fame and fortune rises, Jackson’s life long drug and alcohol addiction begins to spiral out of control.  As Ally begins to win awards and a huge money-making European tour beckons, she’s faced with the difficult decision of looking after Jackson or living her dreams and leaving him behind. 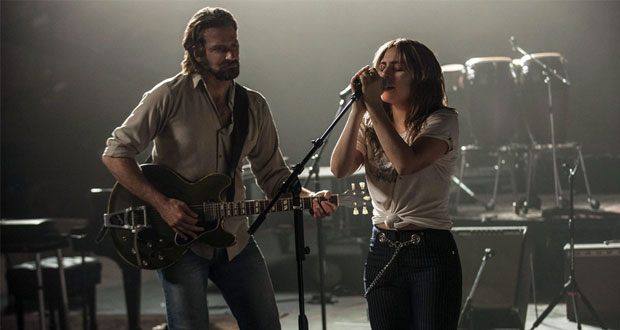 Bradley Cooper’s directorial debut is the fourth remake of A Star Is Born, which first made the big screen with Judy Garland’s version in 1937.  It has released to near universal acclaim and is tipped to win big at the Oscars next year.  A lot of the initial buzz was around the performances of the two leads.  Although Gaga isn’t new to acting (she did a whole season of American Horror Story), I think most audiences will be pleasantly surprised with how natural and convincing she is in her portrayal of Ally.  Likewise, I think it was news to most people that Bradley Cooper can sing, and he quickly establishes himself as a convincing and believable country music star in the film’s opening concert scene.

In fact, one of the big surprises for me with A Star Is Born, is just how grounded and natural the first act feels.  Cooper opts to go for an almost cinema verite style, with both he and Gaga singing on-set, with no lip-syncing or flashy showbiz production values.  Most of the character development and the chemistry between Ally and Jackson is told through their body language and eye contact as they perform song after song.  The natural talent and authenticity of these scenes make it easy for us to invest in them as characters.  The screenplay also blurs the lines with reality as a lot of Ally’s vulnerabilities, such as her sensitivity about her unconventional looks, mirrors the experience Lady Gaga had when she first made it big.

A Star Is Born is a handsome cinematic production and if the shining performances from the two leads are its most obvious assets, I’d also like to make note of some of its more subtle qualities.  In the past versions of the tale, stardom is seen as a finite commodity in Hollywood.  For one celebrity to make it big, another must fall.  And so the undoing of Norman Maine has been a fragile male ego, unable to cope with their waning stardom as their young protege rises.  I think today’s audiences would struggle to empathise with a character like that so Cooper wisely changes his version of A Star Is Born to focus on Maine’s battle with addiction and how he is let down by his enablers (in this case, his half-brother and manager Bobby).  In this version of A Star Is Born, Maine is never anything less than supportive of Ally’s success and only really challenges her when he feels she sacrifices her authenticity for fame.  Anytime you hear about someone ‘modernizing’ a classic film it generally carries pretty negative connotations but in this instance, I think Cooper has done a fine job bringing A Star Is Born into the 21st Century.

A Star Is Born deserves the hype surrounding it.  It is headlined by two fantastic performances from Lady Gaga and Bradley Cooper.  It shines even brighter thanks the deft handling of the direction and cinematography.  The musical performances will enthral and the look in Jackson’s eyes when he gets ‘that’ talk from Ally’s manager Rez will break you.  An outstanding remake of a Hollywood classic.

A musician helps a young singer find fame, even as age and alcoholism send his own career into a downward spiral.

Summary : An excellent new adaptation of the enduring tale with excellent performances from both Gaga (she can act!) and Cooper (he can sing!)