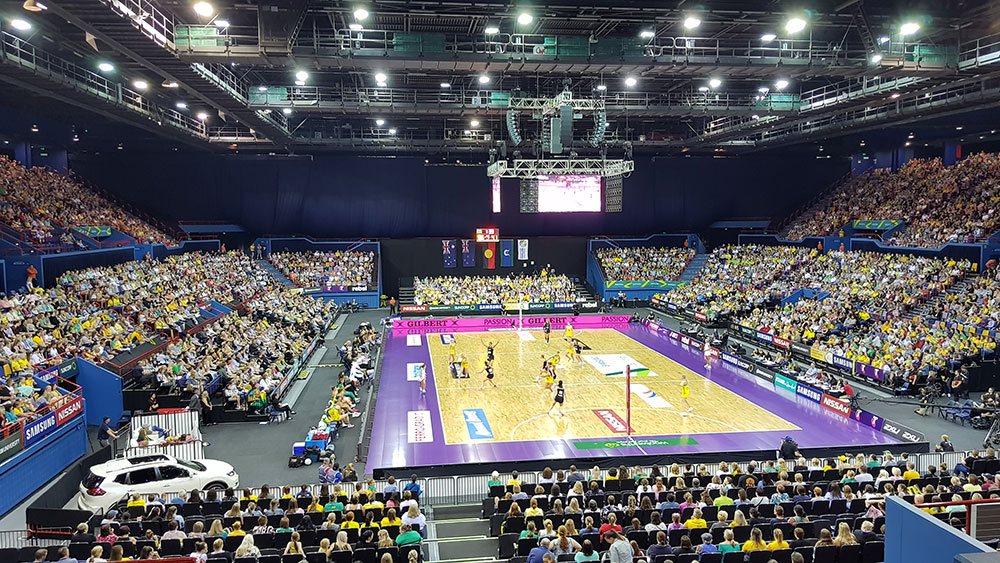 Earlier this month, I went to see my first ever Diamonds game.

The Diamonds are Australia’s national netball team and they were playing New Zealand in the Constellation Cup.  Tickets are pretty hard to come by (it’s a sellout) but fortunately I was able to score a pair of tickets by winning a social media competition where I nominated my favourite uncapped Queensland Firebirds player to one day become a Diamond.  I went with Laura Clemesha, the Firebird’s reserve goalkeeper who is poised to become a big star next season as she replaces retiring Firebirds and Diamonds legend Laura Geitz.

Fortunately, they picked out my name out of a couple of hundred entries! 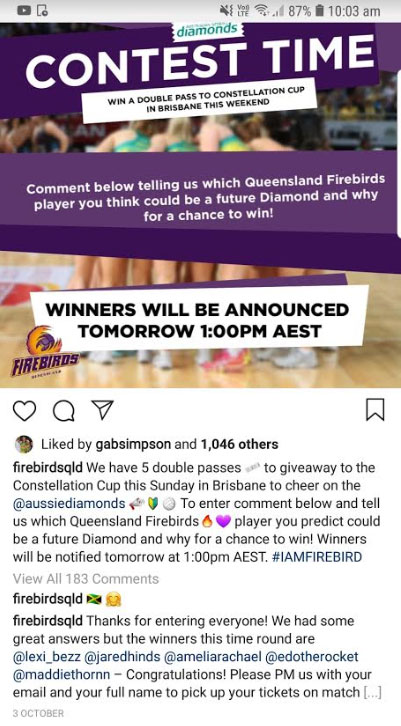 How did I know who Firebirds goalkeeper Laura Clemesha was?  Why was I entering a contest to win netball tickets in the first place? 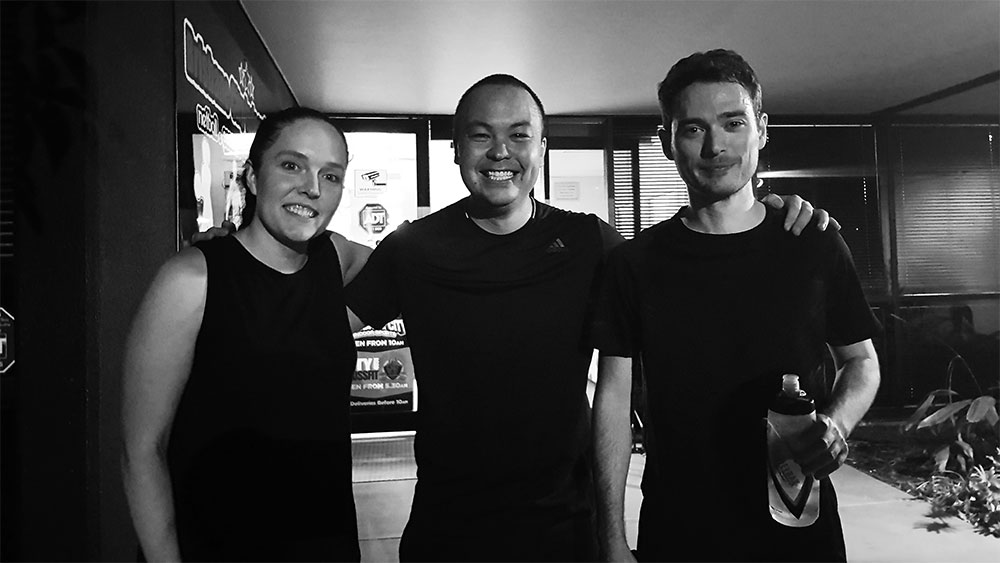 TFW readers with long memories might know that I’ve had a passing interest in netball for a few years.  Good friends of mine are season ticket holders of the Queensland Firebirds and got me along to some of their biggest games, including their three grand final wins.  Two of those finals games are considered amongst the best ever contested in domestic netball.  In 2015, the Firebirds were losing for almost the entire game against the NSW Swifts until they rallied from four points down with two minutes to go to sensationally win the game in the last thirty seconds.

If fans thought that was as close as a netball contest could be, the next year the same two teams met again in a game that ended in a draw, remained even after two rounds of extra time, and eventually went into a sudden death shoot out where the first team to lead by two points would win the championship.

So for the last seven years, I’ve been a casual fan, watching at a distance.

In December 2017, our office decided to put together a netball team.  We were the mighty Fire Chickens (a terrible spoof of the Firebirds) and I was invited to play.  I think this was the beginnings of what really grew my appreciation of the sport.

I played a variety of positions.  My first week I was Wing Attack.  I even played one quarter as a Goal Attack (trivia:  I have scored a single point in my netball career).  I eventually settled on Wing Defence.

It’s interesting to try and learn a new sport at 35.  As a kid I played a ton of cricket, soccer and rugby.  But netball is hardly anything like those sports.  The one trait I carried across from soccer was man-marking in defence and moving into open space in attack.  But otherwise, it was a slow and error-riddled learning curve for me.  Having said that, I was having a blast.  People in our Tuesday night Division 2 mixed gender league were friendly and above all, patient.  I like the culture of social netball in Australia.  Like touch rugby, I appreciate that mixed gender leagues are common place and people generally play with good sportsmanship.

The Fire Chickens eventually came good.  We lost our first couple of games but after that we won one.  Then another.  Then another.  We actually went on a solid run, finished 3rd in the league and we beat our semi-final opponents (against the tricky Pineapple Pickers) and made the grand final.  We didn’t win the big one but it was a great achievement for a team with so many newbies.  There were a couple of memorable games that stick out in my mind where the lead changed hands several times and the final score was within 2-3 points.  I had an absolute blast playing.

After the season was over, I was keen to consume more netball on television.  As fate would have it, I picked a good time to jump in. 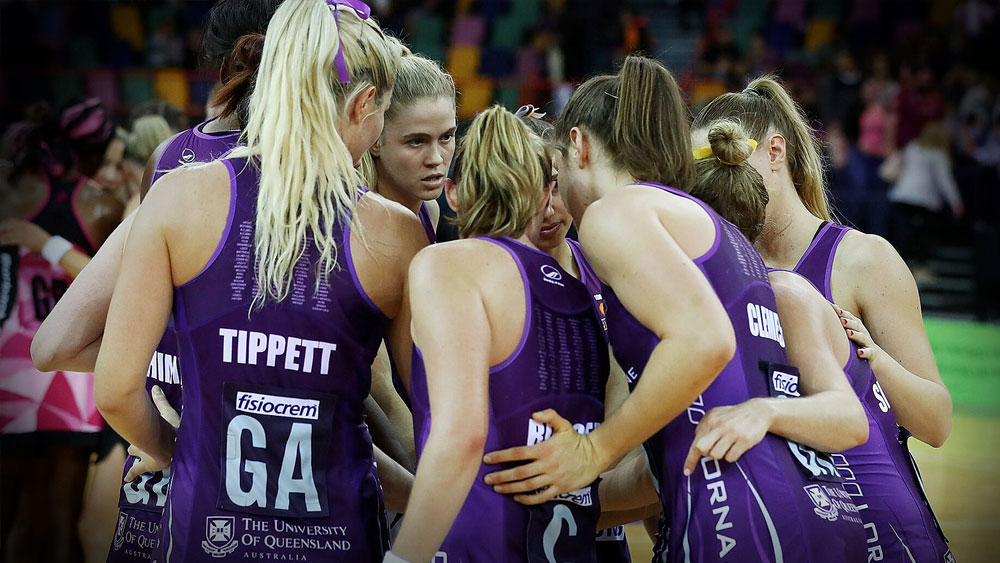 Although netball has been a popular sport in Australia for a long time, it is currently undergoing a period of transition both on and off the court.  On the court, 2018 was a significant year that saw the retirement of half a dozen mainstays of the Diamonds team including Laura Geitz, Madi Robinson, Susan Pettitt and Sharni Layton.  Off the court, the most high profile competition had been a Trans-Tasman league which included teams from Australia and New Zealand.  Two years ago Netball Australia ended their participation in that competition and established an eight team domestic competition (Suncorp Super Netball) which included three newly established teams – Sunshine Coast Lightning, NSW Giants and Collingwood Magpies.

The combination of retiring legends and expansion of Australian based teams has opened the door and created opportunities for a ton of new, young talent.  This has made it a very exciting time to jump in and become a fan.  New teams and new players to watch make for an unpredictable competition.  In fact, the inaugural winners of the Suncorp Super Netball league was Sunshine Coast Lightning, one of the new teams.

The Queensland Firebirds are fun team to support and watch.  They have some great players who have been in the side for many years including cult heroes Gabi Simpson and Romelda Aiken.  They’ve had the consistency of the same coach for nearly ten years (Rosalie Jenke) so there is a distinct style to their play.  And although they have won the championship three times, they don’t dominate the competition in a way that would make it predictable and dull. 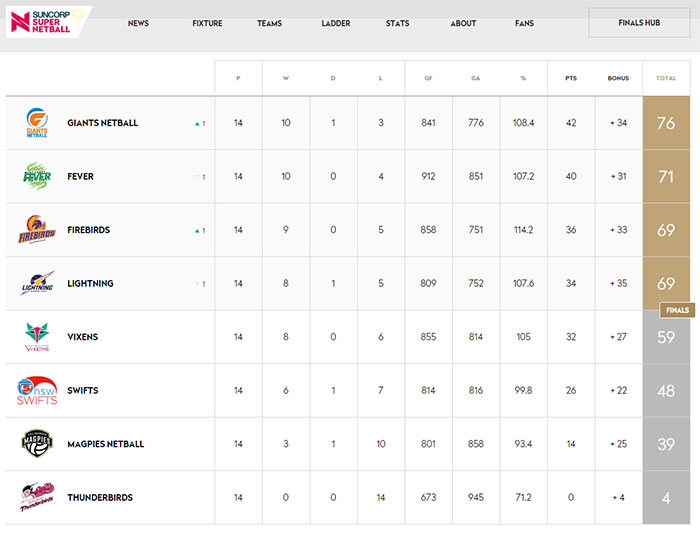 In 2018, they had a great season, losing just a single game at home and finishing third in the league.  Consistency was their enemy as they beat every top four team in the league but unexpectedly dropped points against the Thunderbirds and the Magpies.

They made it into the finals but lost against state rivals Sunshine Coast Lightning, a game which I went to see live.  They were losing by 7 points in the fourth quarter, rallied back to draw even before letting the game slip away in the final minutes.  The Lightning went on to win the Grand Final and talk themselves up as the biggest team in Queensland.  It’s only made the rivalry between the teams that much more heated.

It was a great season to follow from start to finish and I’m looking forward to seeing how we go next year with our young guns like Tara Hinchliffe and Kim Jenner getting more game time.

Seven years ago, I wrote about my growing fandom for soccer and specifically the Brisbane Roar.  I credited it with having the chance to share the experience with my friend Rich Watson.  You need someone to go to games with and send messages to.  That someone you can react to squad selection and transfer news with.  For me, the last piece of the puzzle for my netball fandom was finding that equivalent person.

My friend Mal has played netball all her life.  She knows everything about the game inside and out and has been a long time Firebirds fan.  She organized the Fire Chickens team and very patiently taught me the fundamentals of how to play.  When I began to watch the Firebirds more closely on tv, she diligently filled me on players I was unfamiliar with and the history we had with other teams in the league.

Her own enthusiasm for the game, and her willingness to help grow my own interest in the game, turned me into a netball fan.  In a crazy year with lots of huge milestones in my life, becoming a netball fan has been one of the most enjoyable ‘little things’ that came out of 2018.  For that, I’m very thankful to her. 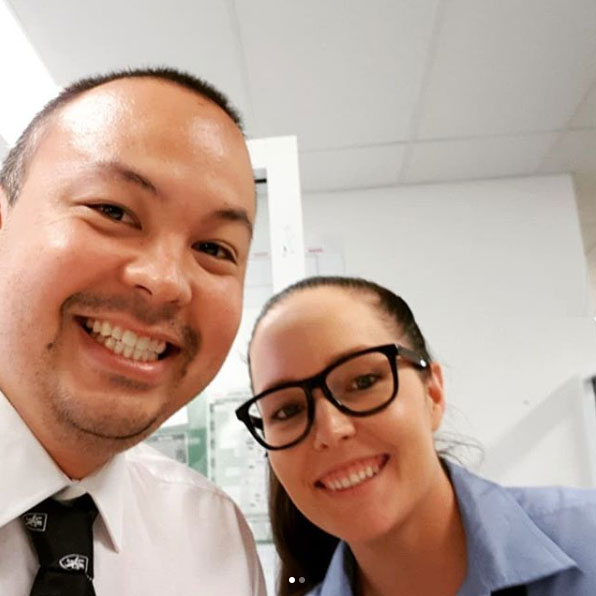