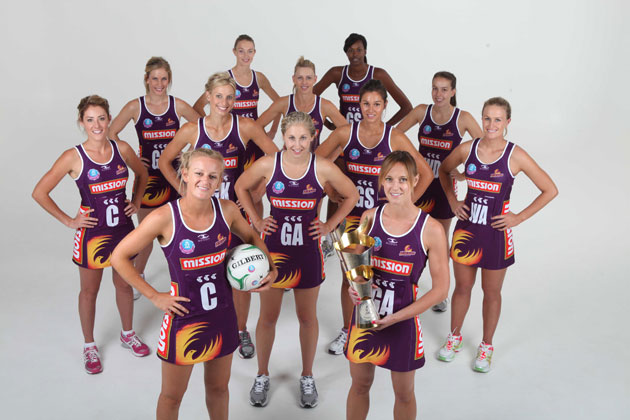 I haven’t blogged about the Queensland Firebirds at all this year but since I got introduced to the ANZ Competition in 2011 when I saw them win the  grand final, I’ve ended up becoming a fan and subsequently going to quite a lot of their home games this year as they attempt to defend the title.  As with the Brisbane Roar, I mostly go with Jen.  I asked her if she was particularly attracted to the idea of supporting netball because of the strong female role models – I figured that she would like these empowered athletes who work hard on a professional level and can act as positive role models for thousands of young female fans who come to support them.  Jen thought about it for a moment and replied – “Not really.  I think they mostly seem like total bitches.”

Bitchiness aside, the Firebirds have had a tough season.  Their win-loss ratio this year (7-4) isn’t too bad but with one round to go, the league stands in a pretty unusual balance.  Half the teams in the entire competition are tied for first.  The Firebirds’ final game of the season is against the competition leading Waikato and Bay Of Plenty Magic.  If they beat them, then they have a chance of getting through to the finals. 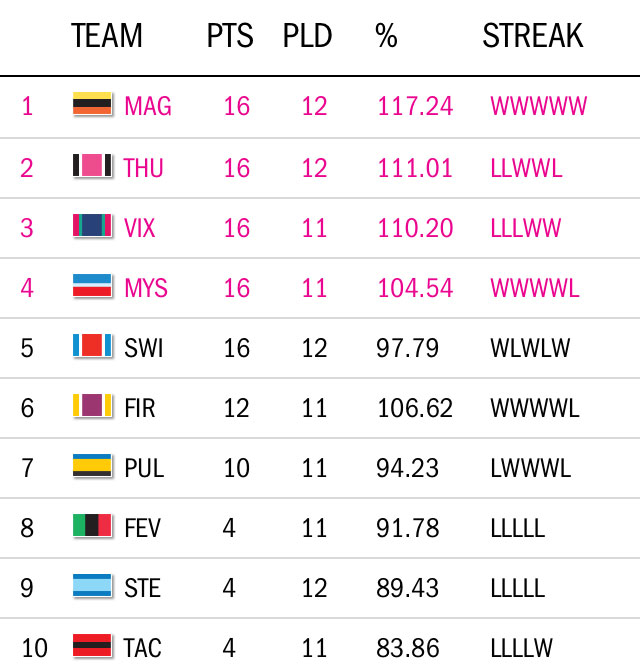 I’m told that at the end of Round 12, if there is still no clear winner, there will be a five-girl sack race held on consecutive Sundays to determine the winner.

The fact that I am blogging about netball when we are at the Quarter Final stage of the Euro 2012 is influenced by the fact that the time difference to watch these games in Australia is absolutely shocking and the coverage on both pay tv and free-to-air is insultingly bad.  Fox Sports has no coverage whatsoever and SBS is only showing eight matches live.  The delayed coverage of games is sometimes being shown two days later.  Dreadful.

Previous: Youtube Friday: A-League Highlights of Season 7
Next: Snow White and the Huntsman