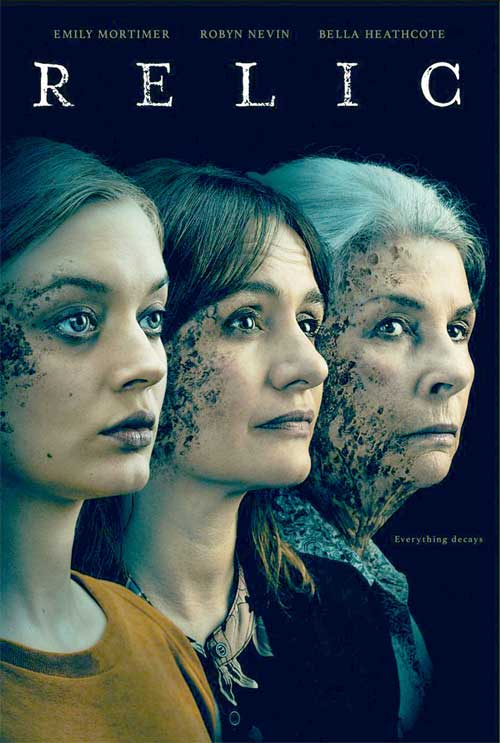 Stop me if you’ve heard this one before.

A first time Australian director creates a brilliant debut horror film that initially has a limited theatrical release before eventually finding a wider audience thanks to streaming services.

It happened six years ago with Jennifer Kent’s The Babadook and here we are again with Natalie Erika James’ fantastic horror drama Relic.

The film begins when widowed septuagenarian Edna goes missing from her remote family home.  This prompts her daughter Kay and granddaughter Sam to visit Edna’s home to look for her and find out what happened.

Kay and Sam discover the family home in a disturbing state.  Its dark, rundown and feels alive, as though something exists within its walls.  The place is also in a state of decay with black mould throughout.

Edna returns home the following morning, barefoot, covered in mud and unable to explain her absence.  A physician checks her out and finds nothing wrong with her but for a large black mark on her chest.  Alarmed at Edna’s failing memory and the state of the house, Kay plans to move her into an aged care facility, much to the consternation and protestations of Sam and Edna. 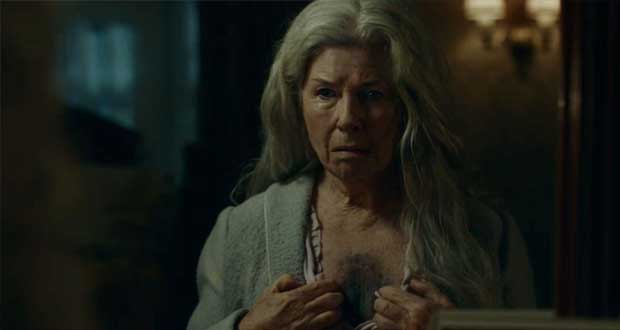 Relic is an affecting and well-crafted allegory for dealing with losing a parent or elderly relative to dementia.  It becomes pretty clear early into the film what is happening to Edna and that the black mould and supernatural events that take place can be interpreted to be either literal or metaphorical.

The journey that unfolds in Relic has shades of Jonathan Glazer’s sci-fi horror Under the Skin.  James gradually builds a feeling of dread and tension with the audience as Edna begins to unravel and lash out at Kay and Sam.  Relic is not like a traditional horror film that builds its mood from jump-scares or its soundtrack.  Most of the tension here builds more organically through the verbal exchanges between the three women.

Eventually, when Relic reaches its crescendo, we see something horrific onscreen and yet the moment is executed with a soft touch and empathetic gaze. We are almost relieved at what has happened.  For a debut feature, James’ skilful crafting of the final act is remarkably assured.

This small scale intimate production works in large part thanks to James’ clever writing and direction.  I also think the trio of actors – Emily Mortimer, Robyn Nevin and Bella Heathcote – all do exceptionally well in sparse, minimalist conditions.  They don’t really have much to work with other than the house itself and one another.

Relic is a sombre, thoughtfully made horror film.  An underrated gem in 2020.

A daughter, mother and grandmother are haunted by a manifestation of dementia that consumes their family’s home.

Summary : A fantastic debut feature from Natalie Erika James. It gets under your skin with eerie effectiveness.

Previous: Eurovision Song Contest: The Story of Fire Saga
Next: The Last of Us Part II