When the Canadian Broadcasting Company wanted to cover the Mitt Romney Chipotle photo, they wrote an article about how it was received on the Internet.  They sourced some reactions from all usual trend setters on the web – Reddit, DailyKos and…edotherocket’s twitter feed. 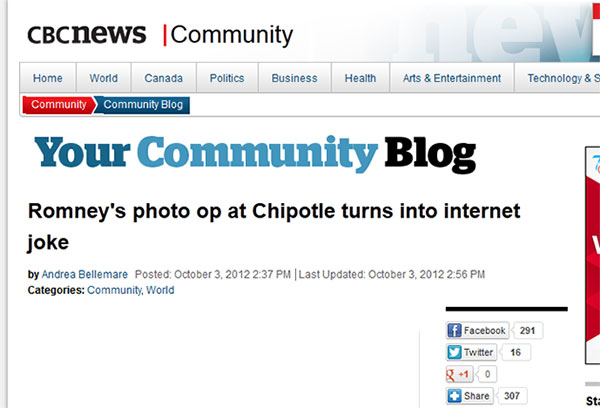 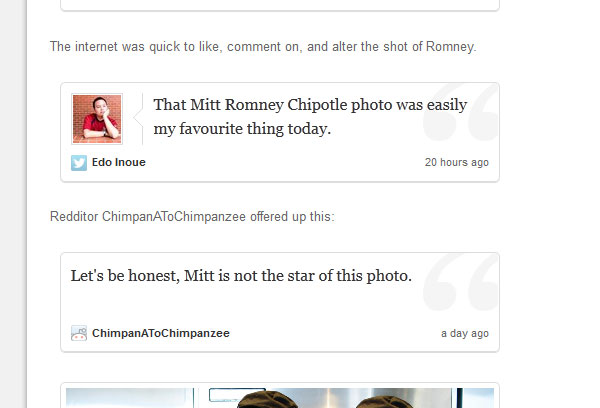 The Canadians want to know what celebrity twitter commentator edotherocket had to say. I had five more followers shortly after the publication of this article :0

Previous: U.S Presidential Elections 2012: On The Campaign Trail
Next: Mark of the Ninja