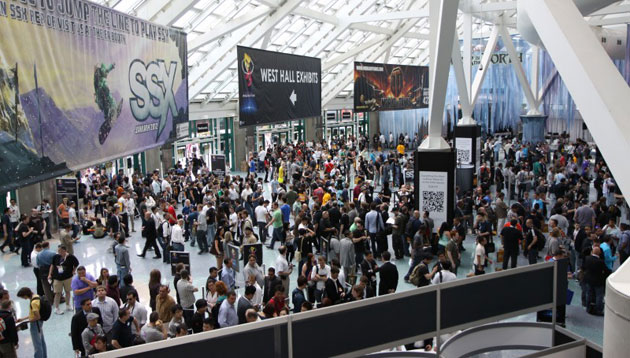 The annual Electronic Entertainment Expo is often described as a Christmas time for gamers.  It’s where new consoles and video games are often unveiled for the first time and each major hardware company unveils their vision for the year ahead.  The 2011 edition was expected to be a biggie.  Both Sony and Nintendo had new hardware to reveal which is always exciting.  Five years into a console cycle (for the PS3/360/Wii) is also considered to be a sweet spot for game developers as by this stage they have usually got a real grasp of how to develop for these systems and usually it then results in some of the best games.

Here’s my two cents on what was shown this year.

I can’t really remember the last time, if ever, that I felt so underwhelmed by a new console during its unveiling.  Nintendo currently dominate the marketshare of the current consoles with their hugely popular Wii console but its fortunes have rapidly dried up in the past twelve months.  Sales are in freefall, there appears to be very few decent games left on the horizon and its standard definition output is seriously showing its age.

So on paper, the video game market leader revealing a successor to its current platform and making the jump to HD should be a big deal.  So what happened?

The new console appears to have pretty underwhelming specs.  While we don’t 100% know this to be certain, it would seem that its capable of outputting graphics that are ‘just’ on par with the 360/PS3.  I say ‘just’ because they are both seven year old pieces of hardware that are probably about to get an upgrade in a year or two.  This would suggest that it won’t be long before Sony and Microsoft are once again a generational gap ahead of Nintendo in this respect.  Having said that, graphics aren’t everything and of all the companies, Nintendo’s stable of franchises probably don’t need to have a lot of graphical horsepower behind them to shine in HD.

More disappointing to see was the complete absense of any kind of framework for their online environment.  To be blunt, the Wii is so user-unfriendly and limited that it barely has one worth mentioning. I don’t know a single person who plays online games on the Wii. There was plenty of expectations that the Wii U would improve upon this.  Both Sony and Microsoft have far superior ecosystems where you can see which of your friends are online and what they are playing, invite them to play games or chat with ease and check out videos and demos of new products.  This should be an industry standard now.  The ability to play FIFA online and trash talk simultaneously with Pat, Mike and Dom is something I expect in all future consoles.  Unfortunately with the Wii U, the Nintendo execs revealed almost nothing and stumbled over their answers explaining how it would work to press journalists. I’m not asking Nintendo to re-invent the wheel here. Just copy what has been the norm on the other platforms for half a decade.

Perhaps my biggest concern with the Wii U however is the new control method.  The original Wii was definitely an industry disrupter in this respect with their famous Wii remote controller which popularized motion/gestural gaming and made followers out of Microsoft and Sony.  This time around they unveiled a new controller that is about the size of an iPad and has a built-in touch screen.  I have massive concerns about this new controller.

Firstly, it uses some arcane method of communicating with the console that gets confused if there is more than one controller tethered to the unit.  You read right.  Currently, Nintendo can’t even confirm whether you will be able to have two players using this type of controller.  Instead they want one player using the new controller, and the other playing using either a Wii remote, a Wii Motion Plus remote, a Wii remote & nunchuck or a Wii Remote & classic controller.  Which of course brings me to my third complaint:  there are way too many controller configurations for the new Wii.  Five in total.  Who the hell wants to have that much clutter lying around their home entertainment unit?  Surely the best multiplayer game environment is when everyone is on a level playing field and using the same control method?

At the end of the day, its all about the games themselves of which we saw little but the promo video I’ve linked to seems to show off Nintendo’s intent to continue to deliver a console that is still primarily based on gestural gaming. Unfortunately, I don’t think that’ll work now that the buzz has died down. When the Wii first launched in 2006 there were plenty of non-gamers who were curious and interested in having a go. I remember Jen and I had people over specifically because they wanted to play the Wii. Fast forward to 2011 and the Wii is sitting there collecting dust. I don’t think your average person wants to play variations of Wii Sports anymore but I fear that thats what Nintendo is counting on.

Sony revealed the Playstation Vita at E3, a successor to the PSP.  It’s designed in a very similar shape and style to the original PSP but with new features and a checklist of amendments aimed at fixing criticisms of the original.  Lets see:

All this makes the system sound pretty great.  I think that their biggest challenge, and the same that Nintendo faces with their 3DS, is competing with the $2-$5 game market that has flourished on smart phones.  Since people can play games on their iPhones and Google Nexus devices, why bother hauling around a portable games console?  As good as Uncharted looks on the Vita, who has time to play something that complicated and time consuming on a portable device anymore?  Surely the better suited style of game would be short and sweet like Words With Friends or Angry Birds?

I like the look of the Vita personally but I think Sony still has their work cut out for them.

Uncharted 3
I absolutely adore the first two games.  I don’t know if it was a coincidence but this instalment features a ship in stormy waters and a dessert plane crash which is evocative of scenes from the new Tintin movie that releases around the same time.  I love this series for its entertaining characters, unbelievably good graphics and its action-packed gameplay.  Developer Naughty Dog have such a flair for sprinkling cinematic touches in their games.  I cannot wait.

Elderscrolls: Skyrim
Oblivion was the first game we bought on the Xbox 360 and it has the distinction of converting my wife into a full-blown console gamer.  Although I look forward to playing it myself, I’m pretty sure I won’t see Jen for about two weeks when this game comes out.  She will probably be taking annual leave from work and stockpiling food for this gaming induced hibernation.  Admittedly, the latest instalment looks incredible.

Papa & Yo
This Playstation Network game is being made by a Brazillian developer and its about a boy and his pet monster who is his friend unless he eats frogs which makes him go bezerk.  The developer has cited growing up with an abusive and alcoholic father as the influence for this game.  I’m intrigued by the concept.

Journey
As games with artistic flair go, few games looks as striking as Journey which tells the story of a nomad who travels through a dessert. It makes me happy that games are catching up to traditional animated films with stylized visuals such as this.

The Legend of Zelda: Skyward Sword
It’s the 25th anniversary of Zelda and what better way to mark the occasion than to play the first console based Zelda game to be released in five years. We’ve known about this game for a while now but now thats its just a few months away, my hype for this game is starting to grow.