Lets the mudslinging and oneupsmanship begin!  PM Julia Gillard has confirmed that Australia will go to the polls on August 21st.  Over the next four weeks, we’ll get to talk in-depth about mining tax, emissions trading schemes and asylum seekers.  I AM VERY EXCITE. 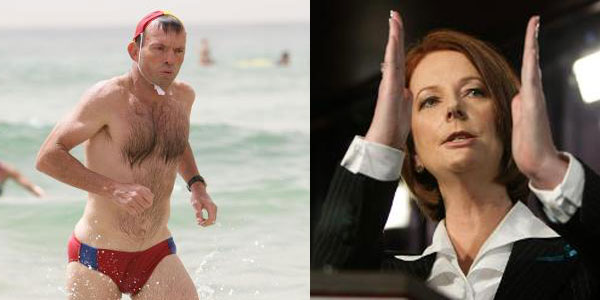 Both parties are on the move and making some huge powerplays to try and woo voters.

Earlier in the week this happened:

Labor:  We’re delaying our shitty and unpopular Internet Filter policy until after the election!

Julia Gillard must have been feeling pretty good about that until

Well played, Tony Abbott.  The fight for both parties to jettison the major policies that defined them for several years continues.

Previous: Not long to go now
Next: Sharktopus trailer is up