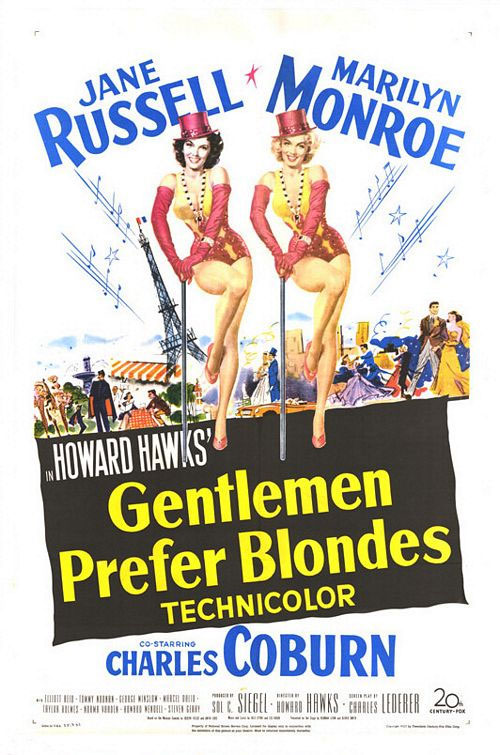 When I look back at films made in the Forties and earlier, with beautiful women who would dress demurely, who would be forbidden from using any racy language or act in any kind of sexually empowered manner, I can’t imagine how conservative cinema-goers of that era adjusted to the arrival of screen siren Marilyn Munroe and her breakthrough performances in the early Fifties.  The outfits.  The playful flirtation.  Those pouty lips.  That voice.  She must have blown their minds. 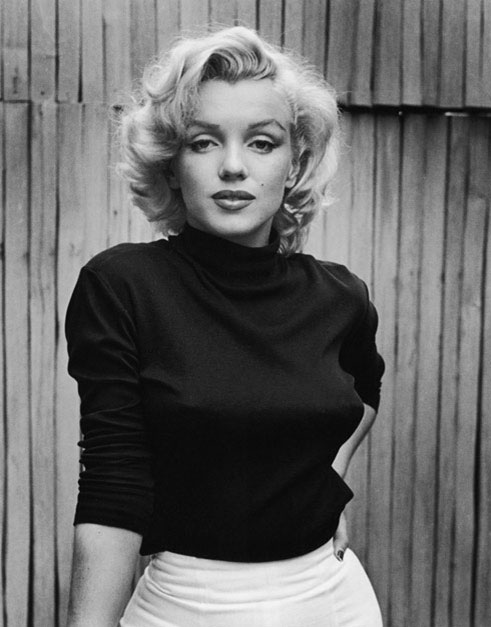 In Gentlemen Prefer Blondes, Munroe plays Lorelei Lee, a beautiful, gold digging showgirl who is looking for a wealthy man to marry.  Lee performs with her best friend Dorothy Shaw (Jane Russell) as ‘two little girls from Little Rock’ and after finishing their latest number, Lorelei is proposed to by the smitten millionaire Gus Esmond.  Lorelei accepts and although they intend to marry in Europe, their plans are scuppered by Esmond Sr. who suspects that Lorelei is only after his son for money.  Lorelei and Dorothy are sent to work on a cruise ship destined for France but Gus is forbidden from going by his father.  Gus recruits the services of Dorothy to act as a chaperone to Lorelei but unbeknownst to him, Esmond Sr has hired the services of a private investigator, Ernie Malone, to see if Lorelei remains faithful to Gus.

What follows is a light-hearted, comedic musical caper where all the ingredients seem to come together perfectly.  No wonder this is the film that launched Munroe to super stardom.  It has an iconic musical number in Diamonds Are A Girl’s Best Friend, classic Munroe imagery as she bedazzles men in assorted low cut sequined evening dresses and plenty of sharp one liners (“I just LOVE finding new places to wear diamonds”).

Lorelei Lee would become a pretty well-worn template for Munroe characters to come (How To Marry A Millionaire is practically an identical role) but there are nuances to Munroe’s performance here that I find surprising and weirdly progressive for the Fifites.  If anything, I’m not sure many major studios would have a character as bold as she is today.  On one hand she plays the naive, playful blonde who likes bouncing on beds and seemingly doesn’t know the difference between a country and a continent.  On the other hand, she might not be bright but she is single minded in her wants and by the end of the film she doesn’t break them for anyone.  She simply talks men into her way of thinking.  The film concludes with Lorelei meeting Esmond Sr., openly telling him she wants to marry Gus for the family fortune and then rationalizes it by saying she wants to be happy and wealthy.  “Don’t you know that a man being rich is like a girl being pretty? You wouldn’t marry a girl just because she’s pretty, but my goodness, doesn’t it help?”

It’s this agency that Lorelei retains in choosing her husband which I found remarkable for a film that is sixty years old.  In contemporary films, I think Megan Fox or Scarlett Johanssen would be so lucky to land a role in which they weren’t almost exclusively defined by the wants and desires of the men who choose them.

Before shooting on this film began, Munroe was not intended to be the leading lady.  It was the straight talking, jaw jacking Jane Russell who was supposed to be the star.  Russell landed a cool $200,000 for the role whereas Munroe got a meager $18,000 by comparison – $500 a week for the duration of the shoot.  Despite the financial disparity, the two bonded on the set of the film.  The dichotomy between Russell and Munroe’s wildly different personalities but believable comradery is yet another thing in the film that works so well.  This is the first film I’ve seen Russell in and I liked her a lot.  I believe the term they used back then to describe her type is something who has ‘moxy’. 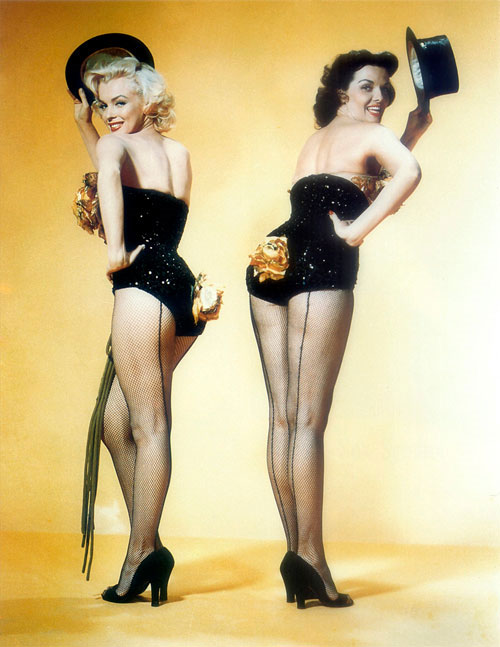 Gentlemen Prefer Blondes is regarded as a classic film and was a launching pad for Munroe’s career.  The film has aged exceptionally well and is a great showcase for what made Munroe so popular and so entrenched in popular culture at the time.  With its Broadway musical origins, the handling of a talented director and the support of Jane Russell, the film was always in good hands.

Summary : My favourite of the Marilyn Munroe films that I've seen to date. Although Diamonds Are A Girls Best Friend is what its most remembered for, there are also plenty of other great tunes and one liners here. 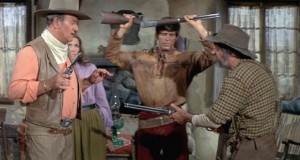 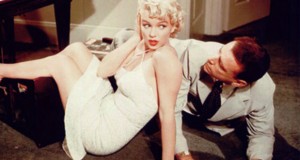 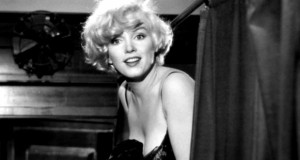