The Ashes Game One – Brisbane

The first Ashes game of the series concluded in Brisbane yesterday.

The build up promised an evenly contested battle between Australia and the Old Enemy and it certainly delivered.  The game was a seesaw contest, back and forth, over the five days.  On the first day, Australia appeared to have the ascendancy on the back of a hattrick by Peter Siddle.  That was backed up by a career saving batting performance from Michael Hussey.  England looked out for all money until Strauss and Cook came to the crease and scored a ton each.  Well, actually, Cook scored a double century.

When the dust settled, the game was declared a draw.  The series remains locked at 0-0.  So what have we learnt so far? 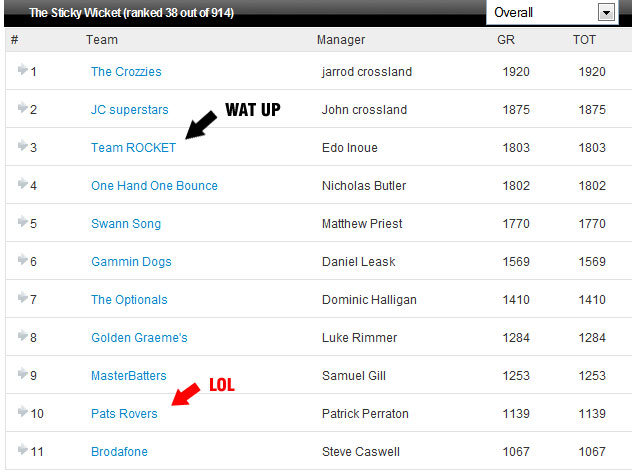 Don’t take pointers from Pat on who to back in the Ashes.

I was fortunate enough to attend the first two days of this series.  It was the first ever Ashes I’ve ever seen live.  It was a great experience.  That hattrick on the first day in particular will stick out in my mind for years to come.  It was incredible to witness live.  When Siddle charged down the pitch to deliver that third ball, the crowd was on its feet and the place was electric.  I’ve seen a ton of entertainers, musicians and sporting events in my time but few experiences can compare to the Gabba letting out a collective roar when the umpire signall Broad’s dismissal.

Siddle claims the scalp of Stuart Broad to claim his hattrick

I like Siddle.  He’s a total mongrel.  Just look at this guy.  He’s the kind of guy we need in the side. 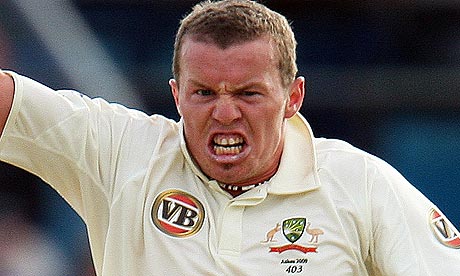 You know who we don’t need after this first game is Mitchell Johnson.  Zero wickets, barely a handful of runs with the bat and a dropped catch.  Thanks for coming Mitchell but your services will not be required for the rest of the series.  He’s right up there with Marcus North as one of those guys that inexplicably gets picked time and time again while we leave Ryan Harris and Doug Bollinger out of the squad.  Plus, his weird public spats with his mum creeps everyone out.

Hopefully Game Two sees a significant reshuffle to our bowling ‘attack’.  Siddle’s hattrick aside, we looked toothless in that second session and the sloppy fielding and uninspired field setting by Ponting didn’t help things either.

It will be interesting to see how this series plays out from here.  We need things to pick up or else we’ll be seeing a lot more of this over the rest of the summer: 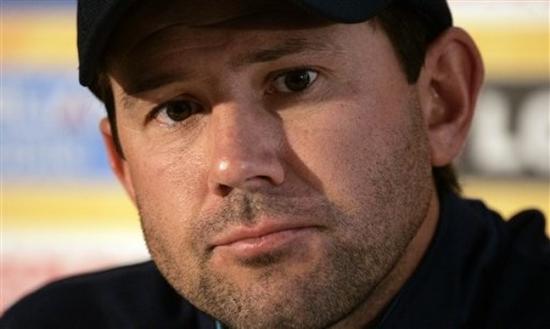 Who me? First captain in 80 years to lose the Ashes three times?