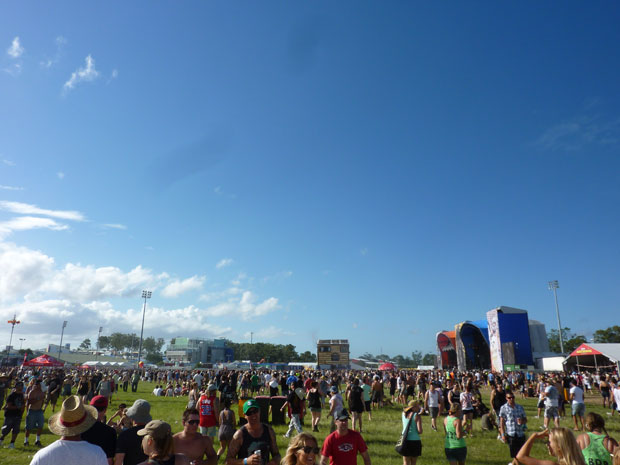 You wouldn’t have expected it a couple of weeks ago but it was bone dry and absolutely scorching weather for Big Day Out 2011 in Queensland.

This was the 19th year that Big Day Out has been held and it continued the festival’s trend in recent years of really serving up a seriously eclectic mix of artists.  The headlining acts ranged from the sinewy and decrepit Iggy Pop  to contemporary acts such as Birds of Tokyo and Bloody Beetroots.  The line up is designed in such a fashion that there should be at least one or two acts that everyone is excited for and a bunch of bands that you probably thought you would never see.  Often its these latter acts that prove to be some of the best parts of the BDO experience as nothing quite beats being surprised and enthralled by discovering a new artist you’ve never listened to before.

Personally, I had two major disappointments with Big Day Out 2011.  Firstly, the band I was most looking forward to watching, The Black Keys, pulled out a week before the show.  Secondly, my mobile network completely crapped out so I couldn’t catch up with most of my friends who were there that day.  Otherwise, the show was excellent.

One of the highlights of Big Day Out this year came about when I got an extra ticket for free when a friend of a friend pulled out at late notice.  I gave the ticket to Jen’s youngest brother Matt.  He’s a huge music fan but having grown up in Brunei and rural parts of New Zealand, he never had a chance to go to major music festival before.  He was clearly having the time of his life that day and I found his enthusiasm infectious and lifted my own spirits when I was starting to get a little tired towards the end of the night.

As for the artists themselves, I particularly enjoyed the wisecracking comedian and musician Reggie Watts who played his set in front of a tiny but raucous crowd at one of the side stages.  And for sheer spectacle, it was hard to go past Rammstein whose multi-million dollar production values meant that their entertaining hour long set was continously bombarded with flames and fireworks.  Their setlist was an accessible selection of catchy tracks that infused dance and metal music.  I’m not normally one to listen to either genre but when brought together in this fashion, you couldn’t help feel like jumping around, head banging and singing along unintelligibly.

All in all, a pretty decent show and hopefully it bodes well for other music acts that I’ll check out during 2011. 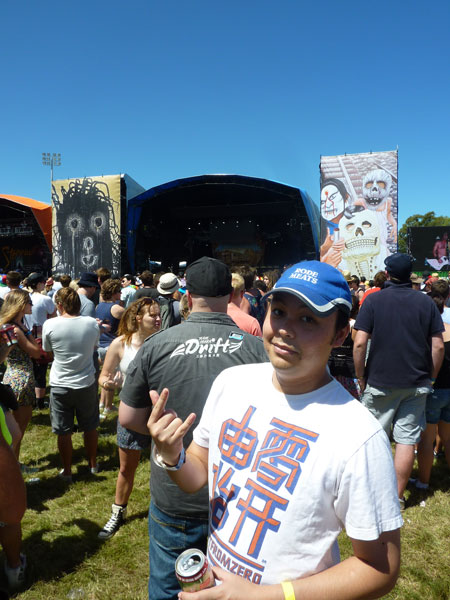 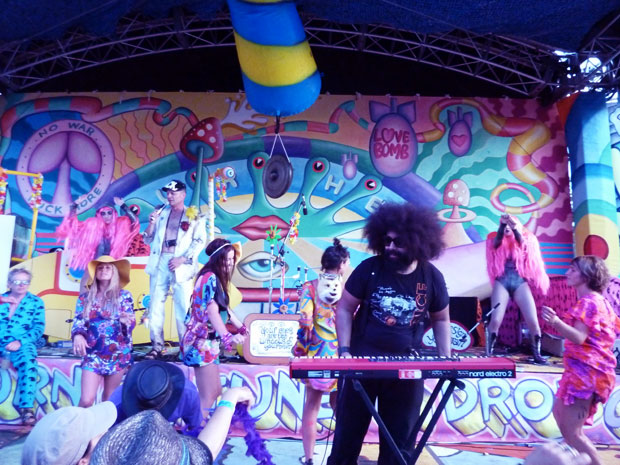 Reggie Watts playing at the Lily World stage. It was a bit like being on the set of an Austin Powers movie 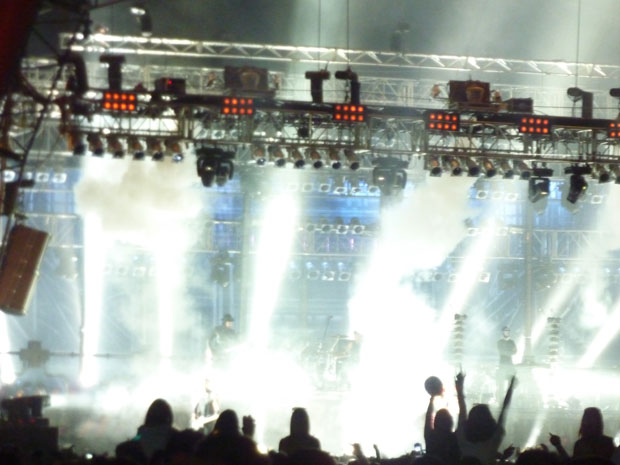 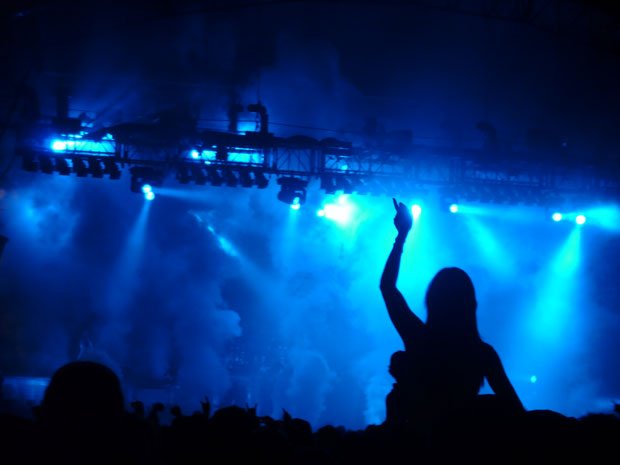 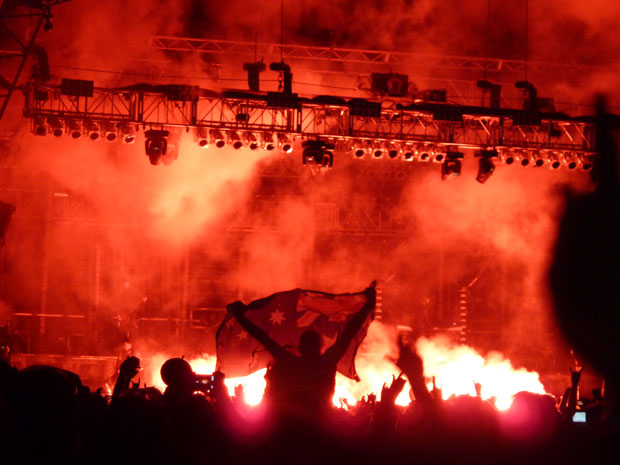