Over the past 18 months or so, myself and Jenni have come to have quite a soft spot for Sydney.  I’ve travelled there about 10-15 times in the past year and both of us have many fond memories there.  We’ve got our favourite restaurants, favourite shops that sell stuff you can’t find in Brisbane and many old friends from Queensland now call New South Wales home.  So when the two of us felt a bit of post-Christmas blues and wanted a week ‘away from it all’, we decided to head to Sydney for some rest and relaxation over the Australia Day week.

Jen pulled out all the stops in organising the trip and in short notice we booked a couple of tickets to the Sydney Cricket Ground to see Australia play Pakistan in an ODI and we also made reservations at Bilsons Restaurant, who were having guest chef Reine Sammut visiting from France.  Reine and her husband Guy run Auberge la Fenière which has been awarded a Michelin star for its Mediterranian cuisine.  We booked a night to try her eight course degustation.  Food and live sports.  It don’t get no better.

Here’s a short photo essay of our trip. 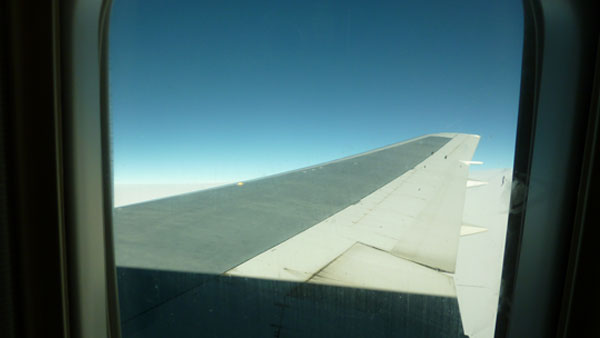 Off to Sydney - for once we flew QANTAS instead of Virgin Blue. They had some totally crusty onboard facilities; no personal screens and the instructional videos ran on a VHS tape. The flights run on time though which is more than I can say for Virgin

Here’s a breakdown of the degustation prepared by Reine Sammut at Bilson’s: 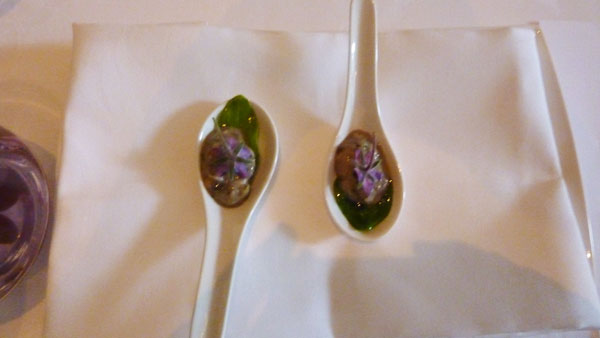 Amuse Bouche - kicked things off with an edible flower and mint combination. Didn't look terribly appetizing but it was tasty 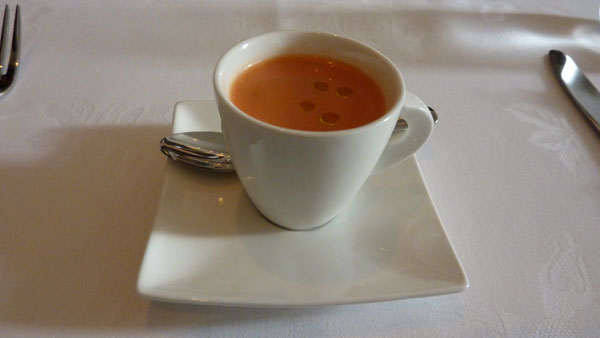 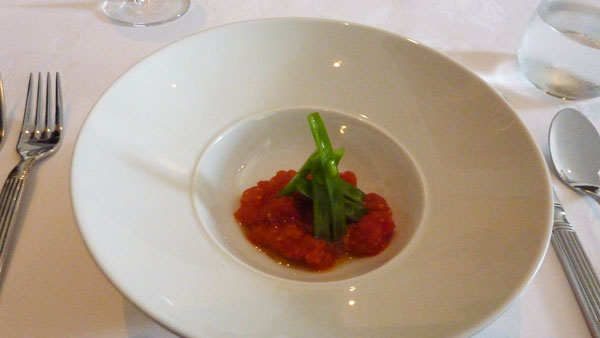 Mussels in spiced Escabeche - neither of us got much flavour out of the mussels themselves but the presentation was nice. 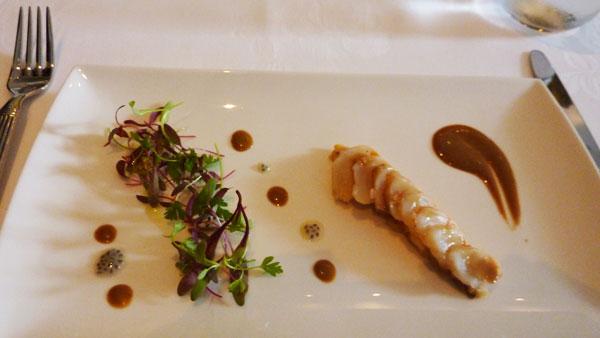 Prawn salad with confit ginger - awesome presentation and the prawn was deliciously fresh. Even Jen who normally steers clear of prawns loved this course 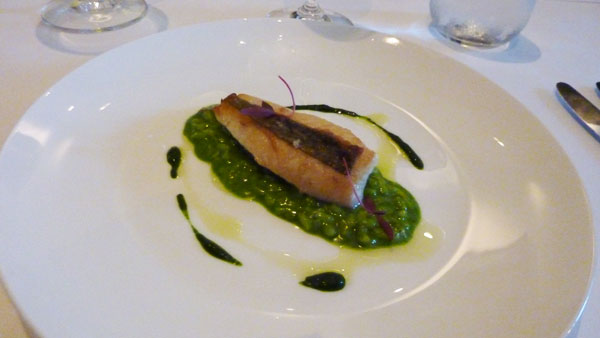 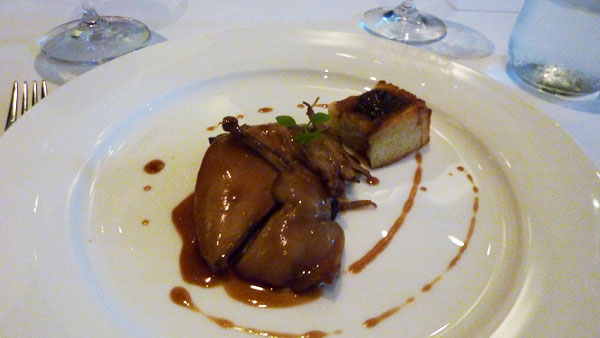 Patridge in Salmis with Mushrooms 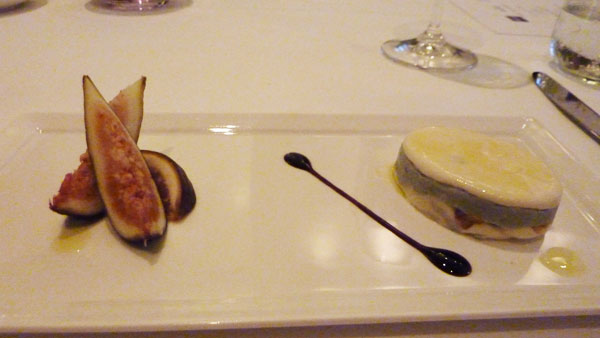 Calisson au Roquefort - my god this 'blue cheese sandwich' was the strongest thing I've ever tasted. Each bite was like a punch in the face. It also looks like a bar of soap you'd get at Lush 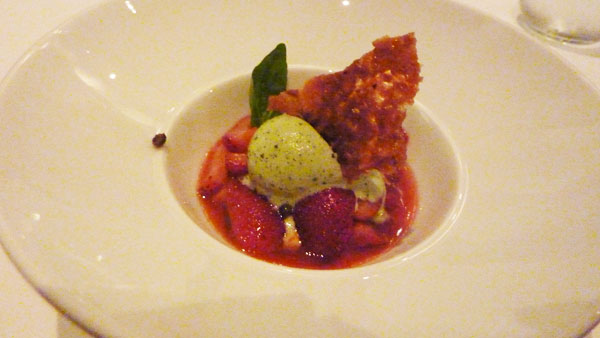 Strawberries and green peppercorn - is the oddball type of combination that you would only ever eat in a degustation. Worked surprisingly well 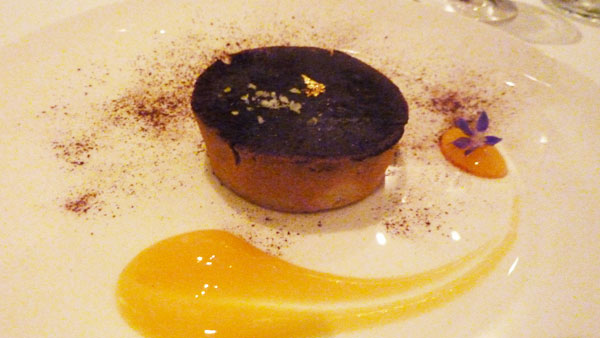 Reine was nice enough to come out and ask us how our meals were.  She seemed very friendly and told us that earlier in the day she spent the afternoon in Manly and she thought it was a crappy town so that endeared her to us even more.  It was a great night and the staff from Bilson’s were also excellent.  We had a snarky lisped waiter who gave us an entire roll of butter when Jen asked why the table next to ours had butter but we didn’t.  I always find I enjoy these evenings more if we are waited on by someone who has a bit of character. 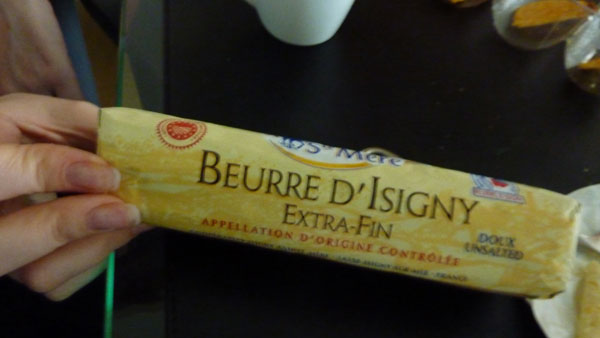 An entire stick of butter from Bilsons Restaurant

We also indulged in a bit of retail therapy too. 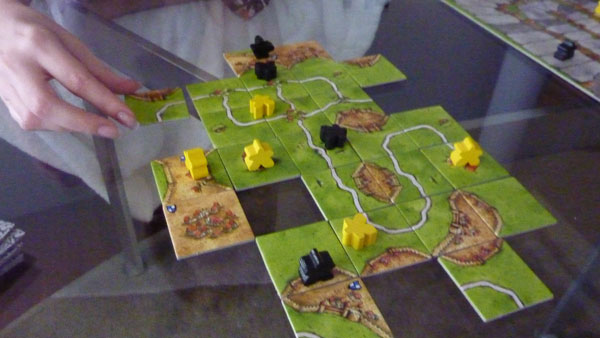 Board games - We've recently got back into playing board games in a big way. Lately we've been branching out some from the same two or three games we've been playing for years and trying something different. This is Carcassone, an excellent two player game. 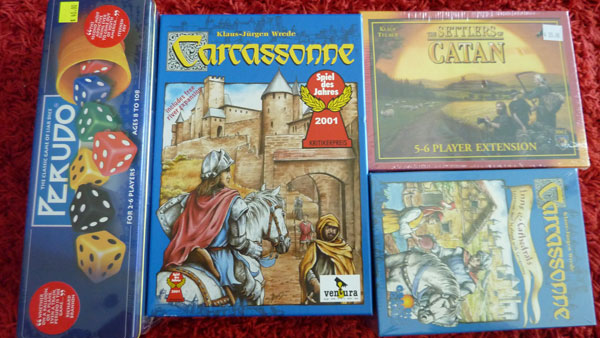 Lots of board games! - Perudo is pretty awesome for when you have a few people round for drinks. Its basically dice rolling and gambling on the outcome. We also picked up Carcasonne and some expansions for both it and Settlers of Catan 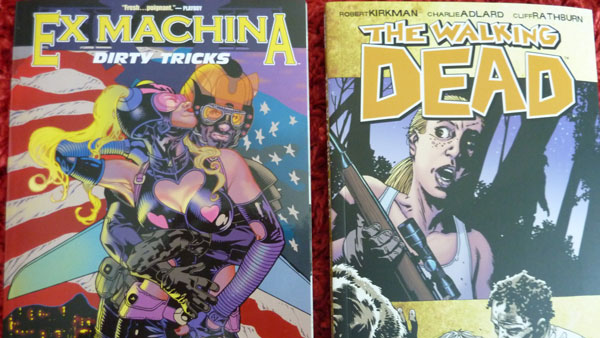 Ex Machine Vol 8 and The Walking Dead Vol 11 - I'm also digging these two comic book series in a big way. Happily, it looks like The Walking Dead tv series is picking up momentum and a pilot should be on its way soon. I want to write a bit more about both series when I find some time soon. 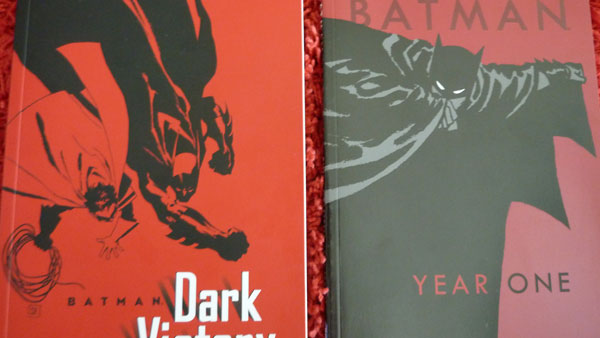 Batman Year One and Batman Dark Victory - Dark Victory is a follow up to the excellent Long Halloween and is another murder mystery. I don't really know much about Year One except that people really seem to rave about it 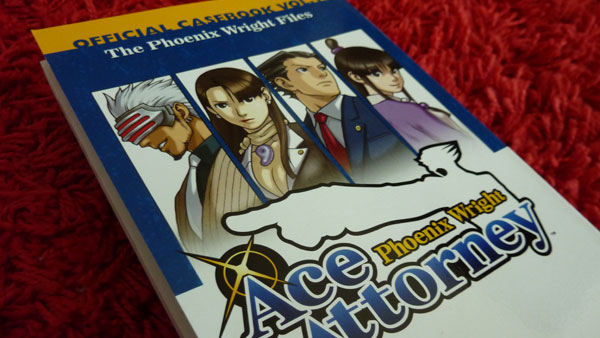 Phoenix Wright Ace Attorney - got it entirely because I'm a fan of the video game series. The actually comic has been pretty dreadful thus far. 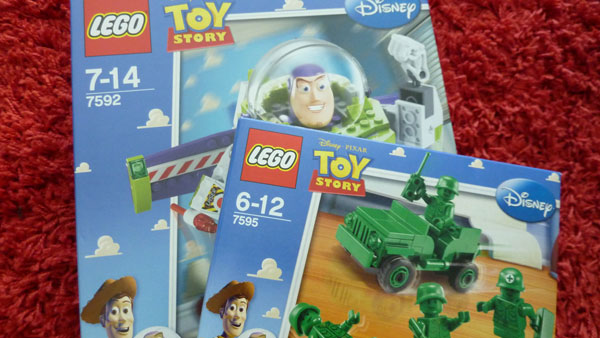 Lego Toy Story - not specifically a pick up from Sydney but Sarah bought both of these in Brisbane while we were away. Still awesome. 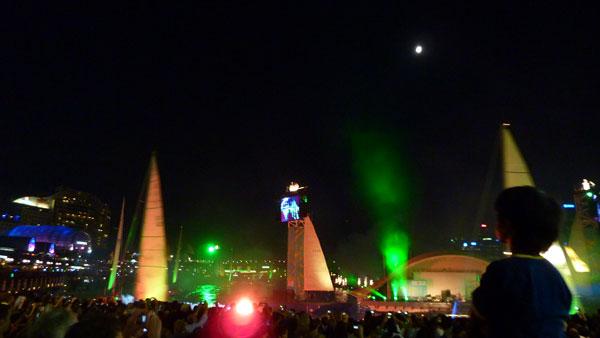 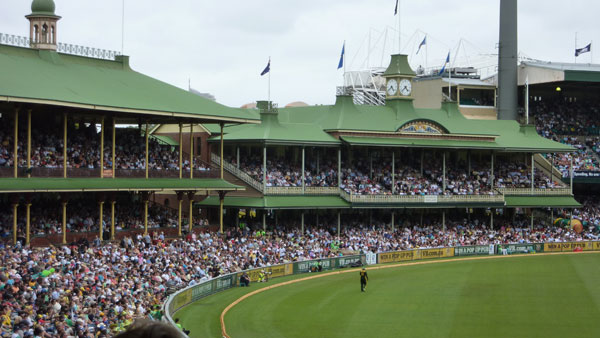 The Sydney Cricket Ground - over 120 years old and full of character. They still have the Members and Ladies stand from the original stadium. 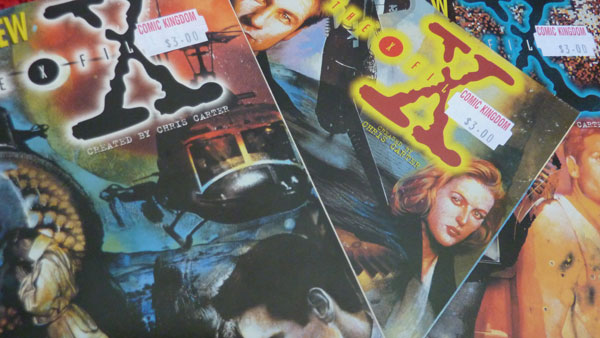 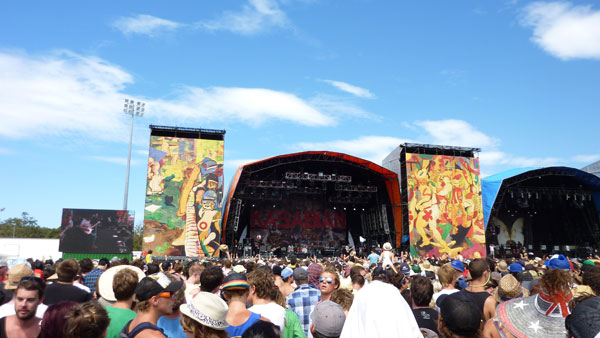 Big Day Out 2010 - I also didn't really get around to blogging about it but I went to Big Day Out this year. My first Big Day Out in seven years! It was an awesome day with Muse, Passion Pit and The Decemberists all being big highlights. 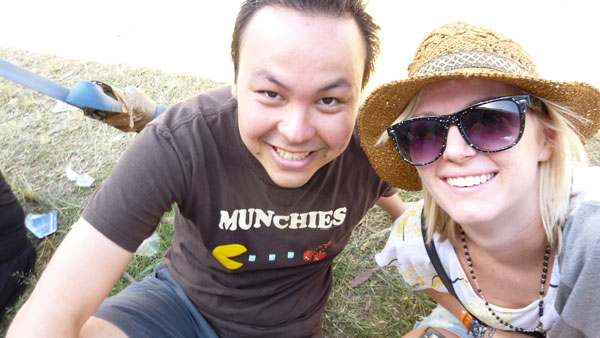