I flew back to Brisbane for the Queens Birthday long weekend.  Not only was it a chance to spend some time with Jen, we were both also invited to a trip to northern New South Wales with some friends for a camping trip.  Jen hadn’t gone camping for about six years and I flat out could not remember the last time I went camping, period.

I was glad to have some friends along to help me get by.  You can probably tell from the number of blog posts I’ve written related to Lost and video gaming, but I know next to nothing about the practicalities of making a fire, setting up a tent or going fishing.  The camping idea seemed appealling enough though so we commited to a 3 day trip. 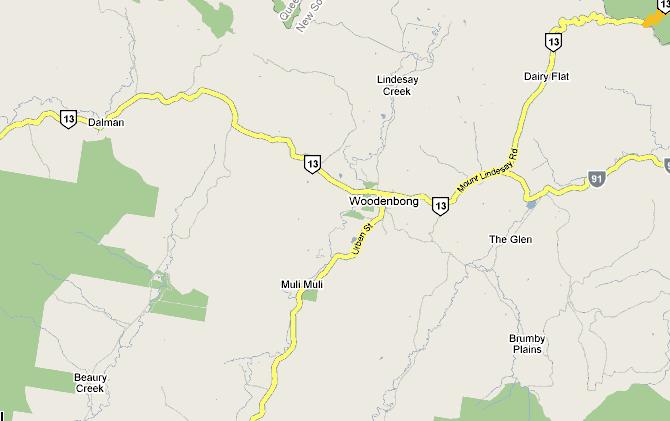 We drove down to a site near Woondenbong, NSW which itself is located near Bald Knob Forest.  The drive itself takes you through some trademark Queensland rural areas (mostly brown) and then into northern New South Wales itself (slightly greeny brown).  Woodenbong is a tiny-ass town with two main streets.  There is a butchers, a petrol station and a general store.  I often wonder about the practicalities of people who live in places like this.  Where do they get their DVDs?

I learned that I may have falsely attributed the stereotype of strong work ethic to rural workers in Australia.  In Woodenbong, they seem to keep pretty easy hours.  We were just in time to stop at a petrol station, as the owner was shutting the store for the weekend at noon.  Why so early?  What else would he do on the weekend besides going to the butchers and the general store? 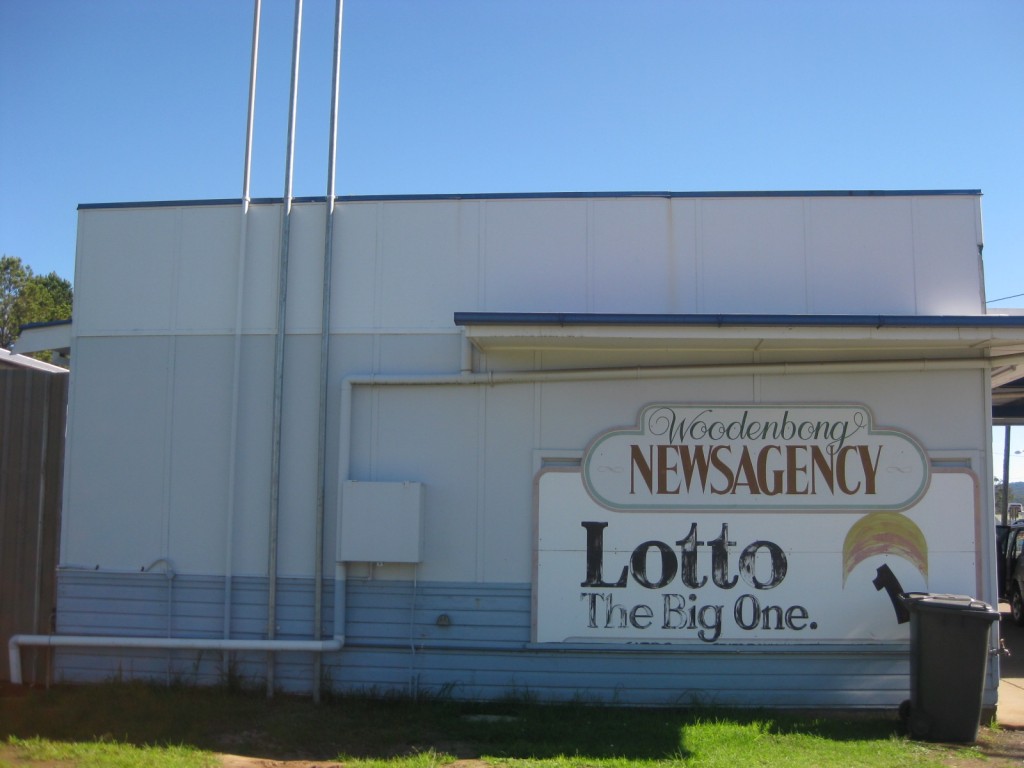 The weekend itself was pretty enjoyable.  Over the three days, I felt like we got the complete camping experience.  The site itself was a massive hilly pasture that had a fishing hole, a toilet that was a kilometre away and it was competely overrun by cows that shit absolutely everywhere.  It also rained a fair bit.  I was actually quite pleased with all these developments.  I wanted to validate my camping experience by facing a certain level of discomfort.  It wasn’t completely uncivilised however:  we did have a billy with us so I was able to drink plenty of tea. 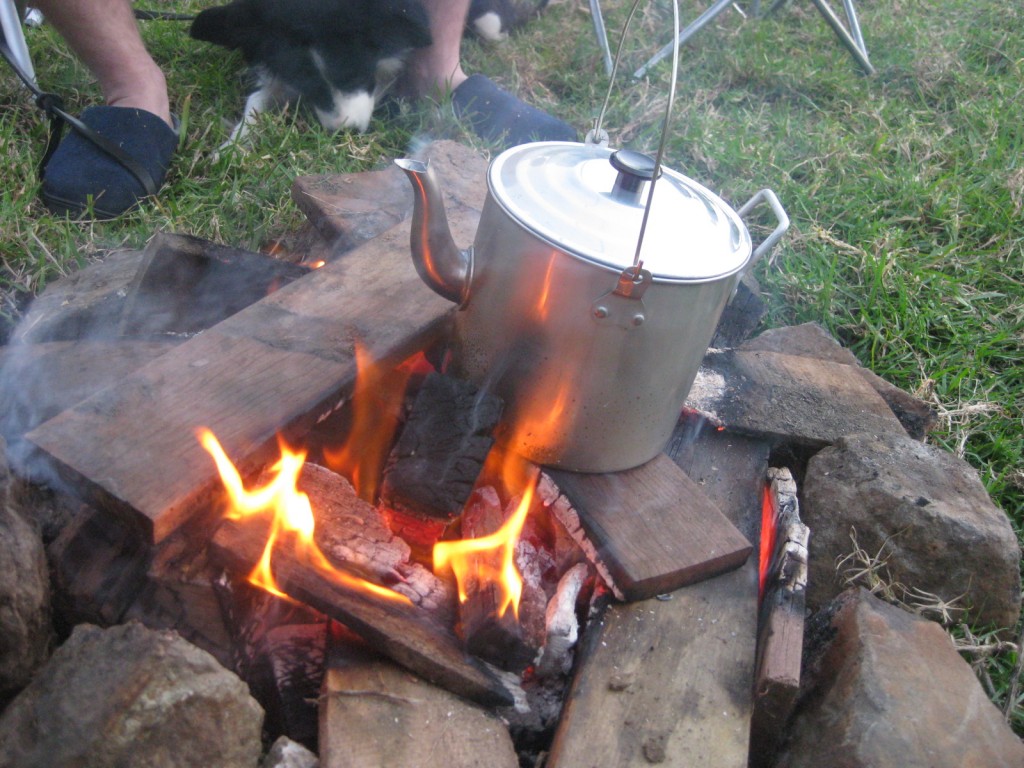 The billy: we sang as we watched and waited for it to boil.

We travelled as a group of eight,  of which all four other guys were seasoned campers.  I felt like it could’ve been a little weird that all these dudes were down with their fire-making, fishing and four wheel driving skills while I contributed absolutely nothing at all but they were very inclusive and happy to show me the ropes.  Similarly, they were all very polite and appreciative of how much better I was at Trivial Pursuit when we played a few rounds around the camp fire one night.  We all played to our strengths. 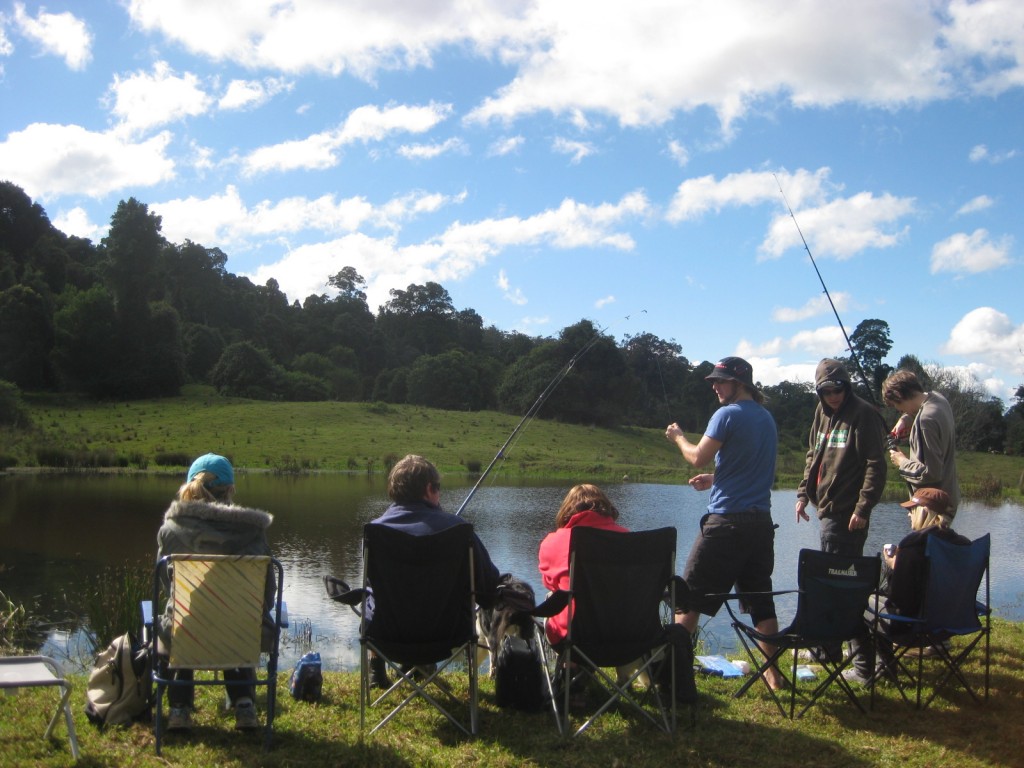 What I was happy to discover about camping is that the gist of whole experience is waiting.  Whether its waiting for a fish to bite, a billy to boil, or cooking a tin of Stag Chilli, most of the time you’re sitting around enjoying a long day away from the city and doing not a lot.  This appeals to me greatly. 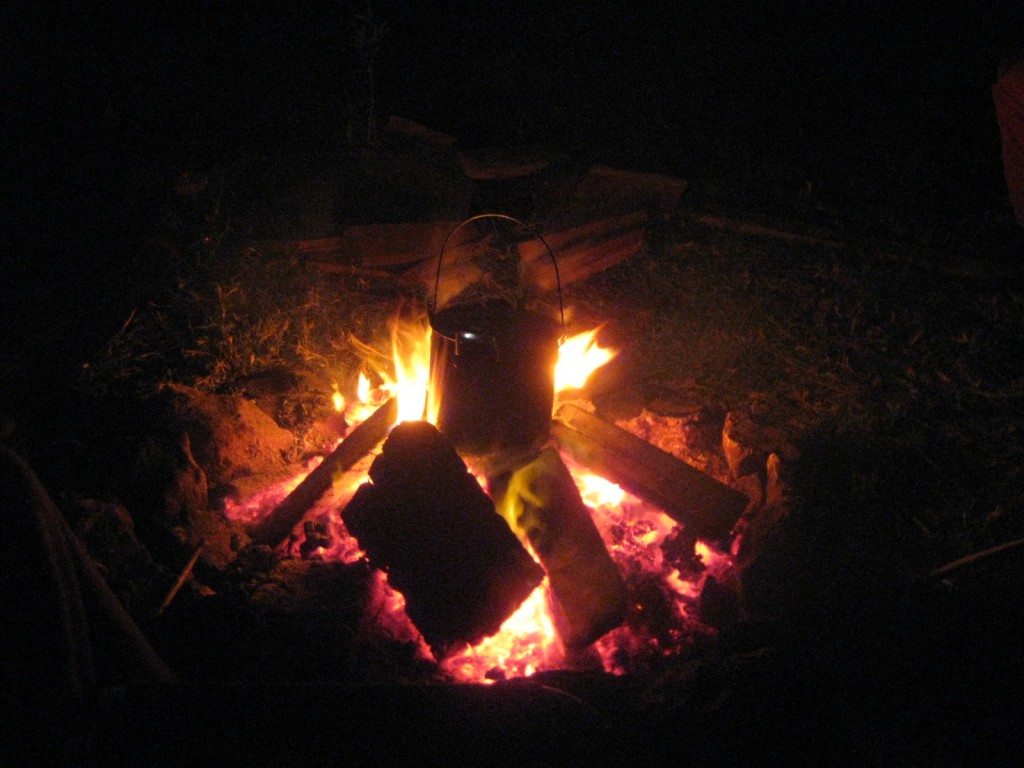 That pretty much sums up the long weekend of camping.  I’m back in Sydney now typing this in my apartment.  I think I’ll go to bed after this.  As much as I enjoyed the brief weekend stopover, it’ll be nice to get down to the business of finishing my work in Sydney and coming home to Jen and getting married in a few weeks time.  Not long to go now. 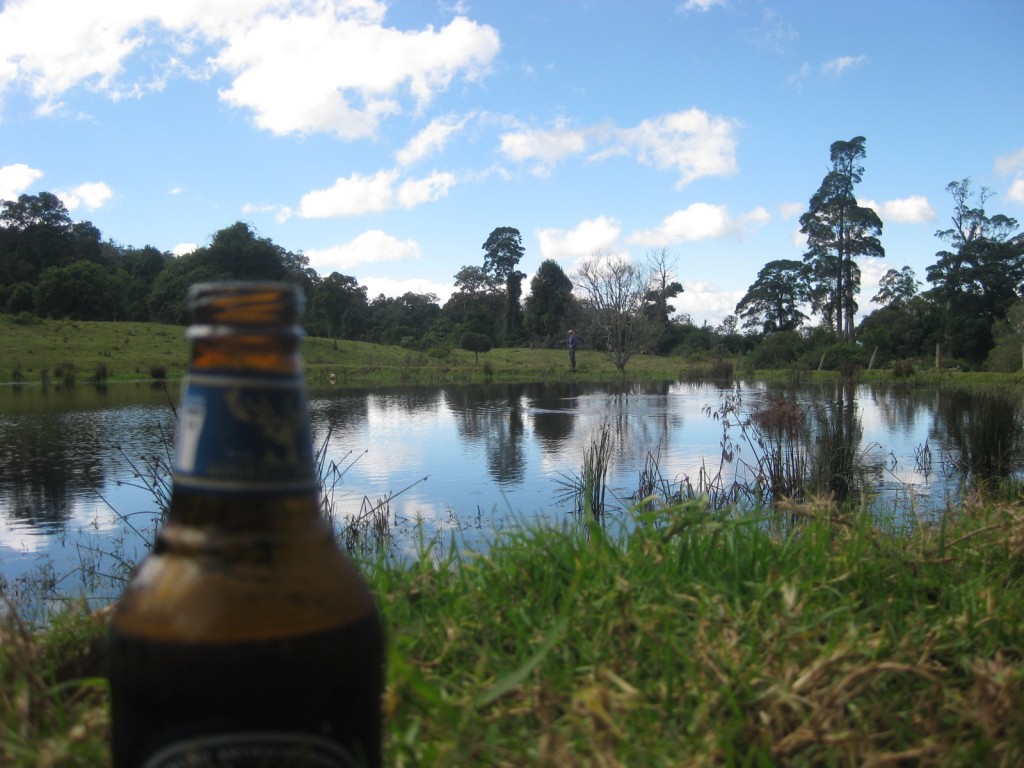 Wish You Were Here: A Weekend of Beer and Fishing

NB:  When you post a comment on the FAT website for the first time, we have an anti-spam protection that requires admin approval for the comment to appear.  After the first approval, you won’t require any further approvals.