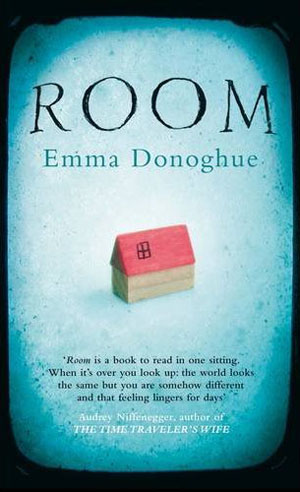 Room is a prize winning novel from Canadian author Emma Donoghue.  Its a story told from the perspective of a five year old boy Jack who has lived in a single room all his life with his mother.  They are the hostages of ‘Old Nick’, who abducted Jack’s mother when she was a teenager and impregnated her.

Donoghue was inspired to write the tale after the famous Josef Fritzl case in 2009.  As a mother who has a five year old son of her own, she took a particular interest in Felix Fritzl, who went from having grown up in a basement cellar to being brought into the real world where his life story drew global media attention.  How does a child cope with that radical transition from such extreme confinement?

Donoghue’s subject matter is very topical and considering that the real life Elisabeth Fritzl and her children have moved to a secret location to begin years of therapy, it is likely that this is the closest insight we will get into their actual experience.

If the subject matter sounds like it borders on being exploitative, I think Donoghue defuses that somewhat by focusing the story almost exclusively on Jack and his mother.  Although there is acknowledgement that Old Nick has abused Jack’s mother, the majority of Room explores the mother/son relationship in their captivity and how they adapt to the outside world once they escape.  Once the police arrest Old Nick, there is no further mention of his fate.  There isn’t a dramatic confrontation or a courtroom scene.  Donogue’s primary concern is with the captives and not the captor.

Ultimately, the drawcard to a fictional recreation of Felix Fritzl is getting into the mind of a boy who has been raised to believe that a single room is the only thing that existed in the universe and that everything he saw on television is a world of make believe.  It’s an intriguing concept and Donoghue makes a go of offering that perspective using Jack’s childlike narration.  Well…sort of.  She cheats a little.  Although the words that come out of Jack’s mouth definitely ring true as being those of a five year old, Donoghue frequently embelishes Jack’s inner thoughts with turns of phrase and the narrative prose of someone much older.  There are times where she no choice and it must be done so that the reader can clearly understand what is going on in Jack’s surroundings, particularly during passages at the psychiatric clinic.  However, it comes at the expense of damaging the reader’s suspension of disbelief that they are reading a genuine account from a five year old. By the end of the book, I wasn’t totally convinced that this technique was entirely successful.

I found that while the concept of seeing the world from the eyes of a five year exploring it for the first time is interesting, in terms of its execution, it is actually rather limiting.  Mostly, Jack just repeatedly questions ‘why?’ about everything he experiences.  Of course he is more socially introverted than the average boy but there is nothing particularly insightful for the reader here.  Of course he would be.

By the end of the book, I felt a tad underwhelmed given the near unanimous praise and multitude of awards this book received.  It is certainly a well researched novel and elements of the story – such as Jack’s attachment to breastfeeding at a late age and hoarding his mother’s dislodged tooth – feel like they could genuinely be the idiosyncracies of a maladjusted little boy, Room still feels like you’re only getting a vague approximation of the very real and morbidly interesting life of Josef Fritzl’s captives.

Room is written by Emma Donoghue and published by Little, Brown and Company.  The official website can be found here.

Previous: Unstoppable
Next: Game of Thrones Season One 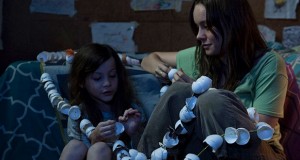