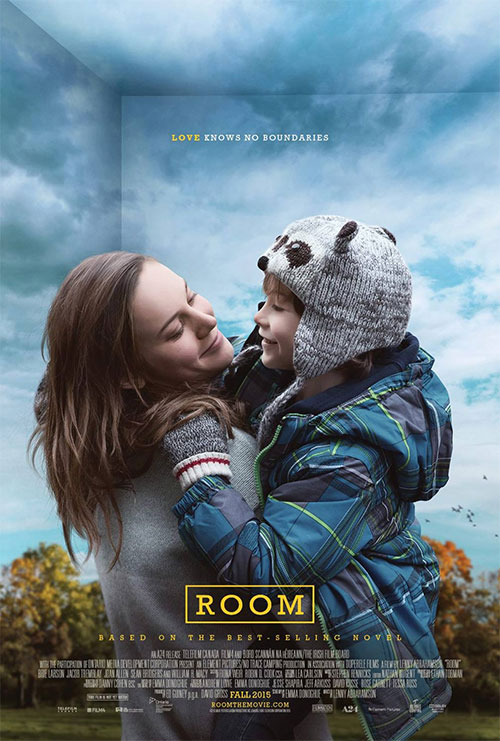 Irish-Canadian author Emma Donoghue was inspired to write Room when the events of the notorious Josef Fritzl case made headlines around the world in 2009.  She took particular interest in Felix Fritzl, the five year old boy who was born in Josef Fritzl’s basement in captivity and had never set foot in the outside world before his family were rescued by the authorities.

It’s an extraordinary situation.  How does a little boy go from living in such extreme confinement to absorbing the sights, sounds, smells and freedoms of the outside world?  Think about what an incredible adjustment that would be.  It’s an intriguing premise for a story.

As Felix Fritzl is the inspiration for Emma Donoghue’s story, it is through the eyes of a five year old boy named Jack Newsome that we see the events of Room.  Jack’s mother Joy was a teenager was she was kidnapped by a man known only as ‘Old Nick’.  She has been in captivity for seven years.

Joy and Jack are imprisoned in an outdoor shed that is locked by a sophisticated security system that only Old Nick can open.  Joy does her best to make life as pleasant and normal for Jack as possible and we see that she is a good mother in an otherwise unbearable situation.  Jack’s comprehension of the world is limited to the confines of his environment which he identifies as Room.  His only clues to the existence of the outside world is the skylight in the shed and a rickety old television set with lousy reception.

One of the ideas that the film explores is the resilience of young children.  Jack lives in a challenging and stressful environment where he understands that Old Nick is a figure to be feared and best hidden from but he is otherwise astonishingly well adjusted.  He is breastfed to a late age but otherwise Jack copes with his isolated upbringing exceptionally well by allowing his imagination to run wild.  He pretends to have a pet dog named Lucky.  He names and affectionately speaks with inanimate objects in the house.  Like a regular kid his age, he is infatuated with Dora the Explorer.

Ultimately it is his bond with his mother that is the heart and soul of the movie.  Even during their imprisonment, the two share many happy moments together where we marvel at Joy’s ingenuity to create some sort of facsimile of normal living (birthday cakes, exercise, toys etc) and warm to Jack’s quirks and mannerisms which are wonderfully brought to life by young actor Jacob Tremblay. 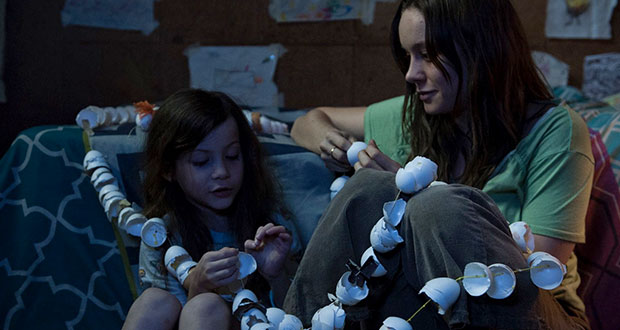 Configuring the story so that we see the world from the perspective of a five year old , Emma Donoghue (who wrote the screenplay) and director Lenny Abrahamson elevate the story from being a voyeuristic portrayal of suffering to a warm-hearted and optimistic film about parenthood.

It is no spoiler to say that Joy and Jack escape from Old Nick.  It was a conscious decision made by Abrahamson and the producers to include their life after captivity in the trailers to inform audiences that this is not a thriller centered on their captivity.

Adjusting to life in the outside world becomes a challenge for Joy and Jack for very different reasons.  For Jack, there is not enough time in the day to ask ‘why’.  There is suddenly so much to see, so much to absorb and scarily, other people to meet and interact with – both adults and children.

For Joy, she finds that the elation of escaping Old Nick is fleeting.  It quickly becomes replaced by a sense of emptiness and isolation.  She reconnects with her parents in the outside world but things have changed since she was a teenager.  Her parents are now divorced and her father is completely incapable of coming to terms with Jack and the nature of how he was conceived.  Her mother has a new partner named Leo and although she does her best to be supportive, mother and daughter clash and have many arguments.

During the first few weeks of freedom, Joy expresses frustration with Jack’s introverted behaviour and grows frustrated with his attachment to a smart phone that plays cartoons and she worries he isn’t having any meaningful interactions with other people (a cheeky riff on anyone too beholden to their iPhone!).  But as Jack begins to adapt to life outside of Room quicker than Joy, she begins to question her identity and her sense of purpose which was so strongly defined before.

Room is a beautifully told story and the secret to its success is its lightness and humanity.  I re-read my review of the book from six years ago and back then I admired the concept but thought it failed in execution.  Either this is one of those rare cases of the film being better than the book or I’ve simply changed my mind on the matter.

I think the story is better for not having Joy as the centre of the story.  We don’t need to see the moment of her capture or relive her ordeal at the hands of Old Nick.  That would be a completely different sort of film.  Despite the awful circumstances that face Joy and Jack when we are introduced to them, Room is still an overwhelmingly positive and buoyant film.  I like the questions that is asks of the viewer.  What makes us who we are?  What is important to have a happy and fulfilling life?  What does it mean to be content?  How do you adjust as a parent when your children are no longer dependent on you?  For a story that was inspired by a morbid real life tragedy, the end result is something uniquely uplifting.

Summary : A sweet and faithful adaptation of Emma Donoghue's award winning novel. Larson and Tremblay are the heart of the film and they both hit it out of the park with their performances

Previous: The Prognosticator 2016 Checklist
Next: The Martian