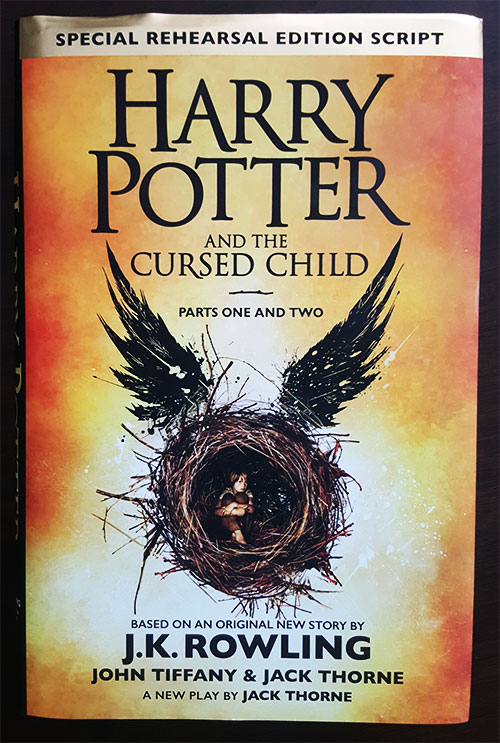 Ever since JK Rowling completed Harry Potter and the Deathly Hallows nine years ago, it’s been clear that she hasn’t been ready to say farewell to the wizarding world that she created.  Nor that she would even be constrained by the pages of a novel when tinkering, tweaking and adding to Harry Potter lore.

In one of the earliest instances of adding extra detail to the story that I can recall, when Rowling was doing a book tour for Deathly Hallows in New York, she revealed in a Q&A that Professor Dumbledore was gay when asked by a young fan whether he ever found ‘true love’.

Rowling went on to create the ‘Pottermore’ website, a semi-interactive online compendium that added further detail to the Harry Potter universe.  There were some spin-off books and films that followed (Fantastic Beasts and Where To Find Them is in cinemas later this year).

Finally, nine years after Harry Potter and the Deathly Hallows was first published, Rowling has created a full-blooded sequel named Harry Potter and the Cursed Child.  It’s an official eighth instalment to the series.  Only she didn’t write it.  And it was a stage production rather than a book.  And then the script was published before most people would get to see the show so most fans would experience it as a book anyway.

Despite the unorthodox nature in which Rowling has kept adding to the Harry Potter story, I can’t say I’m necessarily against any of it.  On the scale of Harry Potter fandom, I think I fall somewhere in the middle of the bell curve.  I’ve read all the books, watched the films and visited the theme park.  But I haven’t bothered to read The Tales of Beedle the Bard.  I still don’t really understand what Pottermore is.  I read the news article that Rowling created a handful of new international wizarding schools but I can’t remember the name of a single one.  But one thing I do know is that I like the characters and the universe of Harry Potter and I don’t particularly feel that there is anything sacred about the original seven books that should proclude the creator from adding to it.  And not only to add to the books, but to run wild and experiment with different mediums.  Tell the story through stage plays, websites, video games, audio books.  Why not?  As long as the quality holds up, I don’t really have any beef with the Harry Potter series shifting from a finite series of books and expanding into a living, breathing, ever expanding franchise like Star Trek or Star Wars.

Harry Potter and the Cursed Child is an interesting direction for the series to take as it occurs nearly two decades after the Battle of Hogwarts with Harry, Ron and Hermione all approaching their forties.  It took some getting used to to see these familiar characters now aged and living so differently.  Ron and Hermione are working through marital fatigue and balancing their time together with Hermione’s thriving professional career.  Draco Malfoy muses about his parenting skills.  Harry is frequently tormented by nightmares and visions in his sleep so a lot of his story takes place in bed with his wife Ginny as they try to deconstruct the meanings of these visions.  It’s a level of domesticity that I didn’t ever expect to see in Harry Potter.

Not unlike the recent Star Wars VII: The Force Awakens, Harry Potter and the Cursed Child appears to be the start of a handing over of the torch.  Harry, Ron and Hermione have always been the central characters in the series but The Cursed Child has them sharing the spotlight with the next generation of wizards – Albus Potter (Harry and Ginny’s son), Scorpius Malfoy (Draco’s son) and Rose Granger-Weasley (Hermione and Ron’s daughter) all play a significant part in this tale and appear to be the long term direction of the series.  As you can imagine, part of the fun with introducing these new characters is exploring their similarities and differences with their parents. 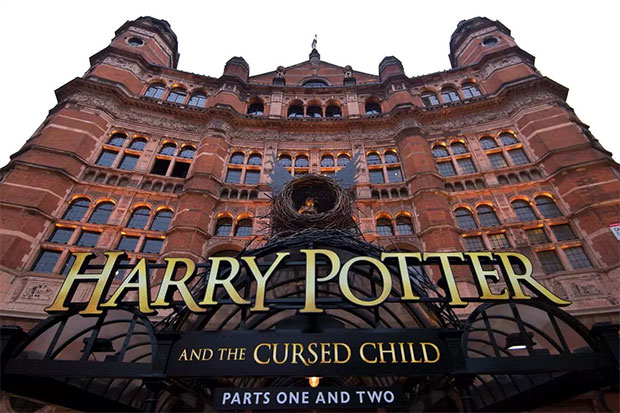 When reading Harry Potter and the Cursed Child, I was surprised at how lively and fast-paced the narrative was.  The script moves to the same beat as any of the previous Harry Potter novels or films, with plenty of different locations and characters being introduced one after another.  The size and scale of the events unfold are apparently unhampered by any consideration that this is first and foremost a stage production.  There are action sequences involving the kids leaping off a moving Hogwarts Express.  There’s a scene involving a quiddich match.  Hermione makes announcements on behalf of the Ministry of Magic to large crowds of onlookers.  And last but not least, Harry Potter and the Cursed Child describes some dramatic wizarding duels that involve spells that blow things up and send bodies flying.  Quite how any director brings all of this to life in a coherent stage production where people can follow what is going on is a feat thats beyond my reckoning.

If I was to compare The Cursed Child to any of the previous chapters of the Harry Potter series, I would say it has most in common with the first two – The Philospher’s Stone and The Chamber of Secrets.  The practicalities of existing as a three hour stage production means that The Cursed Child is one of the shortest stories in the series.  It is tasked with introducing a lot of new characters for the audience to familiarise themselves with quickly and then it throws them into a fun, time-travelling story with high stakes and plenty of spectacle.  This action-oriented focus on new characters comes at the expense of a lot of the interplay and teen melodrama that made Books 5, 6 & 7 so good but I can’t really see why we wouldn’t see the same type of character development for Albus, Scorpius and Rose in novels written by Rowling over the coming years should she decide to continue exploring these characters further.

Nine years ago, I don’t think anyone would have predicted Harry Potter and the Cursed Child would have been delivered in the medium that it has arrived in.  But thankfully, there is still plenty to like about this new instalment in the series.  The script was an entertaining read, I’m excited to one day see the stage production and best of all, I’m excited to see what else Rowling has in store for these new characters.  There is boundless potential with them and I’m looking forward to seeing Rowling letting her imagination run wild.

Previous: Next Restaurant and The Aviary
Next: In A Lonely Place [1950]