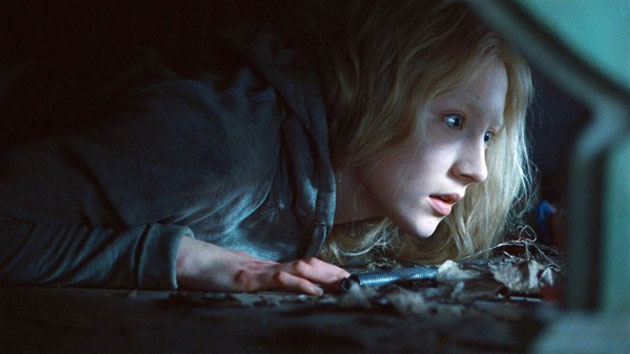 Hanna is an interesting new direction for director Joe Wright who is best known for making the period dramas Pride & Prejudice and Atonement.  Unlike those films, Hanna is a contemporary action film that moves at the same accelerated pace as that of its young heroine.

Hanna lives in a remote snowy woodland location with her father Erik who rigorously trains her in combat, languages and committing to memory a falsified account of her upbringing.  Once she comes of age, he explains to her that she can trigger an alert mechanism which will highlight her location to Marissa, a CIA operative who wants to capture them both. Not one to waste anyone’s time (including the audience), Hanna triggers the switch.  Cue 90 minutes of stylized action as Hanna makes a dash for her freedom, has a rather surprising interlude in Morocco where she makes her first friend and goes on a date with a boy, and then a final twenty minute burst of action for the inevitable showdown with the CIA.

I don’t quite know what to make of Hanna.  I enjoyed the playful camerawork, the unexpected coming-of-age story and the Chemical Brothers soundtrack.  By the end of the film I wasn’t really sure if there was a point to the whole affair but I didn’t really mind.  I still had a good time.

Previous: TV Show Round Up: Luther – Season One
Next: Spoon Deli