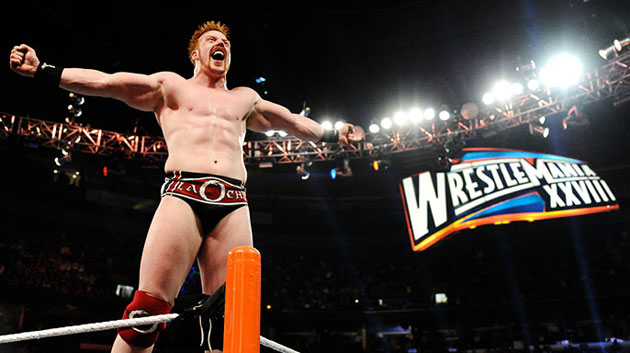 If there was ever a show that highlighted where the WWE have lost their way in last few years, it was the Royal Rumble of 2012.

The undercard for the show was a series of passable but too-short matches where nothing really stood out.  CM Punk and Daniel Bryan both retained their respective titles as expected.  Neither had enough time to make their match anything of substance.  There was certainly nothing on the undercard on par with classic Rumble matches of the past like Benoit vs Angle ’03.  Most of the matches seemed design to be the latest stepping stone in furthering a storyline rather than focusing on putting together a good match.

The Rumble itself I found to be extremely underwhelming.  Watching a couple of past Royal Rumbles before this pay per view did me no favours at all.  Think back to the star-studded line up of 1992 Rumble match which had a host of incredible legends including Ric Flair, Hulk Hogan, Kerry Von Erich, Sid Justice, Randy Savage and Roddy Pipper.  Or the Rumble in 2007 which had Shawn Michaels, The Undertaker, Edge, Rob Van Dam and Chris Benoit.

The Royal Rumble of 2012 will probably end up having the legacy of possibly the weakest line up of wrestlers since the Rumble in ’96 when 90% of the wrestlers had day jobs like being plumbers, NASCAR drivers and pig farmers.  The match contained no less than 3 commentators, 2 comedy wrestlers, about twelve jobbers, a few midcarders who got a silent reaction from the crowd, about three returning legends and only three plausible winners (Jericho, Sheamus and Orton).

It was telling that the crowd reacted more strongly to midcarders from ten years ago like The Road Dogg in the ring than they did to guys like Cody Rhodes and Wade Barrett.  Don’t get me wrong, I like those guys but it highlights how the company can’t seem to create characters that resonate with the audience the way a nearly sixty year old Hacksaw Jim Duggan did when he entered the ring and had the crowd cheering his every move.

Another thing – after several weeks of mystery vignettes followed by a month of Chris Jericho acting bizarrely, on the last RAW before the Rumble he promised that it would be the “…end of the world as we know it.”

He was eliminated cleanly by Sheamus and didn’t end up doing anything.  What a let down.

A disappointing night on a PPV that almost always delivers.  The show served only to highlight why the company is scrambling to put the spotlight on guys like Sheamus, CM Punk and Daniel Bryan.  It’s because they have almost no one left!  Batista, Flair, Shawn Michaels all retired.  Undertaker and Triple H aren’t far behind.  John Cena and Randy Orton are stale as hell.  And all thats left is a bunch of nobodies that the audience doesn’t care about.  The first twenty or so participants in the Rumble are all such a non-event, its hard to guess how many will still be employed by the company twelve months from now.