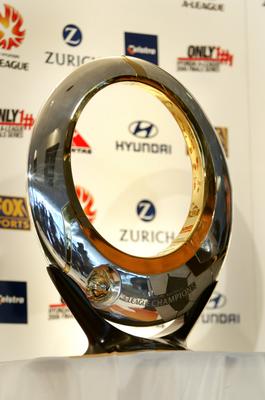 And so it has come to this.  The Roar beat Newcastle in a topsy turvey 2-1 encounter in which the men in Orange missed one penalty, hit the post three times and threw away a lead before finally squeaking home with a win to ensure that the Premiere’s Plate for the A-League season of 2011 would be decided in the last game of the season.

It’s been a crazy season for the Roar.  Sure we didn’t maintain the near perfect record we did last year but the ride has probably been that much more entertaining for the ridiculous highs and lows.  The season can be broken down into three chapters.

With the final game of the season to be played next Sunday, the Roar have reduced the Mariners lead from 14 points to 2.  They will still need Wellington Phoenix to do them a favour and either beat the Mariners or hold them to a draw.  If the Phoenix can do that then the Roar can win the title by beating Gold Coast United in what is likely to be the club’s last game before they are kicked out of the A-League. 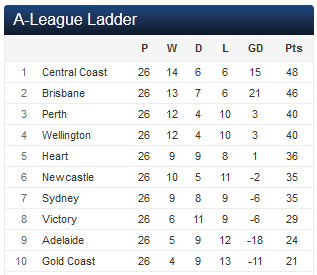 It’s been a wonderful season full of memorable moments.  With one game to go, here’s my top three moments so far for the 2011/12 season in no particular order.  Brisbane Roar’s 7-1 demolition job of Adelaide United, their 4-0 defeat of Perth Glory to break the Australian sporting record for undefeated matches and the last gasp win against Sydney FC.  Hopefully this coming Sunday we can add another highlight.  Good luck boys!