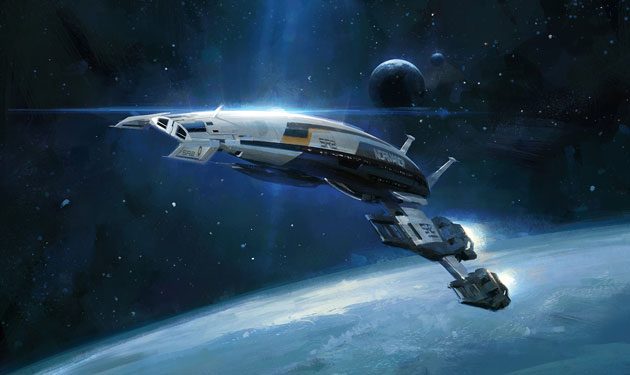 Mass Effect 3 is the concluding installment to one of the most exciting and ambitious franchises to come out of this generation of consoles.  Individually, the games are space-opera action games of varying quality (the original has already begun to show its age) but collectively, few games offer such an exciting proposition:  Mass Effect offers players the opportunity to create a hero that you control through a three part epic in which your choices matter.  You can determine who lives or dies.  You choose whether your character is a do-gooder or an anti-hero.  You make the call on whether Commander Shepard is a hardened soldier or a savvy engineer.  It’s an extraordinarily ambitious project that Bioware should be commended for even attempting.

At the start of the third game there is a quick character creation mode in which new players can create a Shepard from scratch and veterans can import their Shepard character from the previous games.  I carried over my Jane Shepard, a paragon (virtuous character), who I played through the first two installments.  Seeing the lengthy list of choices associated with my character at the start of the game made me smile and feel heartened by the experience that lay before me.  It was nice to see that list of decisions I made in the past games.  Bioware remembered.  Clearly a lot of these choices would culminate in how this final chapter would play out.

The game’s introduction however, should be more or less the same for everyone.  The Reapers, a race of sentient synthetic killing machines have returned to the galaxy as foretold by Commander Shepard, to wipe out all living creatures as is their mysterious directive.  With Earth under siege from a Reaper invasion, Shepard must venture out to the universe once more to try and rally and unite the various alien races and prepare for one final battle.

One of the things that Bioware accomplishes right from the outset with Mass Effect 3 is a fantastic sense of foreboding of what is to come and an explorationof themes that are refreshingly sophisticated for the video gaming narrative standard.  The entire franchise has always been interested in exploring the ideas of fate versus self determination, from Shepard’s delicate acts of diplomacy between alien races who have clashed since time immemorial to the choices made by the players themselves versus what is pre-determined by the developers.  Bioware continues these themes in Mass Effect 3 by injecting a desperate sense of futility to Shepard’s mission.  Supporting characters will often despair at the prospect of battle with the Reapers.  Many will die and not even make it to the final battle.  Depending on the player choices, even Shepard seems to quietly accept that this is a one way mission where survival is unlikely and sacrifices ‘for the greater good’ will have to be made.  It’s a rare sombre tone that few other games share.

The core construct of the game is similar to Mass Effect 2‘s recruitment for the final ‘Suicide Mission’, except now on a macro scale.  Rather that hiring individuals for support in the final mission, you acquire ‘war assets’ to prepare for the final showdown with the Reapers.  These assets can often be entire fleets of spaceships or the support of an entire collection of military experts in one field or another.  As the player progresses through the game and chooses which quests to fulfill, the war asset meter gradually increases, showing Shepard’s readiness for war with the Reapers.

The mechanics of the game itself shows Bioware at their most polished.  Looking back to the original Mass Effect, its impressive to see how far the franchise has come in five years.  The first game had a pretty sloppy combat system, a completely useless currency system and some rather dodgy vehicle segments thrown in for variety’s sake.  By the time we reach the third game, there is a much smoother and polished combat system, a complete weapons upgrade marketplace that makes much better use of in-game currency and the extraneous vehicle sections have been cut completely.

Something I observed when playing through Mass Effect 2‘s DLC is that some of the most creative missions were saved for the downloadable content.  Mass Effect 2 DLC included a Ocean’s Eleven style heist level, a spy story and an affectionate homage to the vehicular scenes from Fifth Element.

Happily, this type of creativity has made it into Mass Effect 3 as well.  There are plenty of ‘go here, shoot this’ type of missions but there are also other chapters that show some inventive flair on Bioware’s behalf.  The game rarely feels stale or rehashed.

Bioware also show a good knack for understanding when to break up the pacing of the game’s core mission structure.  There are some excellent character building scenes – the culmination of a romance, the relaxation scene with Garrus atop the Citadel and the hangover scene with Ashley are all welcome respite from fighting the Reapers.  They give us an insight into another side of the characters that we wouldn’t see in combat and inject the game with humour, romance and comradery.  It makes us care for the fate of characters in the final battle.  If nothing else, I hope other developers aspiring to make narrative-intensive games take note of what Bioware did here.

I loved this game.  I found I could play it continously until real life would interrupt.  I would play for hours until I needed to either eat, sleep or go to work.  It was boundlessly appealing and satisfying to play.  I felt a real attachment to my character Jane Shepard.  She looked a bit like Gillian Anderson, was a paragon of virtue and mostly surrounded herself with a team of equally strong women aboard the spaceship Normandy who she respected and loved (some, in more ways than one).  By letting me play the game the way I wanted, I had created a story in the Mass Effect trilogy where I played a lead character unlike that in any video game I’ve ever played before.  And I’m so pleased that this series can offer that kind of experience for everyone.  Shepard can be John or Jane.  Shepard can be whatever race you want them to be.  Shepard can be bald, have a twirly moustache or acne scars.  The simple ability to make Shepard look and behave entirely the way you choose is such a strong part of the game’s appeal.

It’s also why it stings rather bitterly when Bioware spectacularly fumble the game’s ending.

It comes as a complete surprise after the developer absolutely nails nearly every other aspect of this game preceding the final chapter of the game on Earth.  I expect few people will be satisfied with Mass Effect 3‘s ending.  It can’t be understated just how wrong Bioware get it.

Firstly, the battle on Earth itself completely ignores the choices you make as a player in accruing your ‘war assets’ and crucially, it also ignores the choices you make in the previous games.  I can tell you now that the sum total of all your player making decisions in five years of playing the Mass Effect trilogy is about five seconds of cutscenes.

When the battle begins on Earth, your choices up to that point melt away into a nothingness.  The battle plays out identically for everyone.  Once aboard the Citadel for the game’s closing chapter, a completely new villain previously unseen in the entire franchise is introduced.  An evil omnipotent god-child who comes up with a completely non-sensical explanation as to why the Reapers exist.  They exist to wipe out organic beings who create synthetic beings…who wipe out organic beings.  This bizarre circular logic is completely at odds with the tone in the rest of the game and also completely throws the player choices and Shepard’s self-determinism under the bus.  After spending an entire space trilogy making choices and defying the odds, Shepard inexplicably folds to the three wretched choices presented by the God-Child:

This is effectively the choices presented to the player.  That character building section at the start of the game where it reminds you of the thirty or so major decisions you made in the previous two games don’t factor into the final events at all.  It turns out they are a red herring.  The person you chose to form a romantic relationship with doesn’t factor into the ending.  The people who lived or died by your choice don’t matter.  You don’t even find out what happens to half the characters and if anything, most of the endings imply that the transportation system across the galaxy (the mass relays) are destroyed, thus dooming the entire universe’s population to co-habit our solar system where Earth is the only inhabitable planet.

There has already been plenty of news stories covering the Mass Effect community’s collective disappointment at this utterly risible, lazy and confounding ending.  Unbelievably, the game ends on a screen telling players to anticipate future paid add-on content for ‘further stories.’  Not only have they botched the ending, Bioware and EA have the balls to jump straight into promoting the next installment of non-ending content to squeeze every extra last ounce of money out of you.  What a disaster.

Mass Effect 3 is a strange dichotomy of everything good and bad about video games this generation.  Its ambition and execution in delivering a highly personalized experience through a impressively detailed and engaging universe cannot be taken away from Bioware.  It is an almost unparalled accomplishment in this sense.  But there’s no getting away from the fact that the ending stinks.  It’s video gaming’s equivalent of the Star Wars prequels where the creators have shit the bed and the fanbase has rebelled, pushing for authorship over the material so they can end it properly and on their terms.  In a year thats already given us one non-ending with Final Fantasy XIII-2, how Bioware and the rest of the industry react to Mass Effect 3‘s flaccid non-ending and the fan’s wholesale rejection of this garbage will be an interesting case study in years to come.

A bitterly dismal closure to an otherwise glorious gaming experience.

Summary : There's three quarters of a great game here and then it all goes to pieces with an inexplicably poor ending made worse by the fact that most players have invested 3 games worth of time and energy into this endeavour. A shame.

Previous: A-League 2011/12 – Round 26 – The Penultimate Warrior
Next: The Queensland State Election 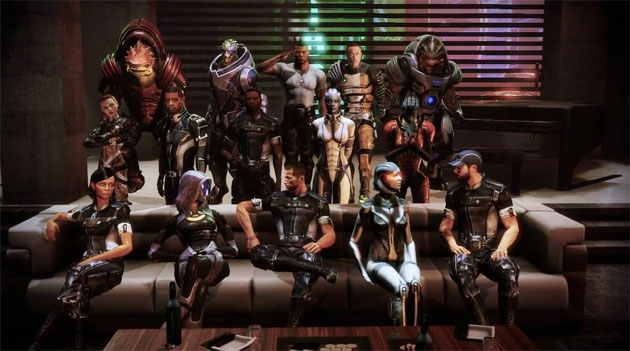