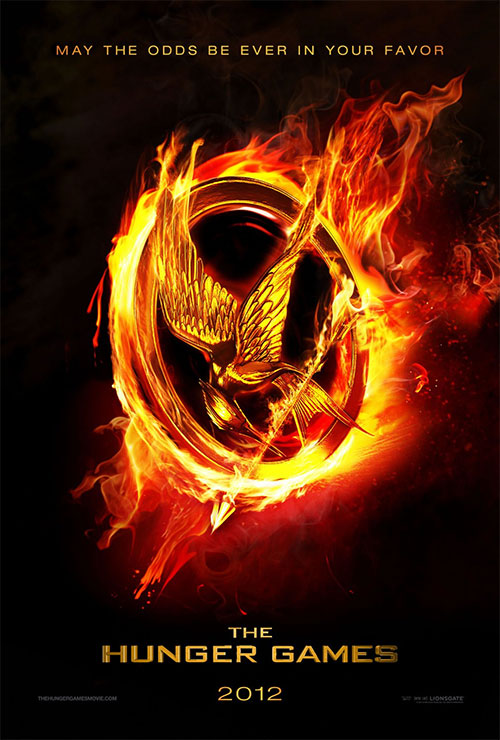 It’s kind of a strange thing to consider but the death-match game show concept is actually pretty worn territory in the movie industry.  They all differ in size, scale and level of violence but I think at one stage or another, most movie goers would have seen the concept for The Hunger Games before, be it in The Running Man, Series 7, Battle Royale, Ender’s Game or whatever else.

Two things attracted me to The Hunger Games.  Firstly, it stars Jennifer Lawrence who I enjoyed immensely in the 2011 indie film Winter’s Bone in which she appeared in virtually every scene of the film.  Secondly, its uncommon for a film of this nature to be marketed at teenagers.  Working within the confines of a PG rating means that the creators of the film couldn’t rely on the spectacle of violence as a crutch.  If you’re doing a film about a bunch of people on an island forced to kill each other but have nothing meaningful to say then you’re basically remaking The Condemned.  I went into the cinema hoping for The Hunger Games to offer a bit more substance.

The Hunger Games is based on a trilogy of novels by Suzanne Collins.  I haven’t read the books but I’m told the film sticks pretty closely to the source.

Jennifer Lawrence plays Katness Everdeen, a strong capable teenager who lives in a dystopian futuristic America which is now known as Panem.  In Panem, there is the Capitol, a colourful futuristic city which is populated by the ruling elite and then there are twelve districts, each divided by the type of resource that they provide for the Capitol.  Katniss comes from District 12 which appears to be futuristic wasteland version of Missouri.  This is only fitting, as Jennifer Lawrence’s character Rhee Dolly in Winter’s Bone lives in very similar circumstances.  Both are without a father figure and live with an incapacitated mother and needy younger siblings.  Whilst shooting Winter’s Bone, Jennifer Lawrence actually learned how to hunt and skin squirrels.  Perhaps in a nod to her earlier role, theres a scene in The Hunger Games that calls on her to do this once more.  Katness is a keen hunter and an impressive marksman with a bow.

I liked the pacing in this movie a lot.  Hollywood blockbuster’s nowadays are way too rushed and all about getting to the payoff.  Director Gary Ross is more than happy to take his time and let us get to know Katness a little first.  We see her for who she is and admire her qualities.  She is bright, independent, loyal to her family and has a close but seemingly platonic relationship with Gale, a neighbour who lives in the District. 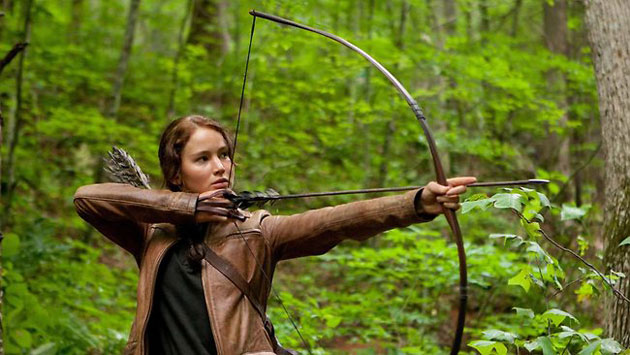 Every year, each District must pay homage to the Capitol by offering a young boy and girl to the annual Hunger Games where they compete in a televised battle to the death.  It’s probably not much of a spoiler to say that Katness ends up being chosen, along with a boy named Peeta.  At the moment when Katness is chosen, the pacing of film continues to exercise restraint and resists the temptation to jump straight into the contest itself.  Importance is placed on the preparation so we learn the rules and understand the lay of the land from the perspective of the Districts, the Capitol city citizens, the organizers and of course the contestants themselves.

Katness and Peeta are given a support team of trainers and stylists in the film’s nod to the freakshow entourage that typically accompany contestants on reality tv shows.  In The Hunger Games, they are an alcoholic former winner of the game Haymitch, a fashion stylist named Cinna and a lady caked in makeup named Effie.  I didn’t really catch what Effie does but she’s entertainingly stilted and played affectionately by Elizabeth Banks.  This kooky ensemble cast reminded me of the sort of the band of misfits you would get in a Joss Whedon production.

Once The Hunger Games competition begins in earnest, the film suddenly takes a much darker turn.  The opening moments of the games are surprisingly brutal.  You never see anything too explicit thanks to the film’s (sometimes irritating) shaky cam.  The implied violence is chilling in its own right however.

The competition shows the children adopting different strategies, from hiding to hoarding weapons to forming alliances.  I thought this helped make the film feel credible and heightened my immersion.  The children, depending on their size and ability, would play to their strengths to survive.  Some do well, others don’t last long.  The group of children who form an alliance quickly gain the upper hand.

During the competition, The Hunger Games never delves to the level of being a snuff film.  It’s producers show an aversion to violence and it is never celebrated or turned into a spectacle.  The ending of the film both satisfies and leaves you wanting more.  The competition ends quite conclusively but there are unresolved tensions in the world of Panam and with Katness herself.  She enters the competition as a fiercely independent individual but by the end, she is not herself and panders to the audience, coaxed into a relationship she seemingly does not want.  It is an interesting direction that I did not expect the story to take.

I liked The Hunger Games a lot and after seeing her in Winter’s Bone, X-Men: First Class and now this, it looks like we might have a bona fide female action star in Jennifer Lawrence which I think is really great.  It’s not something that happens very often in Hollywood and I hope Lawrence embraces similar roles in future.  It seems likely she will have her name in lights for at least the next few years.  The Hunger Games opened to a monster box office opening weekend and has turned her into a star.  I look forward to seeing what the next two installments of this series has to offer.

Summary : A well executed PG version of Battle Royal anchored by a fine performance from Jennifer Lawrence. Its also the solid foundation for a film series that could well become The Next Big Thing.

Previous: A-League 2011/12 – Round 27 – The End
Next: Wrestlemania XXVIII Predictions Thread