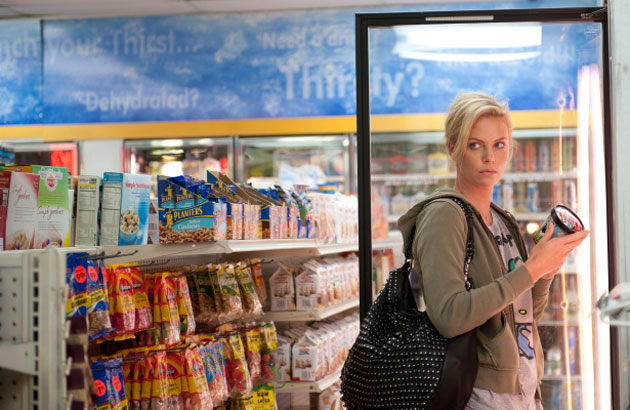 Young Adult is a comedy drama written by Diablo Cody of Juno fame.  It stars Charlize Theron as Mavis Gary, a smalltown girl who moves to Minneapolis and hits the big time by becoming the ghost writer of a young adult book series called Waverly Prep.  Well, ‘big time’ might be pushing it but proportional to the quiet life lived by her former classmates in Mercury, its given her a measure of fame and notoriety.

In reality, Mavis lives in a modest apartment in Minneapolis and barely grew out of her teenage habits.  The place is a mess, she owns a pet dog that seems suspiciously like an impulse purchase that she regrets and she might be out of a job soon.  The wholesome babysitters and boyfriends content in the Waverly Prep series is being edged out by the more risque sexual content of Twilight and its ilk.

Mavis receives an email from her old highschool flame Buddy Slade, who has just had a baby with his wife.  This picture rekindles Mavis’ love for Buddy and she decides to revisit the town of Mercury to win him over.  The wife and baby seem a minor obstacle to Mavis.  She knows Buddy to be miserable deep down and that he will jump at the chance to be back with her.

I knew I would love this movie within ten minutes.  I’m a big fan of Charlize Theron and I love films featuring characters like Mavis Gary.  Her extreme vanity and narcissism reminds me of Tracy Flick in Election or Max Fischer in Rushmore, two favourites of mine.

Mavis documents her inner thoughts by projecting her feelings for Buddy Slade through a character in her Waverly Prep books.  The idea that she is writing a dime-a-dozen teen fiction story about a girl stealing someone’s partner as a noble endeavour cracks me up to no end.  It’s right up there with Jack Nicholson sending letters about his marital problems to a famine-affected African child sponsor in About Schmidt.  It’s just one of those absurd ideas that seems funnier to me the more I think about it.

Mavis meets Buddy and he is still everything she hopes for.  He’s good looking, charming and seems keen to rekindle the friendship.  While she works on ruining his marriage, she also befriends Matt, the nerdy crippled kid in her school that she never paid attention to.  Matt lives a miserable existence.  He garnered sympathy with the townfolk of Mercury for being gay-bashed and permanently crippled by some jocks in highschool.  The ‘problem’ was that he isn’t actually gay and the support dried up when the people in Mercury discovered this.  Needless to say, Mavis and Matt bond over their alcoholism.

This is such a great film.  It’s darkly humourous without resorting to using drugs, deaths or any other low hanging fruit.  It’s just about socially broken people behaving socially irresponsibly.  Even funnier, at the end of the film when Mavis faces the reality of what she is doing, she has an tearful conversation with Matt’s sister about the ethics of her behaviour and then she learns the wrong lesson.  It fits the tone of the film and Mavis’ character beautifully.

I think Young Adult was criminally overlooked.  It’s really funny, one of Diablo Cody’s best films and one of Charlize Theron’s most entertaining roles.  Give it a chance. 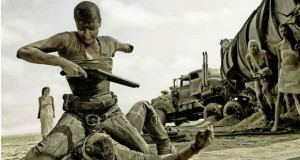