TV Show Round Up: The Killing, The Trip, Survivor Redemption Island, South Park 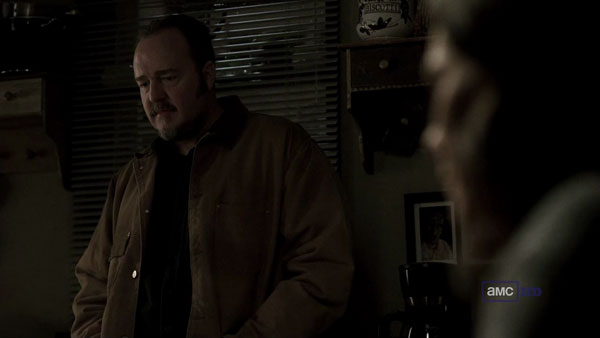 In the pilot episode, The Killing came across as a smart, sharply written crime drama that had a similar look and feel to the popular Girl With A Dragon Tattoo series.  The show was based on a popular Danish cop drama although I’m not sure how true to the source material it is.  The concept of having a single case carry out over a season where we saw how the murder of a teenage girl affected her family, the investigating officers and an ambitious political candidate was well executed and held plenty of promise.

Probably the biggest highlight of the show has been Joel Kinnaman’s portrayal of Detective Stephen Holden.  Holden is an unorthodox police officer who uses questionable tactics to get results.  That sounds incredibly contrived and well worn territory but its a credit to Kinnaman that he makes the character feel so fresh and intriguing.

Unfortunately, I don’t think The Killing delivered on the potential of its first couple of episodes.  In fact, it took a rather unfortunate nosedive in quality as the season progressed.  There were glimmers of promise (usually in scenes involving Kinnaman) but the show proved to have far too great a reliance on red herrings.  There was a lengthy story arc involving a Muslim teacher that went absolutely nowhere and the series had a nasty habit of resetting a revelation at the end of a previous episode almost immediately at the start of the next.

The final episode of the first season was a proper stinker.  Just when it appeared that the show had finally settled on a killer (albeit in the most contrived revelation possible), the show’s final five minutes backpedalled on that decision, took the Holden character in a stupid direction and then teased an assassination of a major character to close out the season.  In the end, after thirteen episodes, we were left with absolutely nothing concrete.  I think after Lost, no one has the patience for this sort of bullshit.  It was completely insulting to the viewer and smacked of desperation and a bankruptcy of ideas.  Who really has the patience to sit through another entire season to find out who killed Rosie Larsen?  Not me. 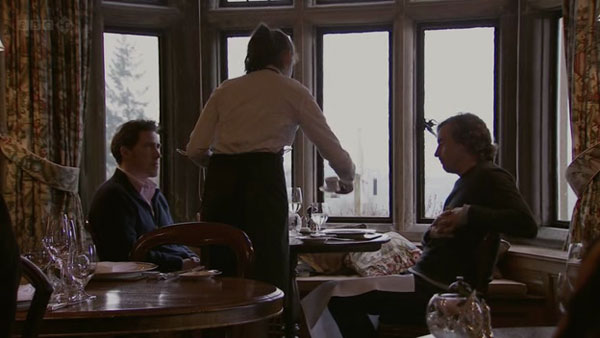 The Trip - eating at restaurants and talking crap. What a great concept for a show.

If I ever had a dream-come-true scenario where I could be in a film or a television series of my own choosing I think I would choose one of two things.  I’d either star in an action movie where I get to leap out of exploding buildings, save the girl and have CGI pecs or I’d be in something like The Trip.

The Trip is surely one of the best ‘jobs’ an actor could ask for.  Comedians Steve Coogan and Rob Brydon travel around the countryside in the north of Britain, chatting to one another in what appears to be an almost completely improvised script whilst eating fine food at nice restaurants.  Thats it.

I really enjoyed this six part series.  The banter between Coogan and Brydon isn’t laugh out loud hilarious but it doesn’t need to be.  The nature of the show is just enjoying the company of two friends while they chill out, eat good food and talk shit.  The beauty of this show is its simplicity.

I’m not even sure what else there is to say about this.  It’s certainly not for everyone but I liked it.

Man am I late getting around to writing about the finale of this show.  If they actually ever got around to selling seasons of Survivor on DVD, then the last three seasons would work nicely as a thematic package on Survivor Alpha Males.  You twice had seasons where Russell Hantz completely dominated the game but played a strategy that guaranteed he could only finish second and then you finish with Redemption Island where other players were wise to his approach, booted him out first and Boston Rob, a Survivor veteran, plays one of the smartest games in the history of the series and finally wins the big one.  Whereas Russell was stubborn and refused to adapt his game, Rob changed what wasn’t working, understood the important of the Immunity Idol and controlled his team to a degree that I’ve never seen any other Survivor alpha male accomplish.

Redemption Island proved to be an interesting concept.  I don’t mind it returning next season but I wouldn’t really care if they did away with it either.  It appears next season will have a similar concept with two returning Survivor All-stars.  If the rumours are true, they will be Coach and Ozzy.  I look forward to the show’s return in August.

South Park is a show thats been treading water for the last couple of seasons.  It is still intermittently funny but I havent been as engaged with the show as I was back in college.  Maybe my sense of humour is changing?  Which is why the final episode of the current mini-season where Stan becomes increasingly jaded about everything really hit home.  The timeliness of the episode was incredible and really resonated with me.  In a week where I wrote negative reviews about L.A Noire and X-Men First Class, Stan basically echoed my exact sentiments on the show.  The final breakup scene between Randy and his wife, which appeared to be a mouthpiece for the creators of the show talking about being fed up with South Park was also quite affecting.  For now, Trey Parker and Matt Stone insist they are not done with the show but it’s hard to imagine them staying motivated for this many seasons.  It will also be interesting when the show returns in September whether they will reset the current storyline or not.

Tagged with: South Park Survivor Survivor: Redemption Island The Killing The Trip TV Show Round Up 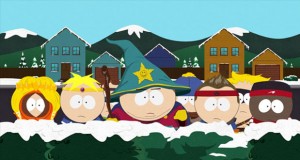