Last weekend over 150,000 people took to the streets around the country in protest of the Abbott government.  Tony Abbott has been in power less than six months and has surprised everyone with his surprisingly blunt level of scumbaggery.  Most recently he was at a school fielding questions from children and when asked by a girl about gay marriage, he remarked “can I get a bloke’s question?”  Top stuff, Tone.

The March In March protest brought together people from all walks of life and political backgrounds in the common cause of uniting against Abbott and his rubbishy, antiquated values.  But despite his outrageous shark culling, refugee jailing, foreign policy failing, environment destroying, auto-industry obliterating, gay rights denying, education defunding ways, the Liberal Party is still the dominant force in Australian politics and after the recent elections in South Australia and Tasmania, we could be looking at a country entirely run by the LNP at a state and federal level.

Depressingly, it seems the majority are siding with Tony Abbott.  At least for now. 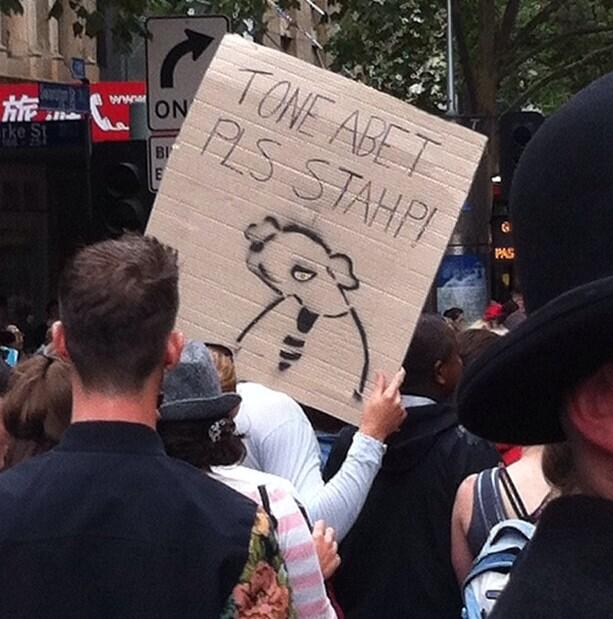 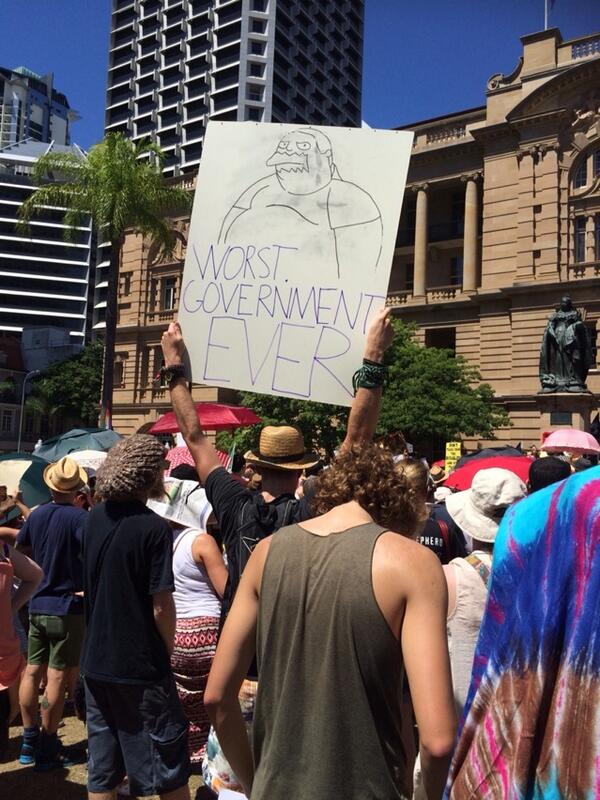 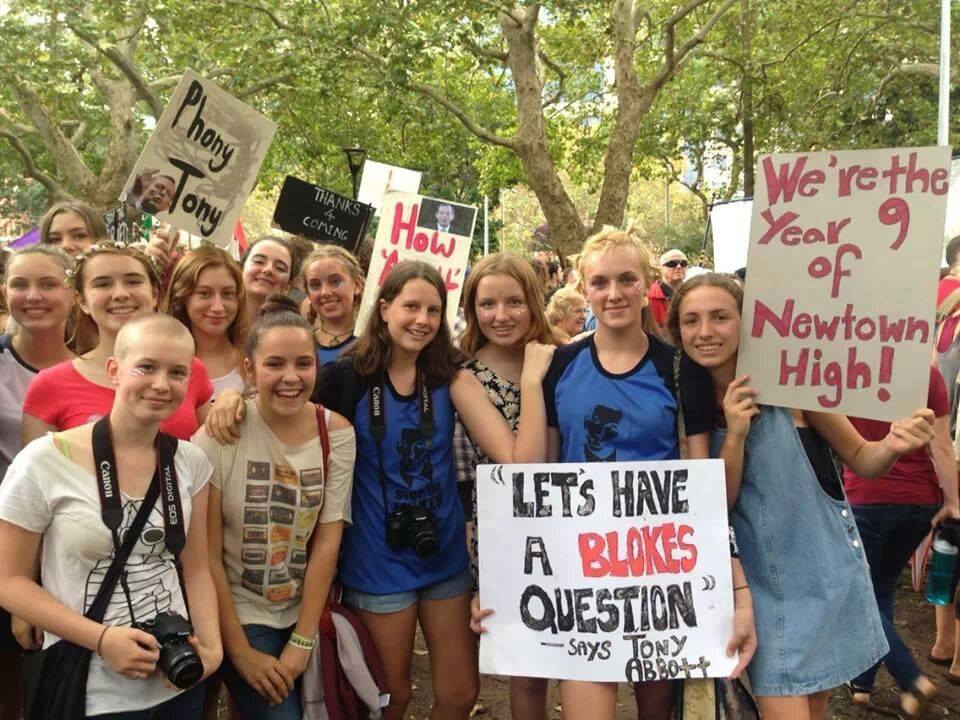 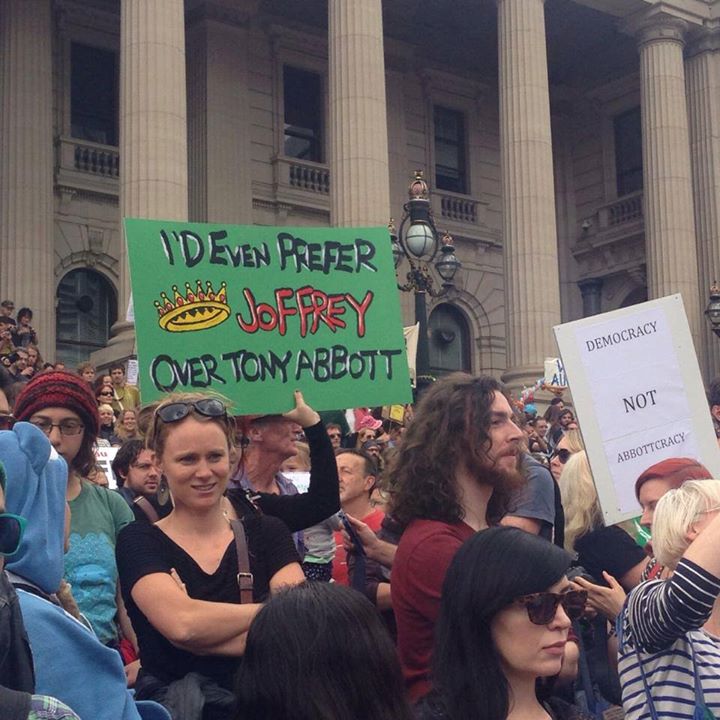 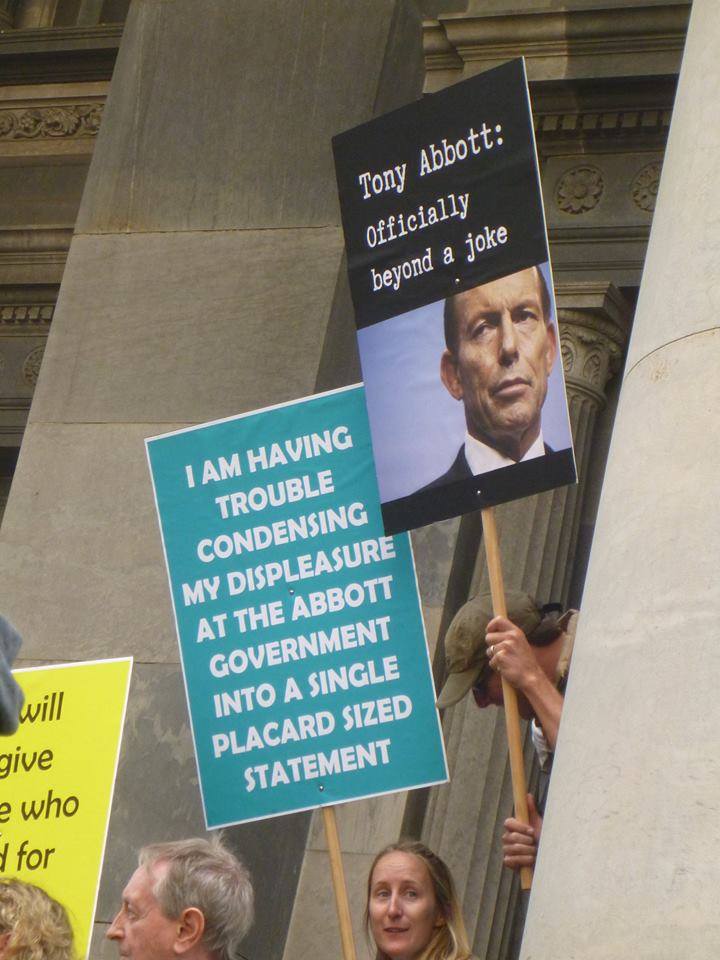 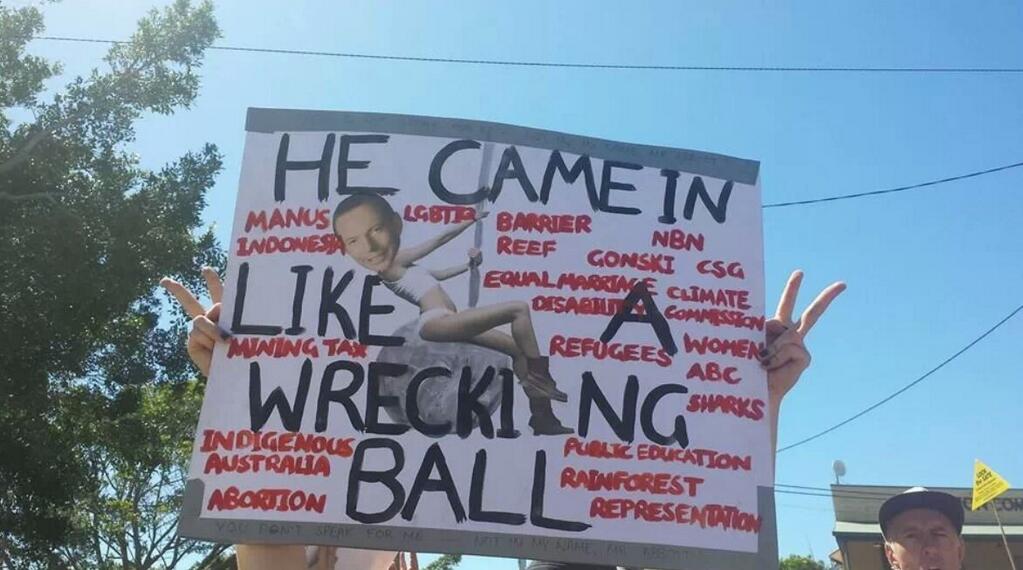