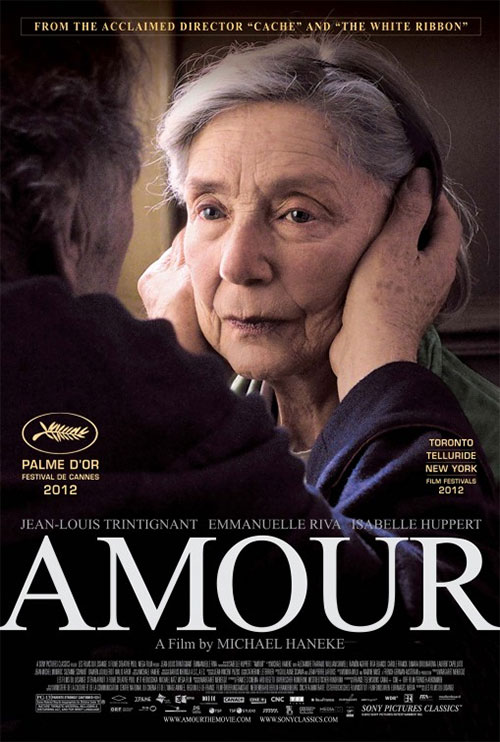 Amour tells the story of an elderly couple, Georges and Anne, who are in the twilight of their lives.  Both are in their Eighties and are retired music teachers who live in France.  The morning after attending the concert of a former student, Anne has a mental blank over breakfast, momentarily lapsing into a catatonic state.  Not long after, she has a stroke.  We know where this is headed.  The opening scene of the film, told out of sequence, shows police officers breaking down the door to their apartment to find Anne’s corpse in bed.

This is the first Michael Haneke film that I have seen although I am aware of his reputation for provoking and pushing the buttons of his audience, perhaps most (in)famously in Funny Games.

The two leads in this film, played by Jean-Louis Trintignant and Emmanuelle Riva, the latter of whom has the distinction of being the eldest woman nominated for a Best Actress Academy Award, are both uniformly excellent.  They are veteran actors who bring their characters to life with great conviction.  In their tired aging frames, there is an economy to their body language which draws your attention to their eyes and posture.  Anne seems tired but content with the stage of life she has reached.  Georges on the other hand, still has the fire and spirit of someone half his age.

We barely get used to Georges and Anne living their ordinary day-to-day lives when Anne suffers a stroke.  From here, the film takes a turn and the exchanges between the couple shift from benign conversations about repairing the door lock to conversations about euthanasia and the will to live.  This begins the long goodbye from Anne as her sickness consumes her.

I have to admit, I didn’t much like this movie.  In fact, I loathed it.

George and Anne are a likable couple but they are held at the whim of an antagonistic director in Haneke who deprives the film of sweetness and relief and pours on the sorrow and hardship with questionable motives.  Perhaps it was the reputation that preceded him but I became angry at how he portrayed an increasingly frail and weakening Anne.  Consider the brief scene in which Anne goes to the toilet and needs Georges assistance to stand and pull up her underwear.  In the context of a different film where I felt that the director had genuine sympathy for his characters, I could accept this scene for showing us how the stroke has affected Anne.  But here, I felt Haneke was leering at the audience and purposefully poking and prodding, looking to provoke a reaction.  Look at how she is stripped of her dignity.  Does it upset you?

Well, yes, I guess it does.  But for what?  This film is not a celebration of life.  It explores the relationship between life-long companions but only when its at the end and when its at its most strained.  This is a bleak, nihilistic film that carries very little sweetness for its subjects.

I don’t object to a film with nihilistic themes in principle but I think to take such a tone and mix it with such a provocative director makes for a toxic combination.  This is a film that is in desperate need of some frivolity, levity or kindness to provide a counter balance to the darkness.  A joyless two hour film about a woman slowly dying is perhaps being short but its not far removed from the truth.

Summary : A dark, antagonizing film that purposefully provokes and prods its audience in a way I found pretty distasteful. I hated it. 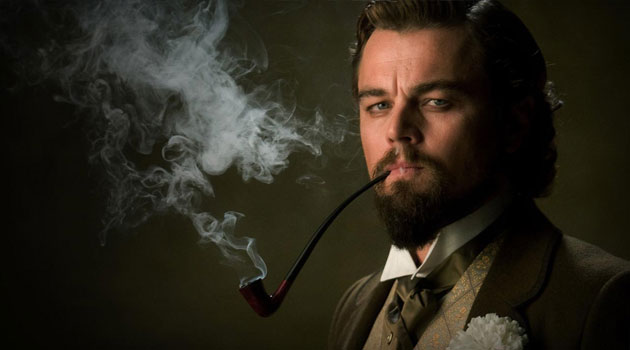