X-Men: Days Of Future Past 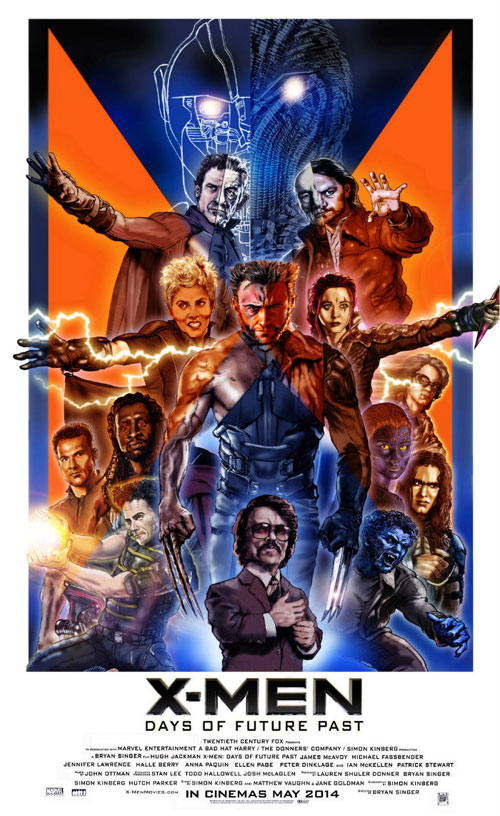 One of the many things that grinds my gears about reboots is that even when they are taking on a franchise as entrenched in popular culture as Spider-man, Superman or Batman, there is always the compulsion from the director to jump straight into doing another origin story.  I fully accept that all these characters will be popping up in movies for decades to come but instead of revisiting such well worn territory, why not make a Spider-man movie based on the Maximum Carnage storyline, or a Batman comic based on Arkham Asylum or a Superman movie based on Death of Superman?  Is it really so outrageous to assume that the audience knows how these characters came to be?

Two years ago, that was my beef with how Sony and a lot of the film industry in general were handling their super hero franchises.  We’ve seen origin story reboots for Spider-man, Superman and Batman in recent years which felt pretty redundant to me.  For the top tier super hero franchises surely making another origin story is a wasted opportunity to tackle any of the classic stories that their fans love them for?

To that end, X-Men: Days of Future Past is exactly what I was looking for.  This is the seventh X-Men film that Twentieth Century Fox have made and they haven’t rebooted the damn thing once.  Days of Future Past is a famously great X-Men comic book tale from 1981 and it’s terrific to see it receive an adaptation on the big screen.  Even better, director Bryan Singer, who returns to the franchise after an 11 year absence, takes off the kid gloves and dives in neck deep in nerdy comic book lore.  This film doesn’t spend a single minute retreading old ground explaining who each character is.  It assumes you’ve seen, remembered and understood the events of all the previous films and have a certain level of familiarity with the comics.

This isn’t to say that you could watch the film unfamiliar with the franchise and not find something to enjoy.  It’s just that your level of familiarity with the X-Men will significantly shape your context of each scene. 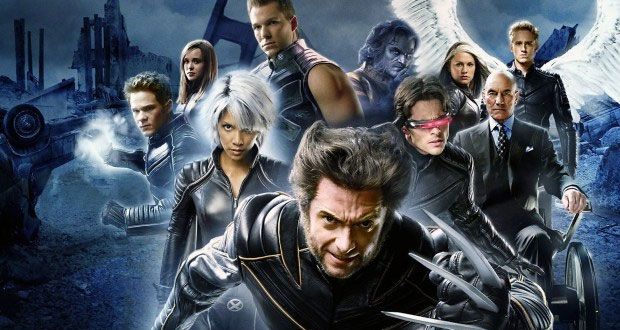 Consider one of the most popular and special effects laden sequences in the film where the gang try and bust Magneto out of captivity.  It involves an incredible scene where a mutant who is lightning fast disassembles an attack from some security guards by re-arranging their bodies and the trajectory of their bullets in a split second.  Depending on your familiarity with the X-Men, you could read the scene to be:

The film doesn’t explain the character’s name, nor his relationship to Magneto.  It’s a long film but there’s plenty to cram in so little details like that get lost in the moment.

The goal to be undertaken by the heroes in the film is pretty straight forward but the journey to get there is anything but.  We start in an apocalyptic future where giant automatons called Sentinels have laid waste to mutantkind and any humans unfortunate enough to help them.  They are marked for death and wiped out on a genocidal scale.  There is a rather shocking opening sequence in which the X-Men battle a raiding Sentinel party and are brutally wiped out and murdered one by one.

The few surviving mutants include Professor X and Magneto who, despite warring as enemies for decades, have banded together in desperation.  They formulate a plan to utilize Kitty Pryde’s psychic time shifting ability to send someone back to the past to stop the creation of the Sentinel program.  The key point in history that they identify needs altering is the moment when the shapeshifting mutant assassin Raven “Mystique” Darkholme murders a militant anti-mutant engineer named Bolivar Trask who designed the Sentinels.

Wolverine is chosen as the man on the mission, not so much for his diplomacy skills, but because he is the only man capable of traveling back in time so far without risking permanent injury.  His task is to find and unite the younger versions of Professor X and Magneto, the ones played by James McAvoy and Michael Fassbender in X:Men First Class, and convince Raven not to kill Trask.

I’ve missed Bryan Singer’s handiwork with the X-Men franchise.  I’ve actually been fairly indifferent to the X-Men films since he left and it was only in the course of enjoying Days of Future Past and seeing references to X-Men 3: The Last Stand that I was reminded of what a crappy job Brett Rattner did and how bad the films can be in the wrong hands.  Singer has a deft touch with the X-Men franchise.  Like Joss Whedon, I think he has a knack for translating the characters off the page and onto the screen in a way that few directors can match.  He gets the humour, delivers on the melodrama and is pitch perfect in capturing the tone of the comics.

One of the things that Singer does best is making action sequences that capture the imagination.  He allows virtually every character in this film (Bishop not withstanding) a moment to shine where you think who can stop this guy?  Only to then top himself when he allows the next mutant to showcase their power.  When a director gets these action sequences wrong (think Man of Steel‘s endlessly dull fisticuffs) it can make a super hero film really plod.  When they get it right, as with Days of Future Past, they are the highlight of the film. 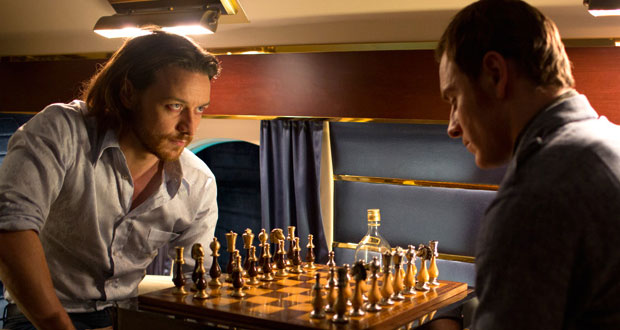 It helps of course that this film is spoiled for talent when it comes to its cast.  It goes without saying that Fassbender, McAvoy, McKellan and Stewart are all excellent as the young/old variations of Magneto and Professor X.  It’s a shame the latter don’t get more screen time but I think Singer makes the best of what he’s got without sacrificing the film’s pacing.

Jennifer Lawrence has a large role to play as the critical character Mystique.  It’s funny, I remember watching the original X-Men film back in 2000 and Mystique wasn’t important at all.  In fact, the extras on the DVD more or less explain that the role was given to the model Rebecca Romjin and not an actress because it took eight hours to apply the blue makeup and the key casting requirement of the role was someone who could sit still for a long time and not complain.  Fourteen years later, I wonder if Lawrence had the same treatment or whether they’ve sped up the process any.

X-Men: Days of Future Past is mana from nerd heaven.  Watching this film as a fan of the comics, its exactly the sort of super hero film I want to see more of.  There are tons of fantastic super hero stories that can be brought to the big screen from a comic book industry that has about eight decades of material they could be mining.  Hopefully Days of Future Past finds the audience it deserves (I believe it will) and this will open the door to more films that trusts the audience is familiar with the source material.

X-Men: Days Of Future Past

Summary : A terrific adaptation of the one of the most famous and beloved X-Men stories. It's good to have Singer back.