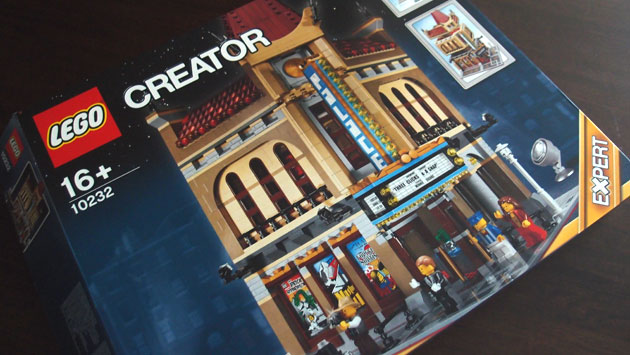 Over the long weekend Jen and I built the Palace Cinema, Lego’s modular building for 2013 in its Creator series.  Clocking in at 2196 pieces, its actually a tad smaller than some of its counterparts like the Grand Emporium.  Clearly influenced in design by Grauman’s Chinese Theatre in Hollywood, I thought the set was aesthetically quite pleasing and a lot of fun to put together.  It’s quite a different design to the rest of the Modular range and yet the final product doesn’t look out of place when lined up with the rest of the buildings.  Highlights for me included the design of the red tiled roof and the impressive Palace sign.  This is the first set in the Modular series to use stickers but I think it makes sense here and it helps add necessary detail to the cinema’s posters and Now Showing marquee. 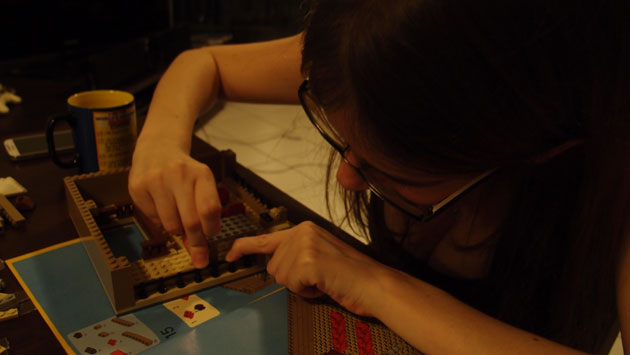 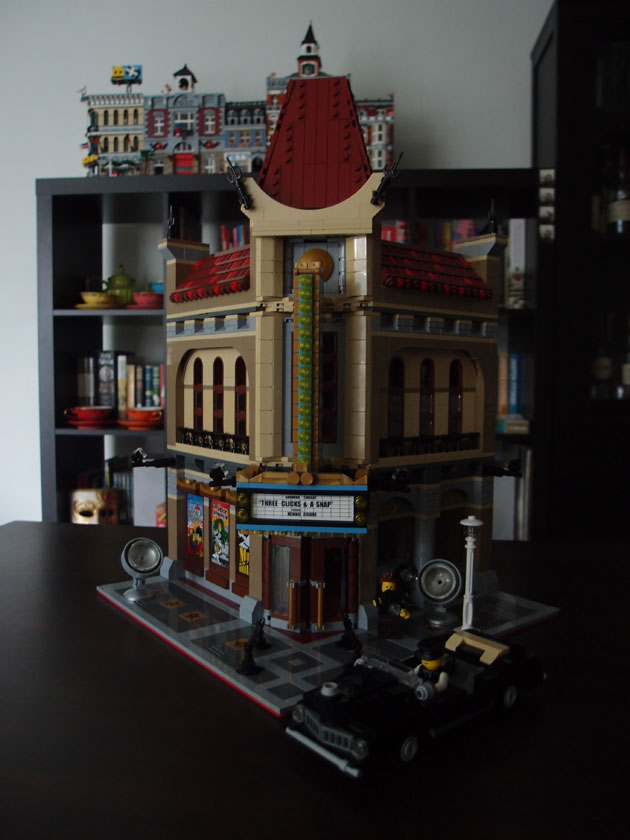 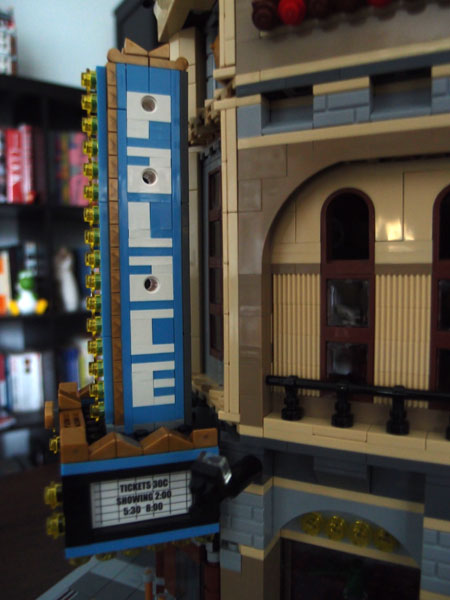 The signboard is a thing of beauty 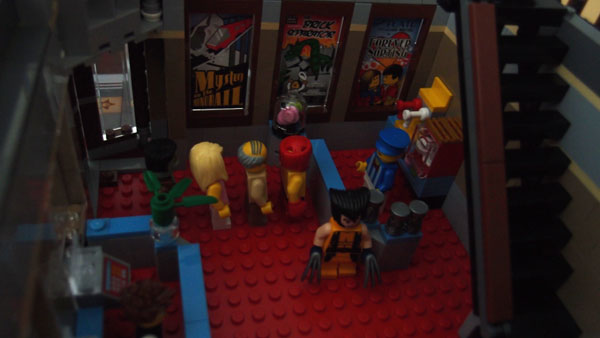 The cinema lobby has plenty of detail including movie posters, a snack bar and a cashier. 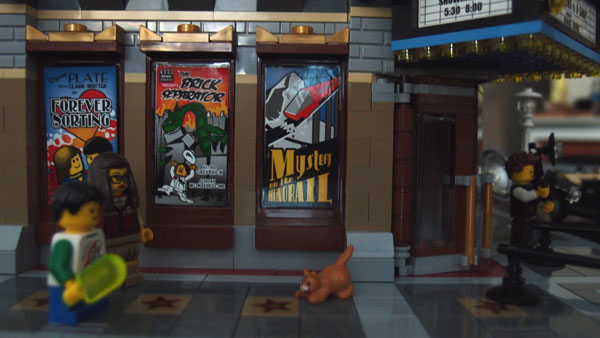 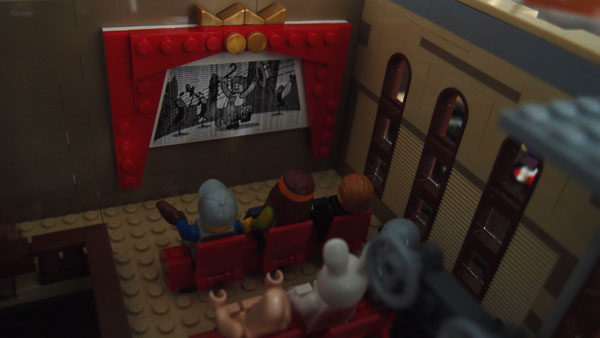 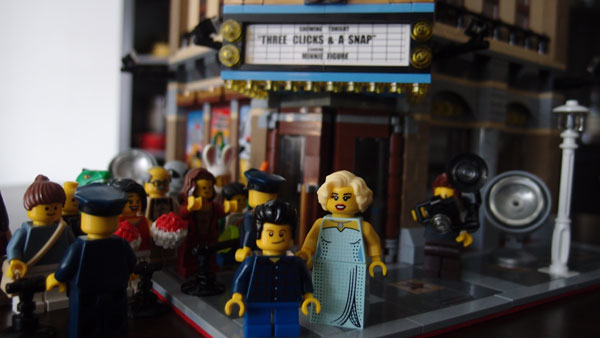 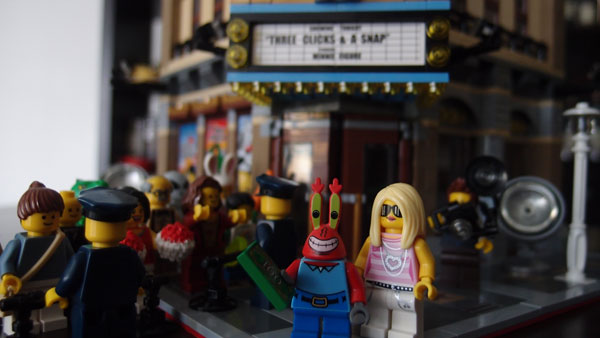 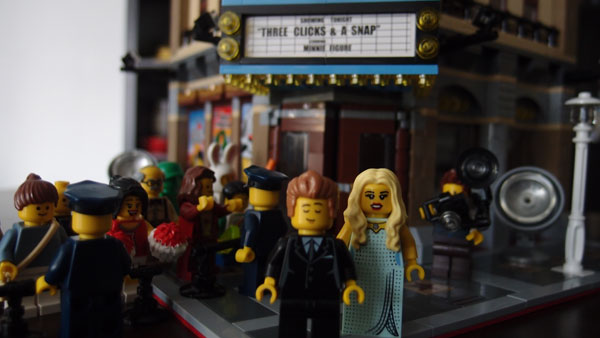 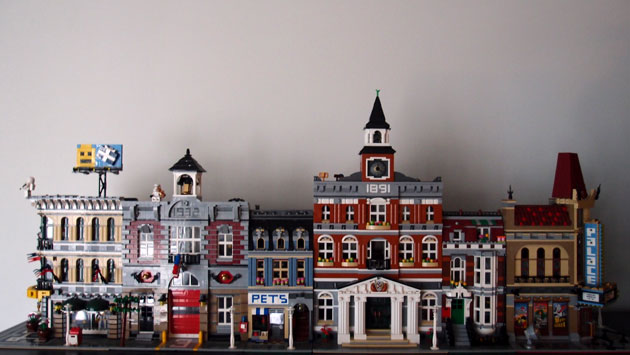