Don't Miss
Home > Blog > TV Show Round Up: Under The Dome

TV Show Round Up: Under The Dome 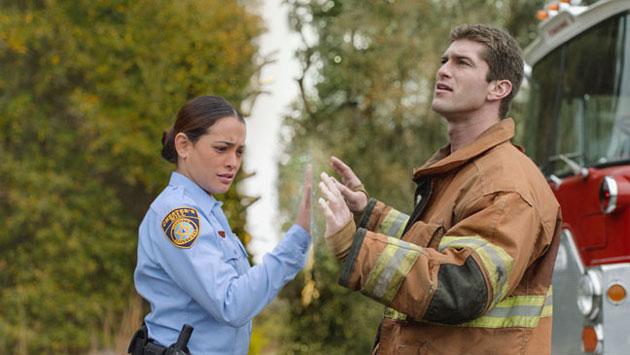 If you ever wanted to find a renewed appreciation for just how good shows like Game of Thrones are, spend 45 minutes watching CBS’ pilot of Stephen King’s Under The Dome.  The concept of the show is unashamedly escapist sci-fi fare – a giant invisible dome suddenly materializes over a small American town.  Cut off from the outside world, they begin to go all Lord of the Flies on one another.

When I reviewed the book four years ago, I concluded that it was great source material for a tv show.  I stand by that.  This is probably not going to be that show however.

I watched this pilot with good intentions, willing it on to be everything I hoped it could be.  The show shouldn’t take itself too seriously, it should have a strong ensemble cast and it should be patient in its gradual spiral into chaos.  I didn’t really get any of those things.

If there’s one creative decision I agree with, they seem to have toned down the characters of Junior so far and made him a little less rapey and psychotic than he was in the book.  I think for the tone of the show that they’ve ended up with, its a good thing that he’s a PG-rated version of crazy.

Hopefully the show finds its stride because right now it reminds me of every other shitty free-to-air American tv show that I’ve tried to watch since Lost (The Event, Flash Forward, Revolution, Terra Nova…).  The characters are robbed of any detail or nuance and are generally walking exposition machines, telling us what they see and feel instead of trusting us to work things out for ourselves.  Even in the books, Under The Dome has a pretty uninteresting lead character – Barbie – and the success or failure of the show will largely hinge on the much more charismatic antagonist Big Jim Rennie.

Shitty acting aside, the biggest problem with Under The Dome is that treats its audience like morons.  Game of Thrones is one of the most popular programs on television and it has about fifteen concurrent storylines and a cast of over thirty characters each with their own agenda and back story.  Just imagine what that show could’ve been in the hands of someone less capable.

I’ll give Under The Dome another couple of episodes and hopefully things will pick up.  I doubt it will.

Tagged with: Brian K Vaughan Stephen King Under the Dome