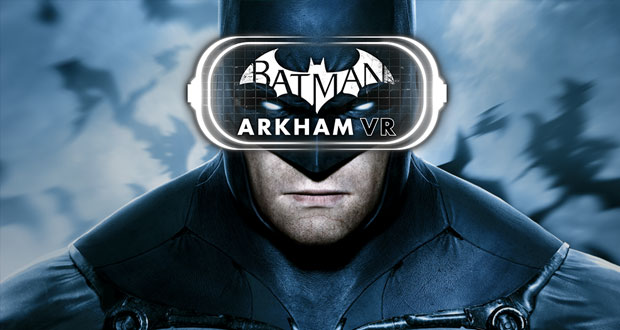 Many, or dare I say most, of the launch titles for the Playstation VR are bite sized games that are designed for one-off playthroughs or are proof-of-concepts for something bigger and better as developers have more time to sink their teeth into VR and the audience for Playstation VR grows.  Batman Arkham VR is just such a game.

In this 90 minute experience that spans a sparse five environments, players don the mantle of the Caped Crusader in a quick showpiece of what a bigger virtual reality Batman game could be like.  To their credit, Rocksteady Studios does a lot to whet our appetite.  Right from the opening title screen which plonks the player right on the rooftop of a tower overlooking Gotham City, this is an experience that will draw oohs and aahs from fans of DC’s most iconic superhero and leave you hoping for a full-blown game that has all the bells and whistles in the not-too-distant future.

One of the most memorable experiences I’ve had in VR so far is from the opening minutes of Batman Arkham VR.  It’s when you, as Bruce Wayne, play some keys on a grand piano in Wayne Manor, which unlocks access to the Batcave.  In full, glorious, immersive virtual reality, the player then dons the suit, cape and cowl and becomes the Batman.  It’s one of those moments that highlight just how high the peaks of the virtual reality experience can be and makes you long for the time that virtual reality technology fully catches up with our imaginations.  There’s nothing in a traditional television-based gaming experience that can compare with it. 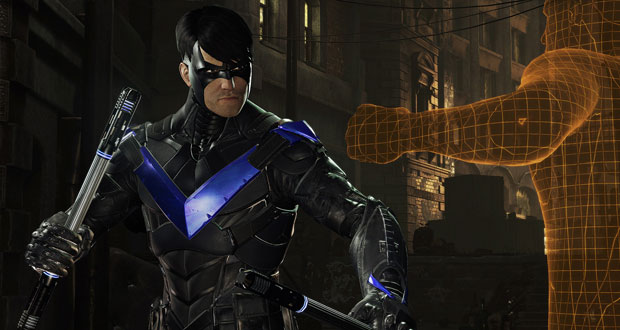 Nothing else in the rest of the Batman Arkham VR game comes close to matching that moment.  But the game does offer some insight into how a superhero VR game might work.  Importantly, Rocksteady seem keenly aware that a game centered on combat probably isn’t going to work as it would likely cause the player to get motion sickness and hurl within minutes.  Instead, the game focuses more on the Dark Knight’s detective skills and his handiwork with gadgets.

The rest of Arkham VR is a mixture of simple puzzle solving and path finding.  There wasn’t anything particularly special about these sequences but then much of the games comes across as a feeling out process by Rocksteady Studios as they explore what works and what doesn’t in VR.  I think I got more enjoyment out of the scripted cutscenes involving the Joker and the Penguin because the novelty of being there as Batman as they stare you in the eye is something unique to the medium.

Short, sweet and full of potential, Batman Arkham VR could still uncharitably be called a $30 demo.  But as an early piece of software in the lifecycle of Playstation VR I think its a fine blueprint for what a larger scale game could look and play like.  If nothing else, I hope Batman Arkham VR serves as a good design document for budding VR developers to focus on creating games that fit the medium, rather than trying to shoehorn in what used to work on television-based games.  If a Rocksteady Studios developed, full-sized Batman game has as many ideas as Arkham VR, it could turn out to be something very special indeed.

Summary : A fun proof of concept. Batman Arkham VR is very short but whats there shows a lot of promise for the medium.

Previous: Rez Infinite
Next: Ready Player One by Ernest Cline