After the soaring rhetoric used by Barack Obama and his team on their way to clinching his first term in office, there has always been a lingering sense of disappointment about how his first term in office played out.  It was pretty inevitable.  No amount of Will.I.Am and ‘Yes We Can’ could take away from the enormity of what Obama faced.  He inherited a country that was neck deep in the financial crisis of 2008 and the economic road to recovery was always going to be slow and difficult.  He also spent two years of his term facing a Republican majority congress and a senate opposition leader Mitch McConnell who explicitly stated his goal was to make Obama a one-term president by roadblocking everything he did, regardless of whether it was good for the country or not.

I don’t hold the slow economic recovery of America against Obama.  Four years later, the auto industry is recovering, unemployment is shrinking and there is jobs growth month on month.  Even Mitt Romney rather cheekily took Obama to task for not fixing the economy in his first term but then added his own plan would have gradual cuts over ten years.

Although Obama was not successful in fully implementing universal health care in America, he faced such aggressive opposition from the Republicans that after two years, I think it was reasonable for him to settle on the Obamacare that he was able to pass.  The upshot is 35 million Americans that previously did not have access to health care, now do.  For big ticket policy changes like healthcare and gun control reform, I think it is an achievement in of itself for a president to be able to pass even one of these milestones in a single term.

Its comes as no surprise that from an outsiders perspective looking in, Obama is generally viewed favourably and is by far the preferred candidate over Mitt Romney internationally.

The biggest strike against Obama is the surprising right turn he took on foreign policy once he entered office.  Prior to his election, Obama expressed opposition to the Patriot Act, promised to close Guantanamo Bay as president and had stated a foreign policy goal of ending the war in Iraq and against the Taliban.  He used terms like ‘investing in our common humanity’ to explain what he felt was America’s role in the world.

At some point during his first four years, Obama’s idealistic nature changed.

Guantanamo remains open.  He approved drone strikes in Pakistan, Somalia and Yemen that have killed thousands, including innocent civilians.  He extended the Patriot Act.  He had an American citizen assassinated.  He began a war without going through congress.  He has continued to engage in warrant-less wiretapping that was undertaken by the Bush administration.

Worst of all, he appears to have set a framework in place for America to endlessly engage in a ‘War on Terror.’  By institutionalizing its Kill List program, Barack Obama has set in motion a series of events that will likely enable future American presidents to inherit all of the aforementioned powers – to spy, to arrest and to kill with impunity.

With his actions, we can make an assumption that Obama is operating under the intention to provide safeguard and security for America.  The majority of the drone strike victims are likely terrorists.  His military engagement in Libya was bloodless from an American body count perspective.  Anwar al-Awlaki, the man assassinated by the Obama Administration was a confirmed Al-Qaeda operative and a proud ‘traitor against America.’

And yet, by entrenching these rights for the American Presidency, Barack Obama opens the door for all manner of use and abuse of these powers in orders of magnitude far beyond what he has employed them for.  This is a country that is still potentially considering Mitt Romney for president after he ran one of the must bumbling and ineffectual campaigns in recent memory.  Imagine how he would put those powers to use if he engages Iran in a military conflict or if his sabre rattling with Russia and China lead to something more substantive.  This is a country where Rick Perry, Michelle Bachmann, Herman Cain and Rick Santorum were all were one time front runners for the Republican party.  They are far more hawkish and aggressive in their foreign policy views than Romney ever was.  Who’s to say there won’t be a future Democratic president who won’t be as reckless with military engagement as George Bush?

If any of these worrying scenarios were to eventuate, we can look to events that occurred in Barack Obama’s first term and hold him accountable.  It has been by far the worst thing about the Obama Administration thus far and the most disappointing and downright terrifying part of what his legacy may end up being. 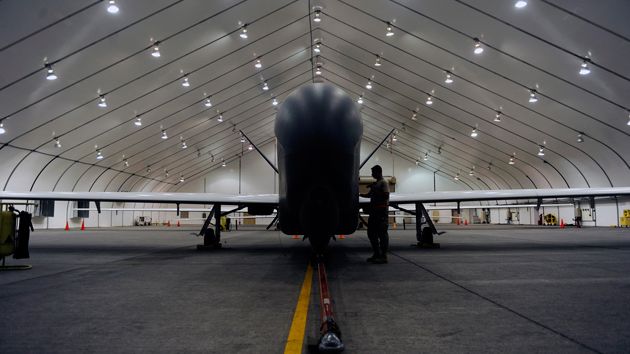