Pre Game  Days after visiting ‘Canadia’, our Prime Minister Tony Abbott, the walking gaffe machine, gets the name of our captain wrong, referring to Mile Jedinak as Mike in his address to the Socceroos.  It’s so weird how sloppy his minders are with this stuff.

With an 8am kick off on a Saturday, this is the only Socceroos game of the tournament with a sensible kick off time.  The others are on at 2am on a weeknight

I watched the game with my friend Suellen at King George Square in the city.  There was about 400 people there with a pretty even split of Chileans and Aussies. 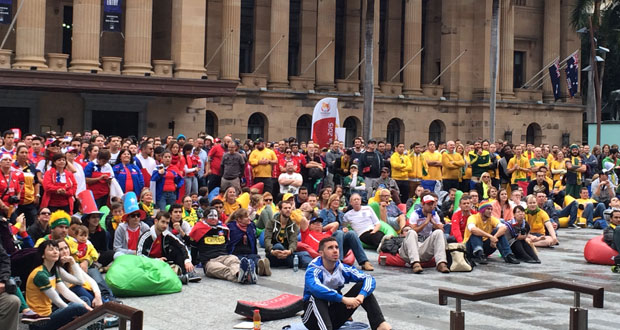 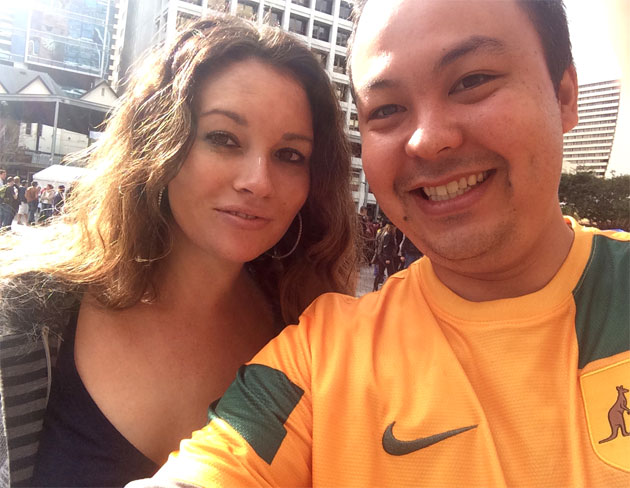 1′  I missed the kick off because I was in a 50-man queue to get coffee.  I’m still trying to wake up after the 5am Spain vs Netherlands game earlier.

8′  We look a bit out of sorts.  Keep turning over possession.  Should probably get that sorted out before-

A Chilean attack pinballs around the Socceroos penalty area.  Jedinak is unsuccessful in clearing the danger with his header and Sanchez scores a great poachers goal, beating Matt Ryan at the near post.

The Socceroos defense gets ripped to shreds.  Valdivia receives the ball with acres of space on the edge of the penalty area.  He still had plenty to do but a sweet swerving strike soars past Ryan and into the top corner. 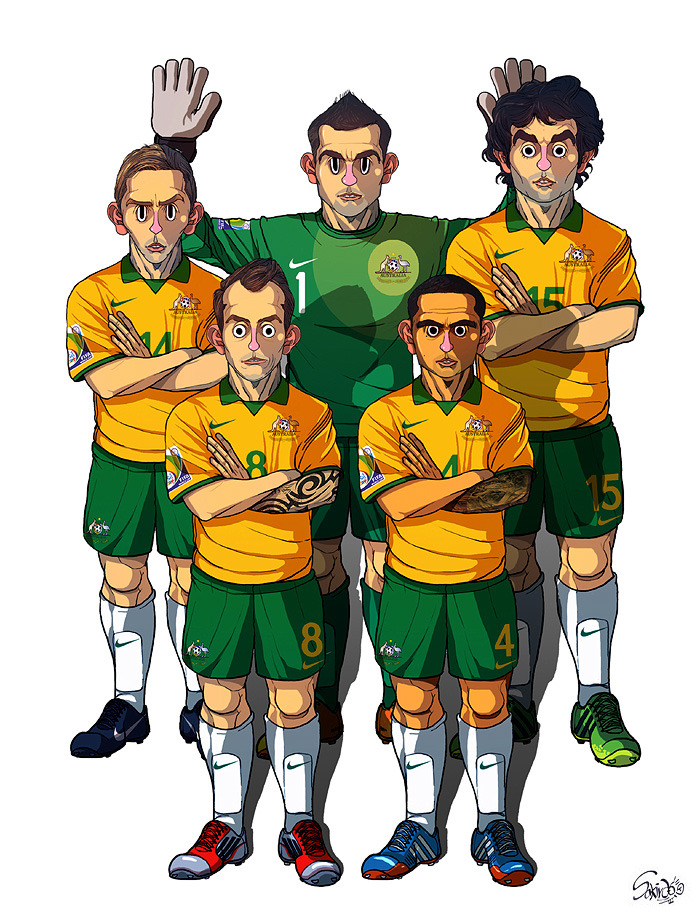 Ivan Franjic dispossesses the Chilean midfielders and curls in an inch perfect cross to Cahill who towers above the defenders and smashes home a goal for the Socceroos with a powerful header.  It was no less than they deserve after a period where they regathered their composure and poured on the attack.  Great stuff.

After a poor start to the game, the Socceroos really made a good account of themselves in the last twenty minutes.  Leckie, Cahill, Franjic have all looked superb.  What can they conjure up in the second half?

60′  Goddamn, so many chances, Bresciano knocking on the door and asking questions.  Forced an excellent save out of the Chilean keeper.

80′  We’ve been terrific this half.  Everything but a goal.  Heart in mouth stuff for a moment when Chile sprung a counter attack and a shot bobbled past Matt Ryan.  Only a goal line clearance from Alex Wilkinson kept the Socceroos in touch.

90’+2  Goal, 3-1 Chile.  Dammit.  After a valiant and competitive second half, Chile finally kills the game dead with a goal from Beausejour.

After being completely overawed in the opening stanza, the team made a fantastic account of themselves once Cahill scored his goal.  There are some really promising signs from this young squad and they can be proud of their performance tonight.  I’m devastated to see Franjic leave the field injured.  Hopefully he can still contribute in this World Cup although I suspect his involvement may be over.

I also think that his performance and assist in setting up the Soccerooos goal could lead to some clubs knocking on the door at Brisbane Roar.  It’s been coming.

Two games left.  The rampaging Netherlands and a desperate Spanish side.  Should be a lot of fun.

Also, I totally made it into the evening news: 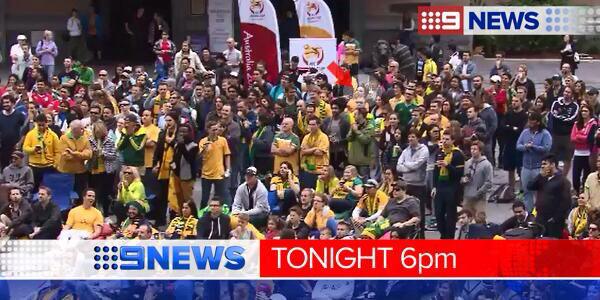