Welcome to the official TFW guide to the AFC Asian Cup 2015.  This is the sixteenth edition of the tournament and the first to be held in Australia!  The hosts finished runners up in the 2011 tournament, going down 2-1 to defending champions Japan.

Both teams carry a huge weight of expectation on their shoulders.  For Australia, nothing less than a finals berth will do for coach Ange Postecoglou.  But they aren’t the only contenders for the trophy.  This tournament also features a fantastic array of other footballing powerhouses, underdogs, oddballs and pantomime villains. 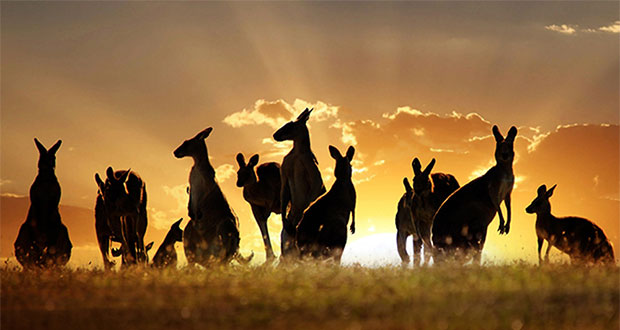 Here’s a breakdown of the Group Stage.  The teams play one another in a round robin format and then the top two advance to the knockout stage of the competition. 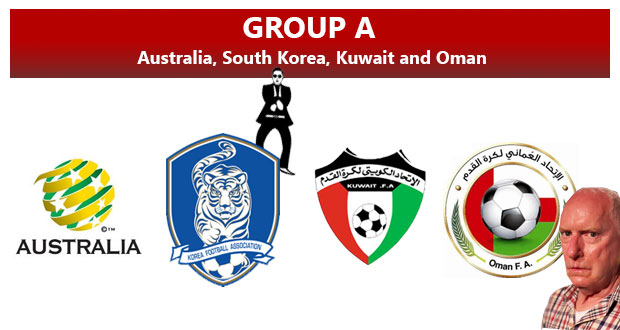 Australia actually drew a pretty tough group for this tournament.  Home advantage counts for a lot but South Korea are one of the better teams in the tournament and Oman seems to be a bogey team for our side, having beaten us 1-0 at home last year and stealing a 2-2 draw the last time they played in Oz.  With that in mind, the opening game against Kuwait is a bit of a must-win affair.  Anything less and suddenly there is huge pressure in the remaining two games.  Kuwait should be a team we can beat with ease.  Their new coach is just six weeks into the job.

South Korea were not the force they once were and they’ve never recaptured the form of their 2002 World Cup run where they made it to the semi finals.  They had a lousy World Cup in Brazil and terrible locker room morale lead to their manager Hong resigning.  For that reason, I’m tipping an upset and Oman to join Australia in advancing to the knock out stage.

My Picks To Advance:  Australia and Oman 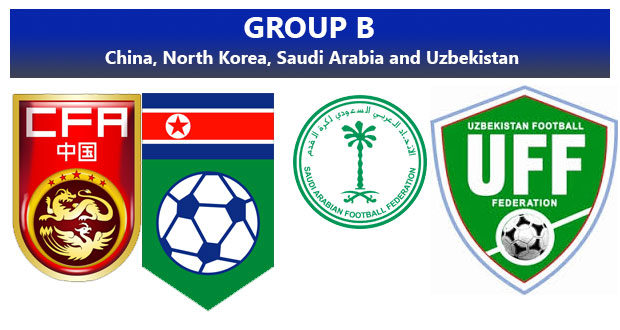 The Group of Death!

This is a tough group to pick.  No one know anything about the North Koreans.  They’ve kept everything under wraps and fastidiously avoided the media where possible.  They’re a treat to watch because of the mystique around the side and the curious looking ‘fans’ that they bring to games.

Saudi Arabia are footballing giants in the Middle East and have some of the strongest clubs in Asia.  I expect they’ll advance with relative ease.  They have Nasser Al-Shamrani, the Asian player of the year in their side.  He’s better known to Australians for spitting on Matthew Spiranovic after losing to the Wanderers in the Asian Champions League final and punching a fan during a training session in Australia.  Every tournament needs a pantomine villain and he’s the man for this tournament.

China are perennial under-performers in World football.  It always boggles my mind that an economic powerhouse with 1.2 billion people can’t find eleven better footballers than, say, Iraq, which has less than 5% of the population and have been a war-ravaged country on and off for three decades.

I don’t know a whole lot about the Uzis.  They finished second in qualifying after UAE.  I wouldn’t mind seeing the Socceroos meet them during the knockout stage of the tournament though.  In the 2011 Asian Cup, we flogged them 6-0.

My Picks To Advance:  Saudi Arabia and China 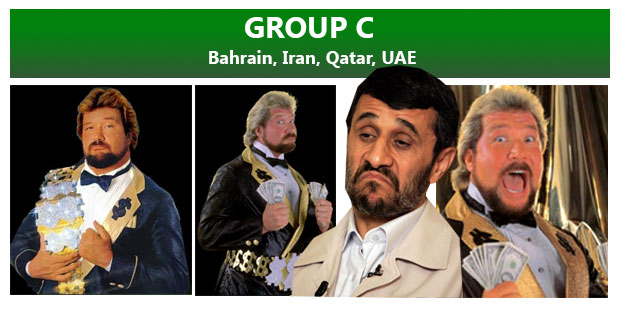 The Group of Affluence!

Iran is a team that Australian football has unfinished business with.  They were responsible for breaking hearts and crushing dreams in the campaign to qualify for the 1998 World Cup in France, coming back from two goals down to dump the Socceroos out of qualification.  If they perform as well as expected, the Socceroos should meet Iran in the semi final…on Australia Day.  It would be an absolutely massive dream fixture for fans and tournament organizers.

UAE are the other team to watch and a dark horse in the tournament.  They finished top of their group in qualifying by a million points and have a terrific young squad.  Expect them to advance.

I’m curious how the crowds will react to Qatar.  Not much love for them in these parts.

My Picks To Advance:  UAE and Iran 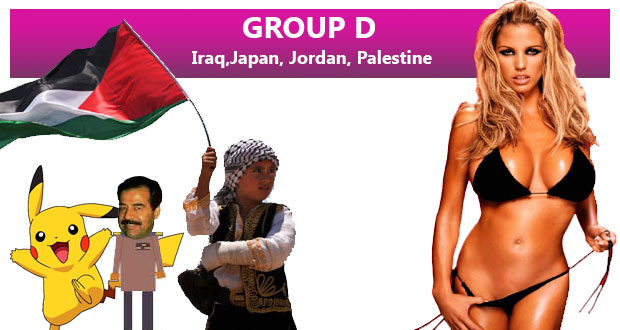 A fun group that should produce some of the better matches of the group stage.  Expect Japan vs Iraq to be a highlight.

You’d expect Japan to qualify pretty handily.  They carry the mantle of tournament favourites and alongside Korea, they have the most players in the starting XI who ply their trade in top flight European football.  Honda, Kagawa, Hasebe…they have a swag of talent that will be a treat to watch.  They will also be looking to make amends for a disappointing World Cup in Brazil.

Iraq are a tempermental side and are comparable to Pakistan in cricket or France in rugby.  They are inconsistent but on their best day, they can beat just about anyone.  They are best known for winning this tournament in 2007, not long after the second Iraq War.  They are a force to be reckoned with in this tournament.

The most popular underdog team to support in this tournament is surely Palestine – who qualified for their first ever major tournament.  Bookies give them incredibly long odds to even make it out of the group stage but it will be fun supporting them every step of the way.

My Picks To Advance:  Japan and Iraq