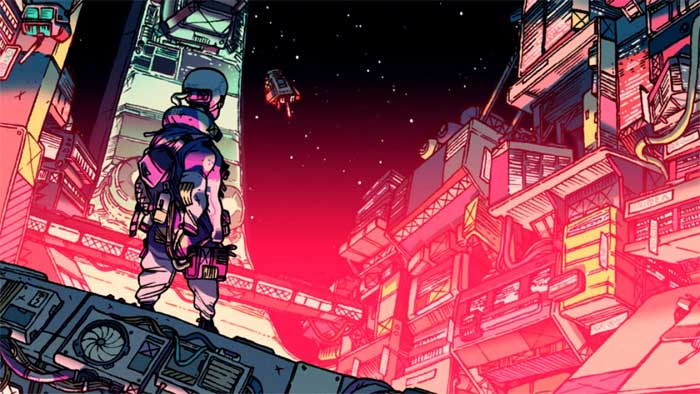 Sleepers are human minds that have been digitized then inserted into a robot body.  They are developed by the Essen-Arp corporation who uses sleepers for manual labour jobs in the outer reaches of space.  In Citizen Sleeper, you play as a sleeper who escapes this life of indentured servitude and awakens on a space station known as the Eye.

Life on the Eye will not be easy.  You must take on jobs to earn credits to afford anything.  Sleepers are designed to shut down (“planned obsolescence”) unless they are regular topped up with a specially-engineered serum which is expensive to come by in the black market.  You must network with people on the Eye to find a purpose.  Even as you try and build a new life for yourself, the clock is ticking.  Word is the Essen-Arp corporation are none too pleased with your escape and have hired a bounty hunter to track you down.

Citizen Sleeper is the second game from developer Jump Over the Age, which in actuality is a one-man development studio founded by Gareth Damien Martin.  It is an incredibly rich and well rounded sci-fi roleplaying game which incorporates dice rolling elements like a table-top strategy game and melds this with storytelling and gameplay elements that could only be pulled off in the video game medium.  The result is a unique sci-fi masterpiece that lingers long in the mind after the credits have rolled. 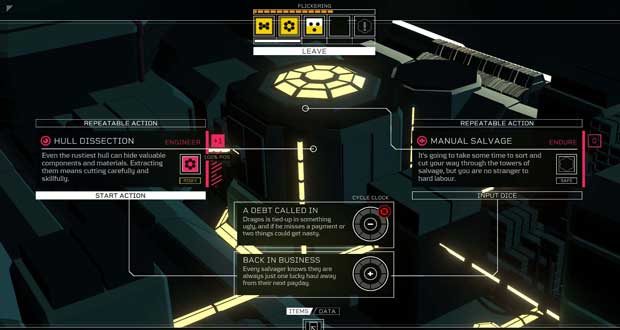 Time in Citizen Sleeper is measured in ‘cycles’, which is the game’s equivalent version of a day.  With a full tank of energy, you start each cycle with five (random) dice rolls that you can expend on various tasks – working, eating, socialising, completing objectives and so on.  The better the dice roll, the higher the likelihood that the task you assign it to will be performed well.  If you don’t look after yourself and stay nourished, your energy can dip and you end up starting the next day with fewer dice.

Citizen Sleeper is a game about many things and one of those themes is that capitalism is a bitch and before long you will be faced to make some hard choices as the clock winds down on the missions you take on.  You might decide to help a desperate father and son hoping to escape the Eye but you might find yourself having to choose between lending a helping hand and earning enough money to feed yourself.

Martin cited the secondary characters in Mass Effect as an influence for making this game and that’s exactly what it feels like.  It’s about the little people on the fringes of this society.  The ones who are in a precarious position where one bad day can overload your health or your finances.

Citizen Sleeper certainly isn’t the first sci-fi video game to explore these sorts of concepts but I can think of few contemporaries that are as well-written and are as well served by the core gameplay mechanic which does a wonderful job of heightening the decision-making stakes.  I became fully invested in the fate of my sleeper as well as in the fortunes of the workers, hackers, misfits and robots that you cross paths with on the Eye.  Martin has crafted a wonderful rogue’s gallery of characters in Citizen Sleeper ranging from anarchists who want to bring down the whole system to bizarrely comedic entities like the sentient vending machine Neovend 33.

Citizen Sleeper is a game that is reliant on large passages of text to paint a picture of this dystopian future in the player’s mind.  It’s an incredible feat then that this feels like one of the most richly detailed and impressively cohesive video game worlds that I have explored in many years.

A robot with an implanted human conscience and limited lifespan awakens on a space station named the Eye.

Summary : A fascinating sci-fi game with unique play mechanics and a captivating narrative to boot.